Rebels see off Sunwolves with ease

The Melbourne Rebels calmly weathered a brief second half comeback to claim an emphatic 42-15 over the Sunwolves at AAMI Park.

Coming off a victory against the Queensland Reds last time out, the Rebels were oozing confindence and set the tone of the game early on with Reece Hodge barging his way over the whitewash from just a couple of meters out to open the scoring in the sixth minute.

Hodge found himself in the right place at the right time once again just nine minutes later, when he rounded out a superb passing move from the hosts with his second try of the night.

A key factor for the Rebels throughout the game was how much they dominated the breakdown and had won 20 rucks inside the first 20 minutes of the match.

This domination often left the Sunwolves defence unorganised and scrambling, a fact that Bill Meakes took full advantage of 20 minutes in, when he burst through a gap in the line to score his side's third try.

The visitors valiant attempts to claw their way back into the match were thwarted time and again as a brace of tries either side of half time for Semisi Masirewa were completely cancelled out by tries from Quade Cooper (39') and Hodge (60') to complete his hattrick.

Will Genia added the cherry on top of a magnificent performance from the home side with a stunning run to go over for the Rebels sixth try.

A perfect night with the boot for Cooper saw him six out of six conversions and help his side to a 42-15 win. 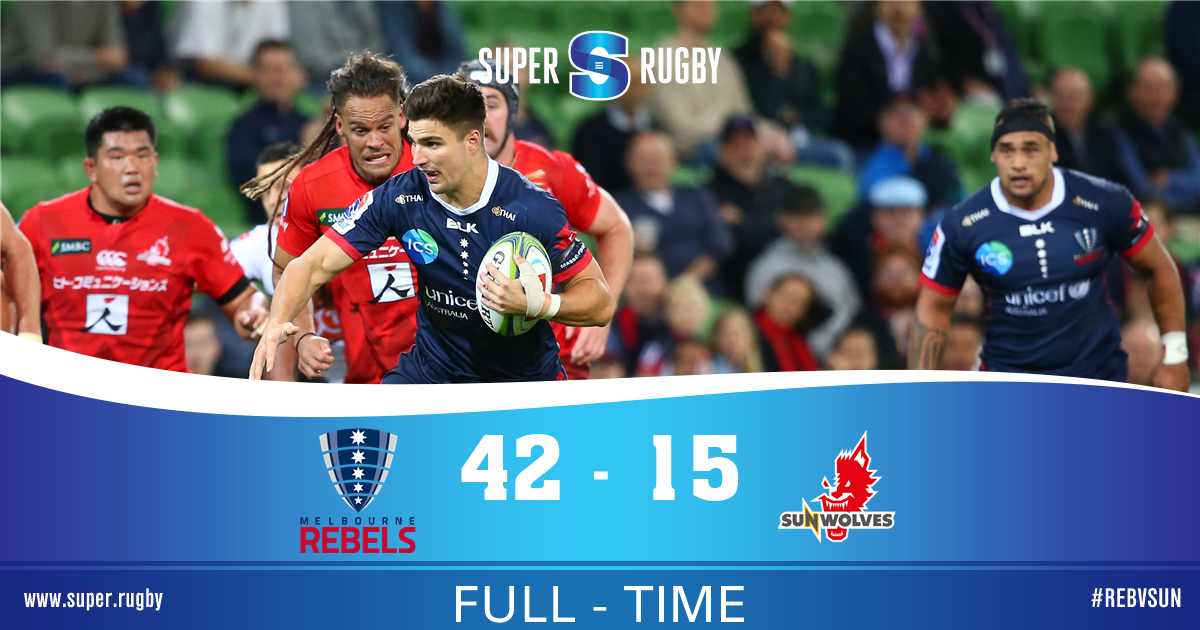