Reds come up short against Crusaders in a valiant effort

The Reds outscored the Crusaders four tries to three in Christchurch but still found themselves on the receiving end of a 24-20 loss.

It was the fourth win of 2020 for the New Zealand outfit who look capable of claiming another title under Scott Robertson, but they were pushed throughout by their stubborn opponents.

The Queenslanders were the better team in the opening period, touching down twice through Harry Wilson and Chris Feauai-Sautia, but they could only go into the break level at 10-10 before the hosts punished their profligacy in the second half.

Despite the sides trading two tries apiece, with George Bridge and Leicester Fainga’anuku going over for the hosts and Taniela Tupou and Henry Speight responding for the Reds, Richie Mo’unga’s goal-kicking was effectively the difference.

Brad Thorn’s men have struggled in the early stages of the season and this latest defeat – their fifth of the year – will not have necessarily improved his mood, but he would have been pleased with their display.

Although the Crusaders were dominant in the first 10 minutes, eventually touching down via All Black Joe Moody, the visitors proceeded to control the rest of the half.

They played some excellent rugby with Jock Campbell to the fore and the full-back found Feauai-Sautia on the right wing, who had an easy run to the line.

The home side responded with a penalty from the boot of Richie Mo’unga but Thorn’s charges were in the ascendency and finding holes in their opponents’ defence.

Hunter Paisami ran hard while the industrious number eight Wilson was once again impressive and the youngster was rewarded for his efforts with a try.

For the second time, Campbell was awry with the conversion and that lack of accuracy proved costly, with Mo’unga’s ability off the tee allowing the hosts to move away in the second period.

Bridge and Tupou traded tries at the start of the second period but the Crusaders’ fly-half added the extras to give them a two-point buffer and, when Leicester Fainga’anuku touched down following a brilliant move, it forced the Australians to chase the game.

To their credit, the Reds hit back magnificently, producing a superb attack which ended in Speight going over, but their missed kicks allowed the New Zealanders to escape with the victory.

In the early game, the Brumbies continued their impressive start to the season with a comfortable 47-14 triumph over the Sunwolves.

The Australians were too good for their opponents and were in control throughout the encounter, touching down seven times.

All the try-scorers were different with Ryan Lonergan, Will Miller, Rob Valetini, Toni Pulu, Tevita Kuridrani, Solomone Kata and Joe Powell all crossed the whitewash, while Efi Ma’afu and Michael Stolberg responded for the Japanese outfit. 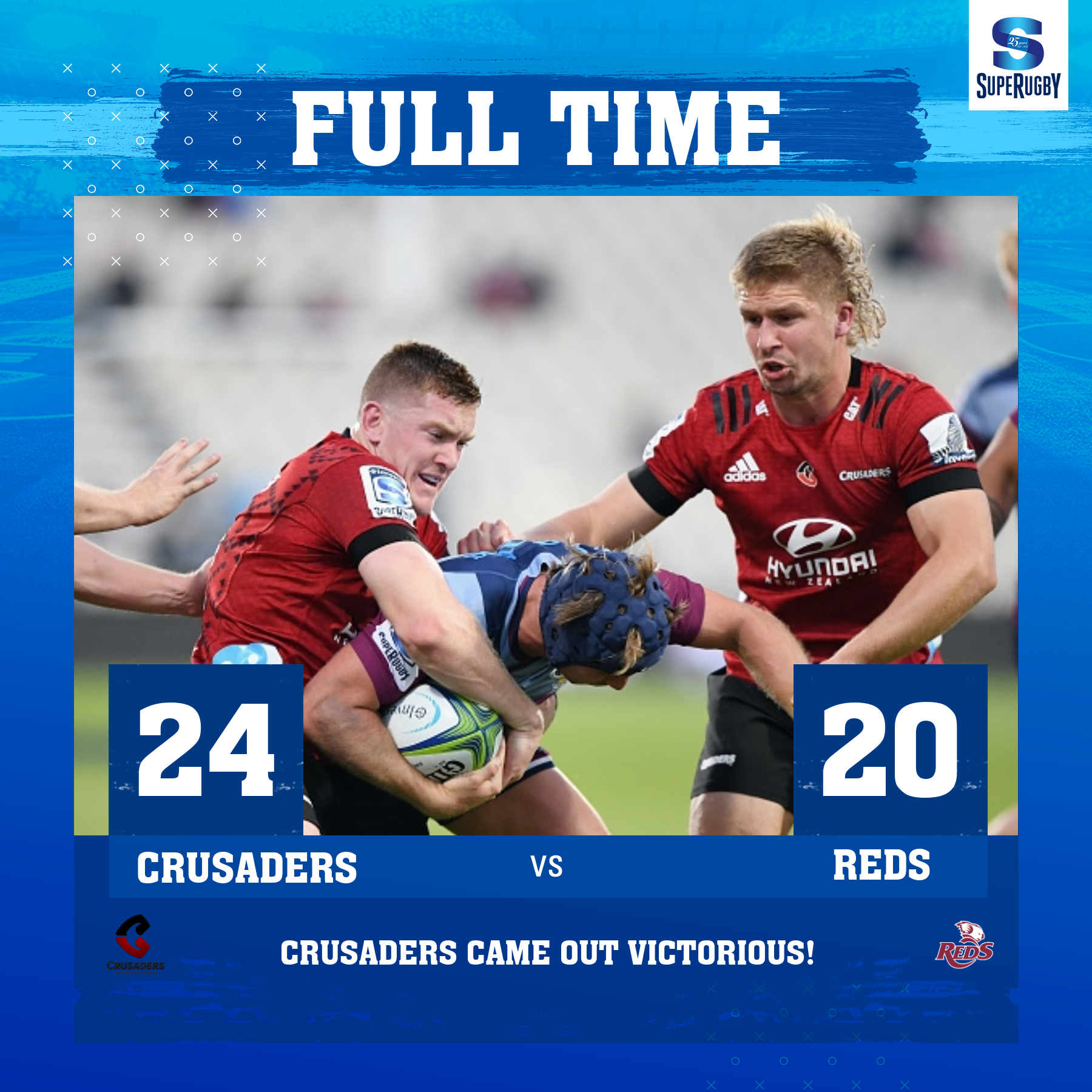