The Reds overcame a tenacious Waratahs side to kick off Australia's Super Rugby AU competition with a hard-fought 32-26 victory in Brisbane.

The result is a momentous one for the Reds, ending an 11-match losing run against the Tahs that stretches all the way back to 2013.

In a fast-paced and exciting game, momentum between the sides ebbed and flowed throughout, with the Reds dominating the early stages before the Waratahs came back strongly in the second half.

The Reds finished the stronger, however, and ultimately outscored the visitors four tries to two. Liam Wright, Filipo Daugunu, Tate McDermott and Harry Wilson scoring the Reds' tries, while the Waratahs’ five-pointers were scored by Harry Johnson-Holmes and Jack Maddocks.

Bryce Hegarty succeeded with three conversions for the Reds and James O’Connor added two penalties, while Will Harrison scored all the Waratahs’ other points courtesy of four penalties and two conversions.

The Reds had the better of the early exchanges and opened the scoring in the sixth minute courtesy of Wright’s try. The home side did well to string some phases together deep inside Waratahs territory in the build-up before Wright ran onto a pass from McDermott on his way over the tryline.

Shortly afterwards, the Waratahs struck back when Johnson-Holmes crossed the whitewash from close quarters. Harrison’s conversion meant the sides were deadlocked at 7-7 after 11 minutes.

The hosts soon regained the initiative and midway through the half Daugunu found himself in space deep inside his opponents’ 22 and stepped past Mark Nawaqanitawase before crossing for his side’s second try.

The Reds continued to dominate, particularly in the scrums where they shoved the Waratahs pack off the ball on several occasions. In the 27th minute, the visitors were reduced to 14 men when Angus Bell was yellow carded for illegal scrummaging.

From the resulting penalty, McDermott caught the defence napping with a quick tap and went over for his side’s third try. Hegarty added the extras before Harrison kicked a couple of penalties for the Waratahs which meant the Reds held a 19-13 lead at half-time.

The Waratahs reduced that deficit to three points when Harrison slotted a penalty shortly after the restart and then took the lead in the 48th minute courtesy of a well-taken try from Maddocks. This, after he gathered a well-timed inside pass from Lachlan Swinton and did well to glide through a gaping hole in the Reds defence before scoring under the posts.

That meant the visitors held the lead for the first time but the Reds were back in front in the 64th minute when Wilson crossed for their fourth try from close quarters.

That five-pointer was converted by Hegarty, which gave the Reds a 26-23 lead, but the home side were dealt a blow in the 67th minute when Taniela Tupou was sent to the sin bin for a late tackle on Harrison.

The Waratahs pivot slotted the resulting penalty which drew his side level again but despite their numerical disadvantage, the Reds finished stronger and sealed the win with O’Connor’s two penalties in the dying moments of the match. 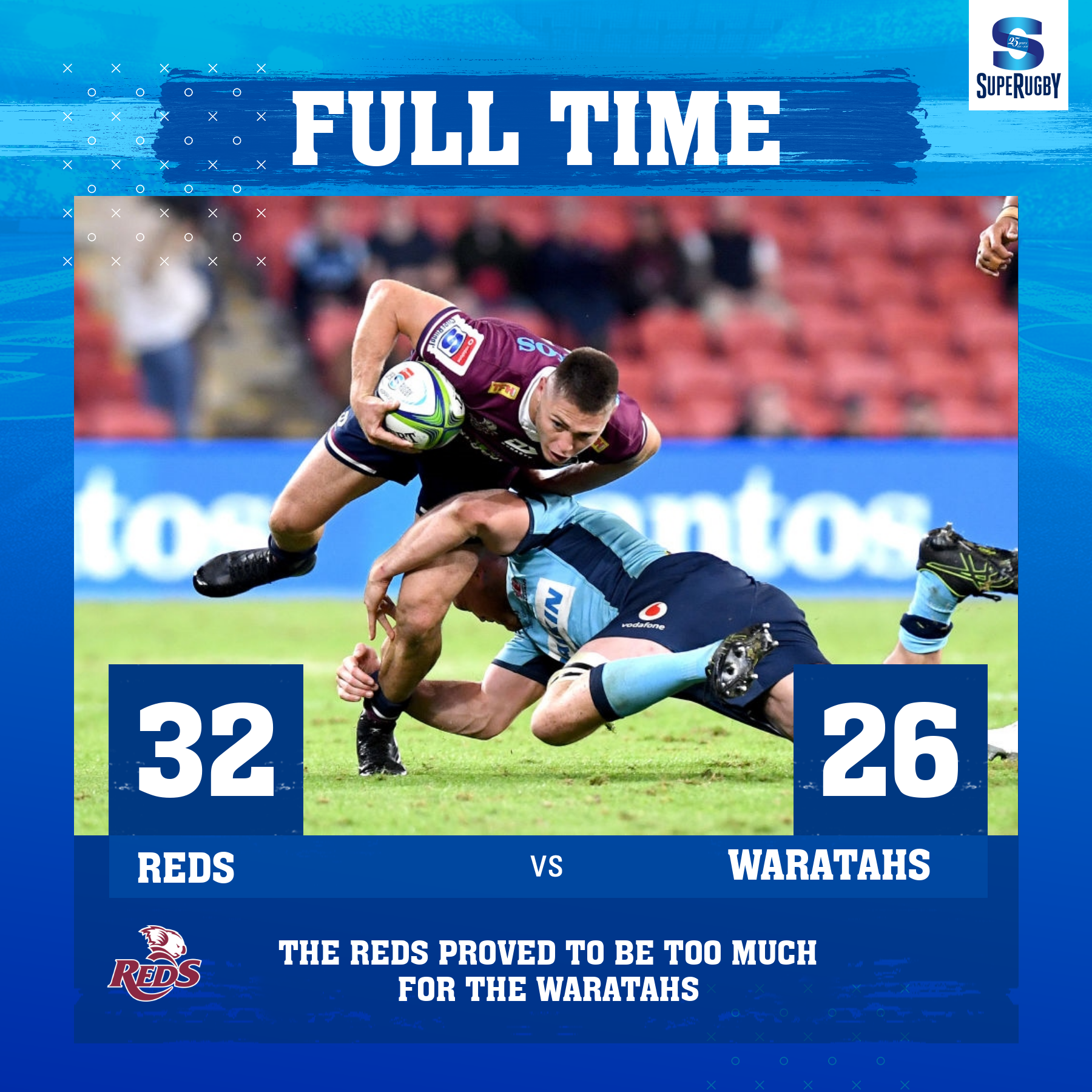