Reds run riot against the Sunwolves

The Queensland Reds ran in no less than 10 tries as they romped to a staggering 64-5 win over the Sundwolves in Super Rugby on Saturday.

The Australian outfit was looking to bounce back from the humbling defeat 43-27 they suffered at the hands of the Jaguares a week previously.

It was their first match at home this season after a disastrous tour to start their campaign and looked a completely different team from the one that took the field in Argentina.

In total, there were 10 different try scorers between the two sides with Tate McDermott grabbing a brace.

The home side was on the front foot from the opening kickoff with Liam Wright and Taniela Tupou both scoring tries inside the opening 10 minutes of the game. Jock Campbell was only able to convert the latter.

Hunter Paisami's converted score in the 12th stretched the lead to 19-0 before McDermott picked up his first try of the game, also converted by Campbell, around the half-hour mark after impressively busting through a couple of tackles.

Things went from bad to worse for the Sunwolves in the 32nd minute when Ben Te'o was sent to the sin bin for an apparent shoulder charge.

The Reds continued to run rampant in the first half with Lukhan Salakaia-Loto dotting down in the 34th minute before James O'Conner scored with the last move of the opening stanza. Neither try was converted but the homeside still had a massively imposing 36-0 lead at the break.

It was more of the same as the Sunwolves appeared to be completely toothless in defence and had very little answer to the Reds relentless attacking play.

McDermott added his second shortly after the restart before Hamish Stewart bagged his first and only try of the game. Both inside the opening 10 minutes of the second half and both converted by Campbell.

The match lost a bit of rhythm after that as both sides began ringing the changes and introduce some fresh legs onto the pitch.

The visitors made the most of the respite they were given and even managed to score a try of their own in the 65th minute through Siosaia Fifita, though it went unconverted. 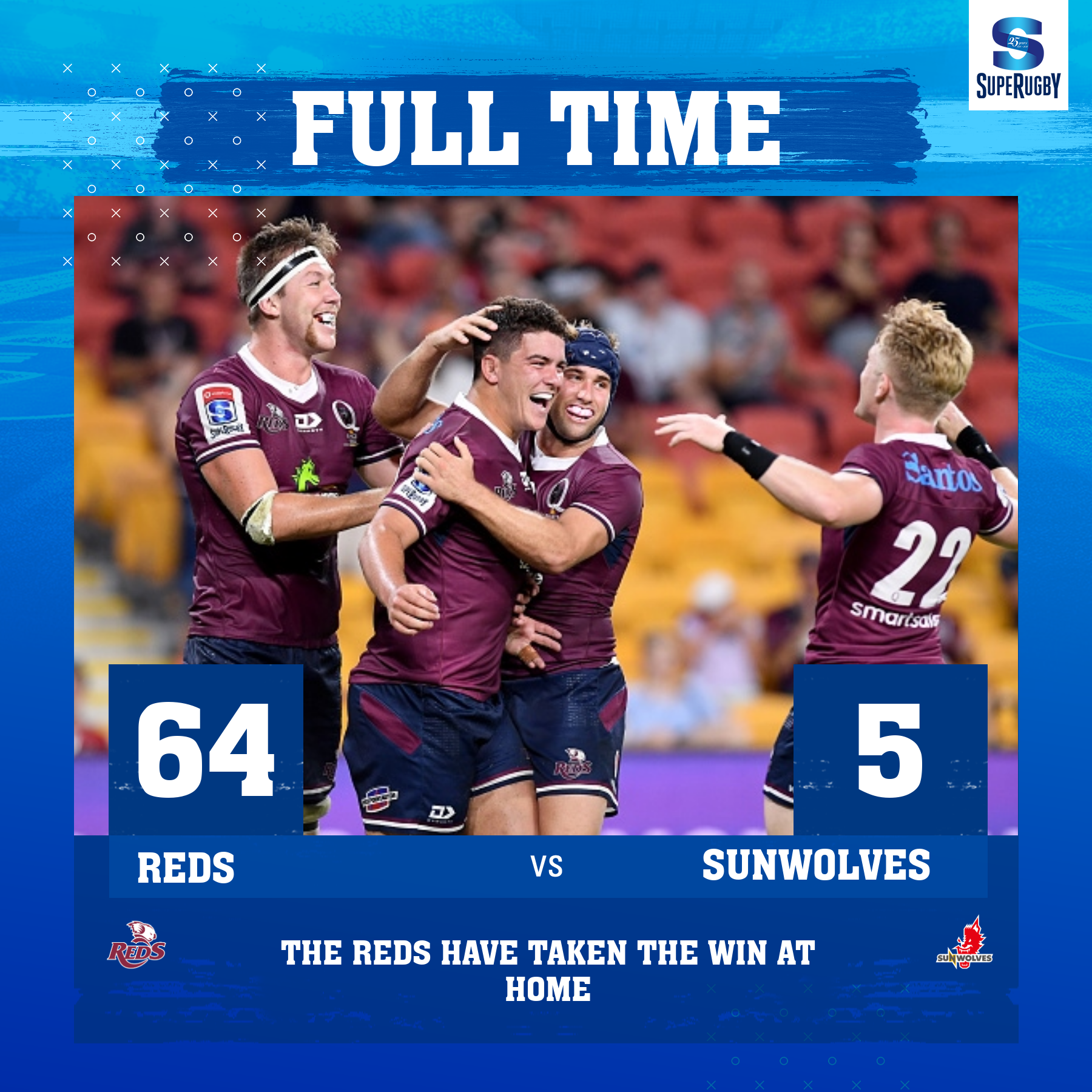