Super Rugby Aotearoa kicked off with law variations and a clamp down by referees at the breakdown so how have teams coped at the ruck and securing quick ball?

There is bound to be more fire in the ruck when it comes to derbies in Super Rugby, and with an all-New Zealand competition lighting up the highlight reels in the last two weeks it is no surprise to see significant changes in the composition of the ruck.

The Blues have shot out to an early lead in Super Rugby Aotearoa after winning their opening two games of the competition and they have done so despite having a significantly slower ruck speed than any of their opponents. 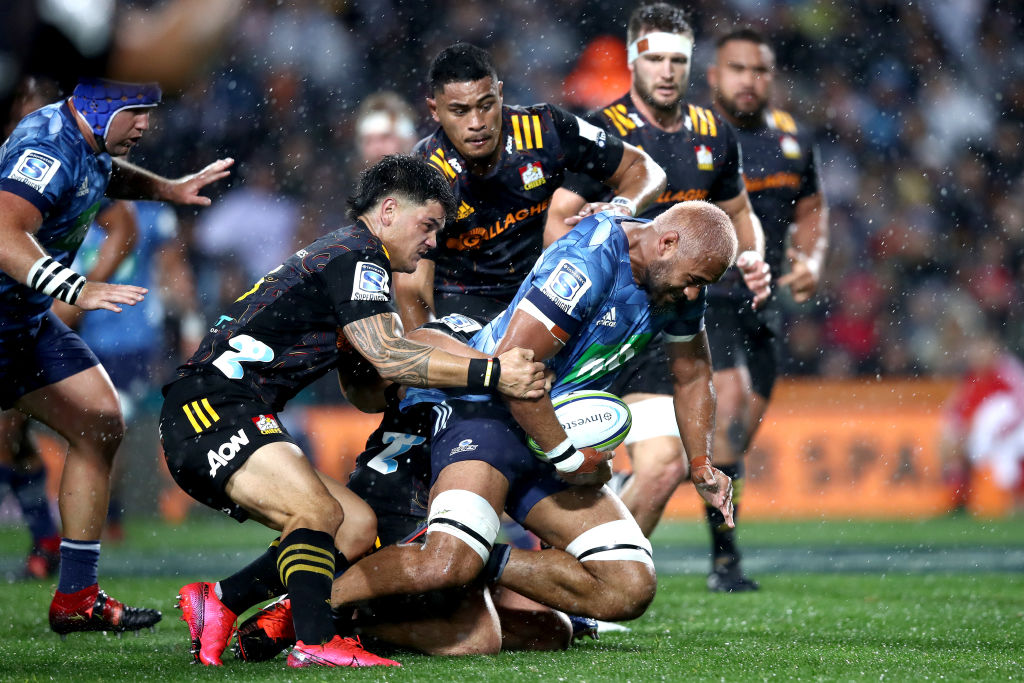 The Auckland side have taken a competition high 4.3 seconds to complete a ruck on average in Super Rugby Aotearoa – the only team above the four second mark. They are also the only one of the five teams to have increased their average ruck time in comparison to the figures that they were managing throughout the first segment of the 2020 Super Rugby season.

The Chiefs and Crusaders (3.28 seconds apiece) have had the quickest average ruck speed of any team in the competition this season. Both represent significant boosts in speed on the benchmarks they had set in the first segment of the 2020 Super Rugby season.

It is the Hurricanes who have sped their game up the most in the break between campaigns, though. They managed an average ruck speed of 4.16 seconds in Super Rugby 2020, the third slowest of any team in the competition and the slowest of any team not based in South Africa. They have certainly addressed this area of their game since returning to the field, though. Super Rugby Aotearoa has seen the Hurricanes measure an average of just 3.44 seconds per ruck, an improvement of 0.71 seconds per ruck. Their current figure ranks them third among the current crop of teams in the New Zealand competition, but it’s important to note the improvement given that it is a faster average than any single team managed throughout the first segment of the 2020 Super Rugby competition.

The increase in speed of the five New Zealand teams at the ruck in Super Rugby Aotearoa has not come without a price, however. All but one of the squads have seen a drop in the percentage of rucks they have won in comparison to the figures that they had managed throughout the first segment of the 2020 Super Rugby competition.

The Highlanders have struggled the most with the new pace at the ruck, with their ruck success rate dropping a staggering 13.8 percentage points from their 96.1% success rate in the 2020 Super Rugby season. They have gone from being the second-ranked New Zealand team in this regard to being the last.

Likewise, the Blues (-4.9pp), Crusaders (-4.3pp) and Chiefs (1.8pp) have all seen declines in the quality of their rucks despite the latter two squads speeding up their game in the local competition. The Hurricanes stand out as the only team among the five to have managed an improvement in this area. The Wellington outfit have a ruck success rate of 96% through their Super Rugby Aotearoa campaign thus far – significantly higher than that of any of the other four clubs.

After only two weeks of Super Rugby Aotearoa action we have seen a drastic shift in the nature of the ruck. Teams will need to come to terms with the faster contest if they are to keep pace with the top of the ladder.