When is the right time to score? Some teams are fast starters whilst others like to finish strongly...

Super Rugby is now in full swing across Australia and New Zealand, with both competitions throwing up their own unique storylines for fans to follow.

One of rugby’s endearing qualities, indeed, for any sport is the capacity for the game to change at the drop of a hat, as a match ebbs and flows and teams are forced to adapt to different situations. With this in mind, let us take a look at how teams have performed in Super Rugby Aotearoa and AU, quarter by quarter.

The Blues have sprung out of the blocks in Super Rugby Aotearoa and have many fans dreaming of a first taste of silverware since they lifted the title in 2003. The Auckland-based side have scored six tries in the opening quarter of matches in Super Rugby Aotearoa, double the amount of any other side. Indeed, only the Crusaders (6) in the fourth quarter have scored as many tries in any such period during games. After three rounds of Super Rugby AU only the Brumbies (4) in the 20 minutes leading up to half-time have scored more than three tries in any quarter of games in the campaign.

How have the players fared in these quarters? Only three individuals have clocked 100+ metres gained in the opening quarter of games of Super Rugby Aotearoa, with joint-leaders Damian McKenzie (119) and Mark Telea (119) joined by the Hurricanes’ Ngani Laumape (108). Telea has beaten an impressive eight defenders in this period for the Blues, more than any other player and three more than any other player. Laumape (4) leads the way for clean breaks in Super Rugby Aotearoa in the first quarter of matches.

The Highlanders’ Dillon Hunt has made more tackles (23) than any other player in the first quarter of matches in Super Rugby Aotearoa, in fact he is the only individual to have made 20+ such tackles. Meanwhile, one of his teammates in Shannon Frizell (8) has crossed the gainline on more carries than any other player in this period. The Hurricanes’ James Blackwell (2) is the only player to have stolen multiple lineouts in this period off the opposition’s own throw. 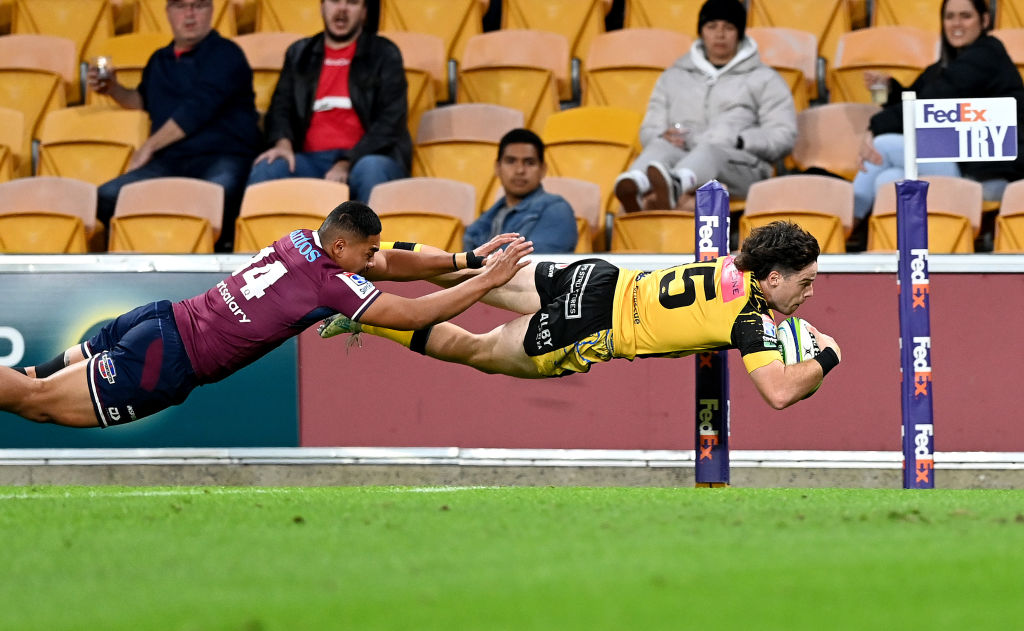 Over in Super Rugby AU the NSW Waratahs’ stalwart Michael Hooper continues to enhance his reputation as a total workhorse. Not only has he made the most tackles (16) of any player in the last quarter of games in the competition, he is yet to miss a single attempt in the closing stages – no easy task indeed. It’s even more impressive when you consider not one other player to have made double figures in tackles during this time boasts an unblemished 100% success rate.

As we continue along the respective paths of Super Rugby AU and Super Rugby Aotearoa, which other players will make the most of the opportunity to shine in a game and shape the course towards victory for their team? Each quarter is a must-win battle in order to be standing tall at the end with a victory in hand.