Sharks down Reds to pick up another road win

The Sharks continued their strong start to the 2020 Super Rugby season with a deserved 33-23 triumph over the Reds in Brisbane on Saturday.

Sean Everitt’s men have enjoyed an impressive opening to their 2020 campaign and despite going into the break 11-8 in arrears, they were able to take control of the contest in the second half.

Henry Speight’s try and two Jock Campbell penalties had given the Australians a three-point buffer at the break, but Kerron van Vuuren, Dylan Richardson, Lukhanyo Am and Madosh Tambwe crossed the whitewash to secure an important win.

Although the Sharks struggled with ill-discipline in the opening period, you could not question their endeavour and physicality, and they regularly pressurised the hosts’ attack.

Their line speed was superb and often sent the opposition into reverse, but the visitors committed far too many infringements early on and allowed Campbell to open the scoring off the tee.

Curwin Bosch then responded with an effort of his own before Everitt’s charges manufactured the first try of the game through their trusty maul. They set up the drive just inside the Reds 22 and the Aussie outfit were powerless to stop it as Van Vuuren touched down.

The Sharks initially failed to build on that score, however, and the Reds hit back when deft hands from James O’Connor saw Speight cross the whitewash.

Campbell missed the conversion but the full-back was successful with a penalty attempt after half-an-hour to give his side an 11-8 advantage at the interval.

Evidently frustrated by their first-half efforts, the South Africans began the second period on the front foot and went back in front as Richardson powered his way over from close range.

Bosch added the extras to make it 15-11 but the home side impressively pegged them back once again. The Reds put pressure on the visiting rearguard before the consistently outstanding Tate McDermott caught the Sharks defence unawares and touched down.

The hosts had the momentum following that effort from the scrum-half, but it was extinguished by a pair of Bosch three-pointers.

It was still finely poised going into the latter exchanges but Am displayed his qualities to seal the win. With Brad Thorn’s men probing for the score which would potentially snatch the victory, the South Africans’ defensive linchpin produced a trademark intercept to put the result beyond doubt.

The Reds were forlorn and their opponents duly pounced, scoring the try of the game through Madosh Tambwe, but the Brisbane outfit mustered one final surge as Ed Craig crossed the whitewash to garner a semblance of consolation for his team. 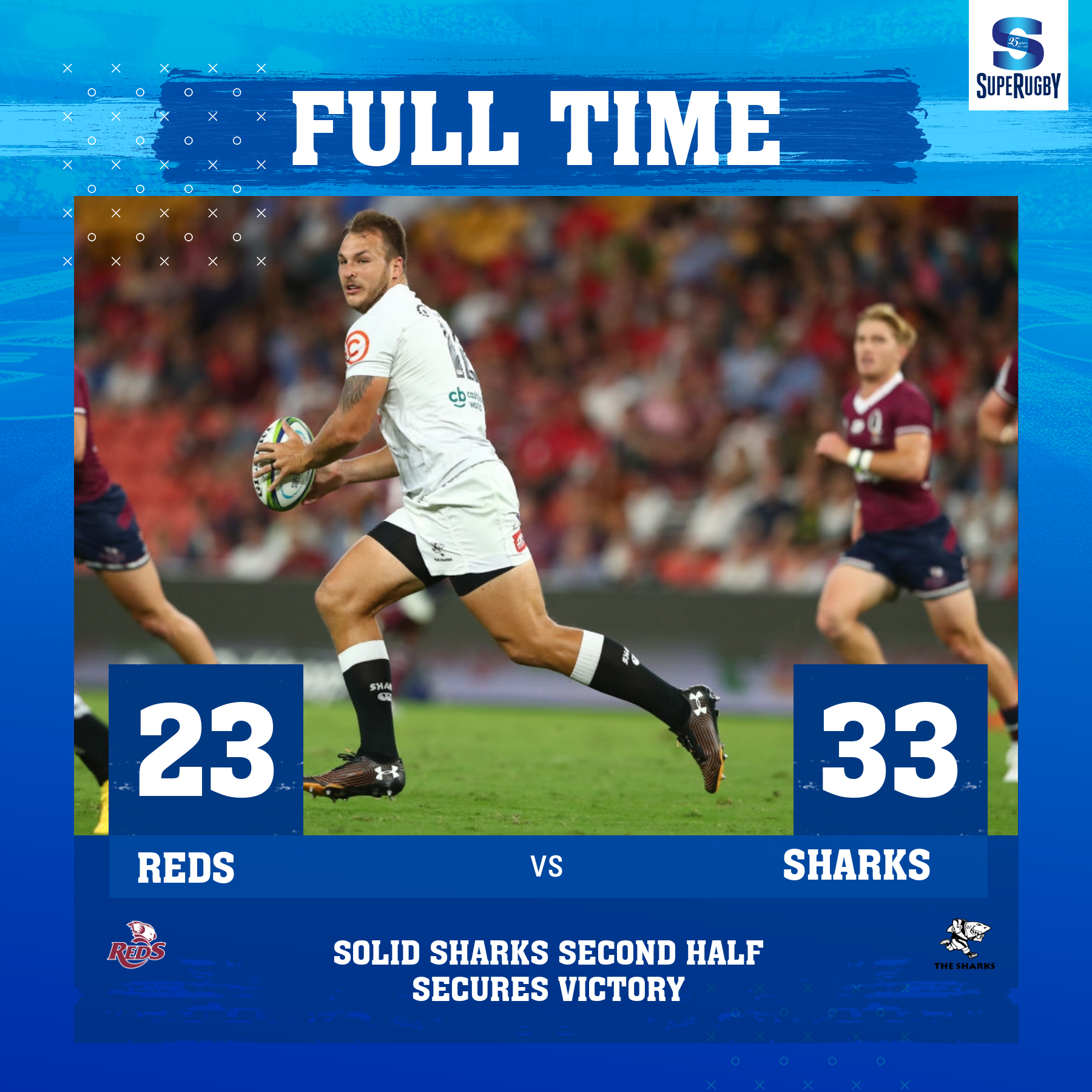