The inconsistent Sharks were handed yet another reality check as they were thrashed 51-17 by the Jaguares at Kings Park Stadium in Super Rugby.

It felt like they had turned a corner last weekend when they delivered a similar drubbing to the Lions, but alas it seems as if their positive result was the fluke rather than the norm.

The match began very poorly for the hosts as Tomas Cubelli went over for the first try less than three minutes in after a blistering showing of pace by Tomas Lezana.

Despite hitting back with a converted Hyron Andrews try and even taking the lead briefly thanks to a Rob du Preez penalty, the first half as a whole will be 40 minutes of rugby many Sharks fans will want to forget.

Two further tries for the Jaguares by Pablo Matera and Matias Orlando left the home side reeling at 21-10 at half time.

Unfortunately things did not improve after the break, making this an entire match of rugby the home fans will hope to never remember or see repeated.

Matera added his second try of the game less than 120 seconds after play resumed after the break.

An unconverted Matais Moroni try in the 53rd minute left the Sharks with a mountain to climb at 36-10 and even when they showed a glimpse of class to claw a few points back thanks to a Aphelele Fassi try it always felt like it was mere consolation.

Orlando then bagged two more tries in the 66th and 80th minutes to complete his hattrick and a thoroughly dominating performance by the Argentine outfit. 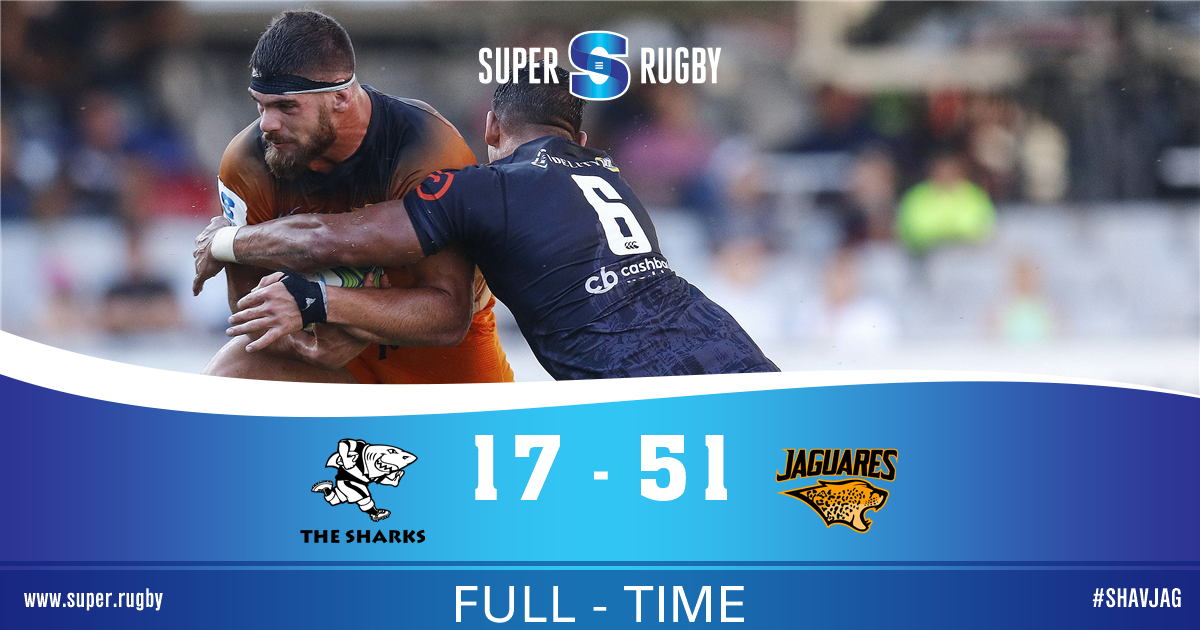