The Sharks were unable to take advantage of the Jaguares’ slip up earlier on Saturday after succumbing 27-16 to the Stormers in Cape Town.

The first half was controlled by the home team, who touched down three times through Cobus Wiese, EW Viljoen and Raymond Rhule, while the visitors’ response was provided by three Robert du Preez penalties.

They hit back in the second period through Kobus van Wyk’s try and pressed for another, which would have potentially seen the Sharks take the win, but Josh Stander’s brace of penalties secured the victory for the hosts.

It was a fine performance to end the campaign by the Stormers, who had suffered four defeats in a row, and they severely dented the visitors’ ambitions in the process.

The Sharks have been in good form recently, going into the contest after securing four victories in six matches, and they started this game well, but it ultimately did not last.

They earned a penalty after only two minutes and Du Preez, who has enjoyed an impressive season, was on target from the tee as the away side moved 3-0 ahead.

His opposite number was Josh Stander, with the hosts dealt a blow following the late withdrawal of Jean-Luc du Plessis, but the fly-half helped create the Stormers’ opening try. Stander slipped the ball to Damian de Allende and the centre found Wiese, who duly crossed the whitewash.

Du Preez responded with two more penalties, which took them back in front, but the Cape Town outfit were looking dangerous in possession and they touched down for the second time as a period of pressure ended in Viljoen finishing.

The Stormers continued to create chances and Dillyn Leyds, on his 50th appearance for the franchise, created the score, finding Sikhumbuzo Notshe and the number eight provided the assist for Rhule to go over.

At 12 points down, Robert du Preez Snr needed a response from his charges in the second half and he immediately received it as Van Wyk went over from close range.

They were almost in again 10 minutes later when Lwazi Mvovo scampered across the line but, after consultation with the TMO, Lukhanyo Am’s pass to Van Wyk was deemed to be forward in the build up.

Matters worsened for the Sharks in the final quarter when Stander added a three-pointer and, when Am’s effort was ruled out late on, the Stormers’ victory was effectively confirmed.

The hosts ended the game on top and their pivot completed the win from the tee. 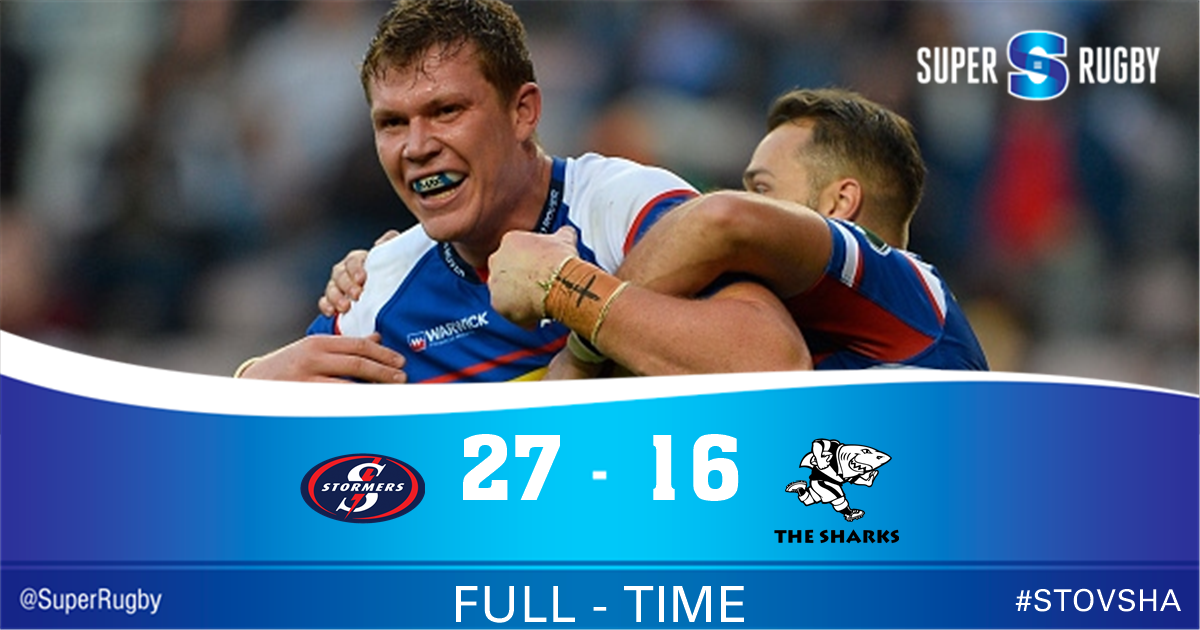