The Sharks made the most of their numerical advantage, thanks to a Jed Holloway red card, to claim a morale-boosting 23-15 win over the Waratahs at the Parramatta Stadium.

The South African outfit would have arrived in Australia without much hope of a positive result after a disaterous end to the home leg of their season in which they were thrashed by the Jaguares and beaten by the Reds.

However, they displayed an impressive amount of guts and determination in a bruising opening 40 minutes of the encounter.

The Waratahs were guilty of not putting the Sharks under pressure early enough and allowed them to make their stamp on the match when Daniel du Preez went over for the first try in the 13th minute.

The hosts answered back with a seven-pointer of their own courtesy of Jake Gordon 11 minutes later and the half time score of 10-10 was a fair reflection of the back-and-forth nature of the match.

It all went a bit haywire after the break though when Holloway, apparently taking issue with Thomas Du Toit holding his shirt, threw an elbow into the Sharks Prop's face to earn himself a red card. For some reason Du Toit was also shown a yellow card.

Things went from bad to worse for the Waratahs who found themselves down to 13 players in the 13th minute when Jack Dempsey was yellow carded for a dangerous tackle on Sibusiso Nkosi.

Smelling blood in the water, the Sharks seized the initiative with an Andre Esterhuizen try in the 52nd minute, followed by two Curwin Bosch penalties.

To give the home side their due, they never stopped fighting and were rewarded with a consolation try deep into injury time when Bernard Foley stepped expertly past Nkosi to go over line and bring the final score to a much more respectable 23-15. 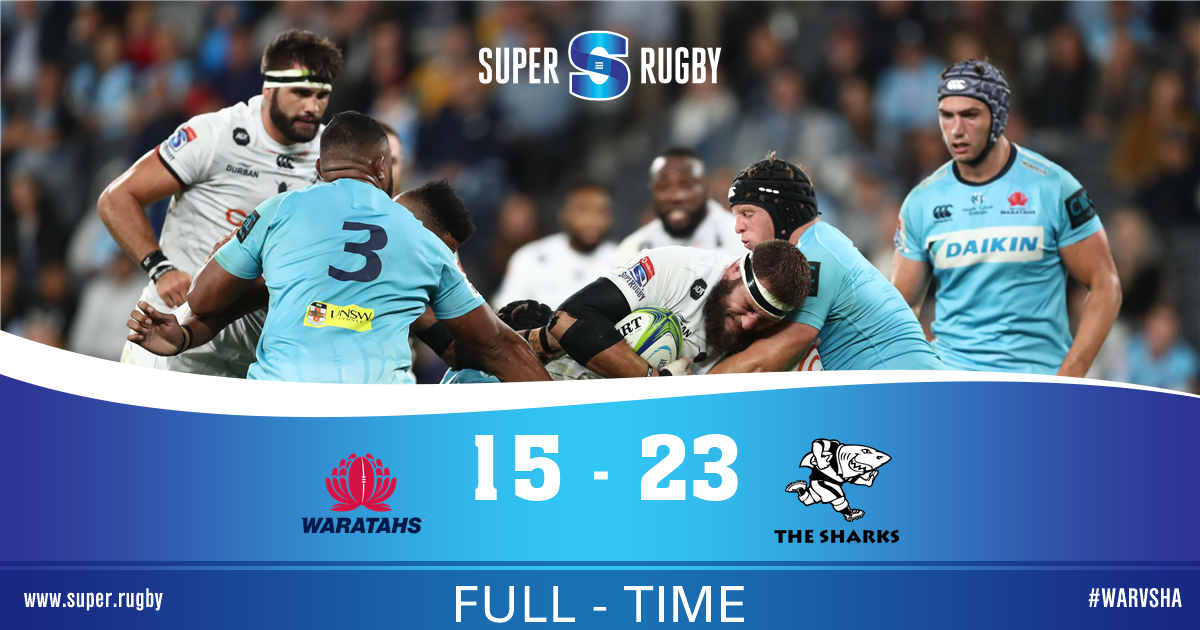