A battle of attrition at Kings Park on Friday night saw the Sharks beat the Cheetahs 19-13 with a late match-winning try in their Super Rugby Unlocked encounter.

Both sides went all out in the opening stages of the game as the ball travelled from end to end in the first 15 minutes, but without any real success where it counts.

Points were hard to come by in the first half but both captains turned down opportunities to go for the three points as they aimed to find the breakthrough via the tryline.

Neither team could find a five-pointer as the play was too scrappy and error-ridden to be conducive to flowing attacking phases.

In the 34th minute Curwin Bosch finally made an attempt at three points and successfully converted the penalty to give the Sharks a 3-0 lead.

The Cheetahs had a chance to level matters two minutes later, but Tian Schoeman missed the attempt and the hosts maintained their slender gap.

On the stroke of half-time the Sharks' lead was doubled when Bosch slotted another penalty for a 6-0 scoreline at the break.

The Cheetahs finally broke their egg nine minutes into the second half as Schoeman this time put the ball through the poles to reduce the deficit to three points.

The home team appeared to score the first try of the game when Jeremy Ward followed up Bosch's up and under to score in the corner, but the TMO was consulted and the try was overturned.

Despite the setback, the Sharks were at it again shortly thereafter and Bosch converted a 55 metre penalty to make it 9-3 to the hosts with a brilliant kick.

Foul play from the Sharks gave the Cheetahs an opening to get back to within three points, and Schoeman made no mistake as he made it 9-6.

In the 72nd minute the travellers hit the front for the first time as they scored the opening try of the game. An attacking scrum led to a clever backline move which put William Small-Smith through for five points, and Schoeman converted to put his side 13-9 ahead.

The Free State outfit appeared to have snatched victory with that try. However, their Durbanite opposition kept hammering away and found a try of their own at the death as Madosh Tambwe crashed over the line to round off a move started by Bosch's cross kick. The flyhalf converted and went on to slot another penalty for a 19-13 win. 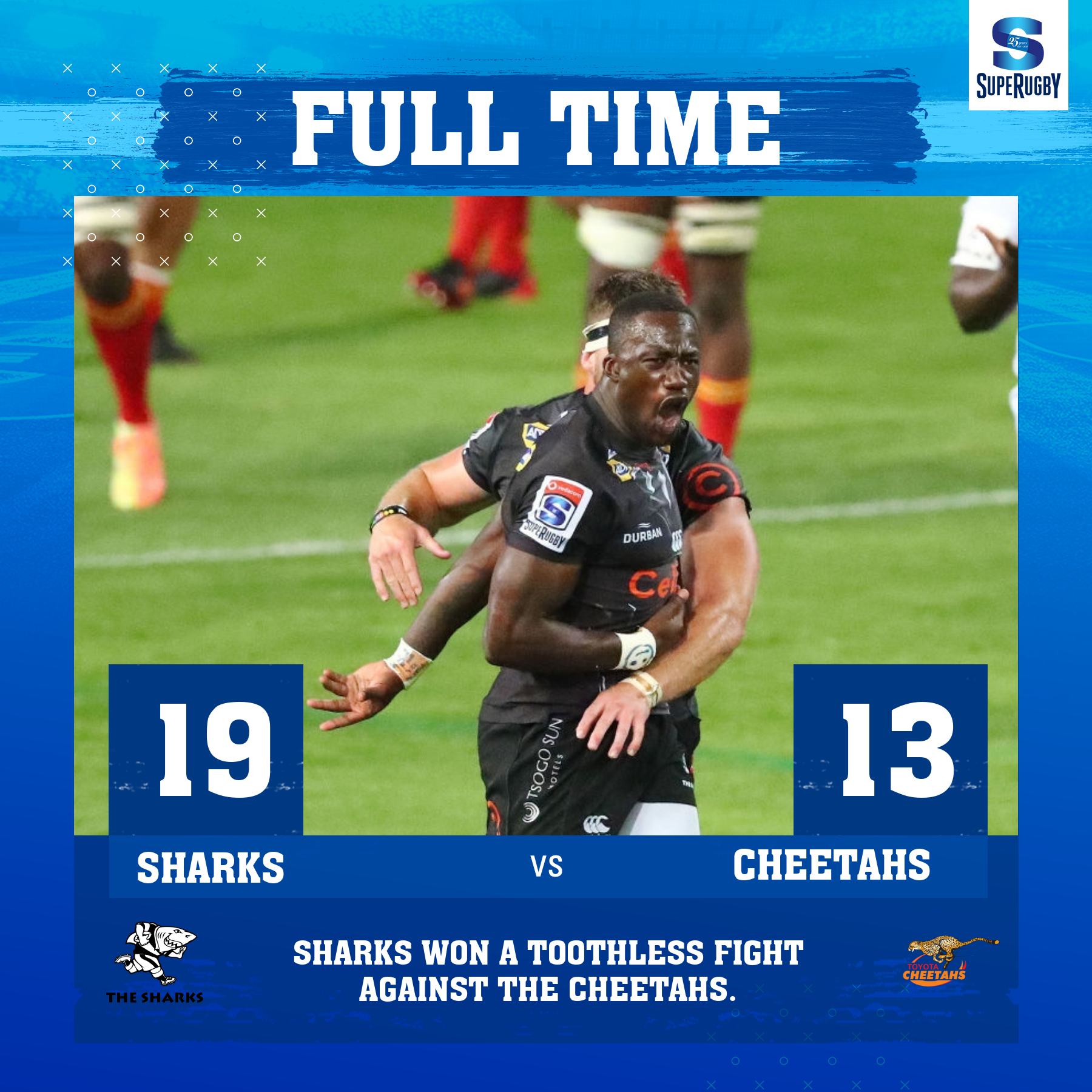