Sharks see off Rebels to return to winning ways

The Sharks ended a two-game losing streak in Super Rugby with a convincing 28-14 win over the Melbourne Rebels at Kings Park Stadium on Saturday.

The home side grabbed the lead after just seven minutes courtesy of eighth man Daniel du Preez, who picked the ball up off the ground and scored after it was carried to the tryline from an attacking five-metre scrum.

Namesake Robert du Preez added the extras, and then made it 10-0 not long after when he slotted a three-pointer following a penalty at the scrum.

It took the Rebels just four minutes to respond, however, as they opened their account with a seven-pointer courtesy of a simple backline move.

From a lineout around the 22, the ball was moved to the center before flyhalf Quade Cooper threw a long pass out wide where Tom English collected it and jogged over in the corner.

Du Preez would add another penalty goal five minutes later to hand the Sharks a six-point advantage, but the Rebels would take the lead shortly after courtesy of some fantastic footwork from fullback Jack Maddocks, who was able to sidestep several Sharks defenders before darting over the line and dotting down.

The conversion from Cooper gave the Rebels a 14-13 lead, but the Sharks ensured they went into half-time with their noses in front after Angus Cottrell was pinged for holding on in a kickable position.

Some strong defence was required to keep the Rebels at bay early in the second half, and the Sharks were rewarded for their resolve by another seven-pointer in the 52nd minute.

After English was forced to kick the ball into touch close to his own tryline under pressure, the Sharks won the lineout, and after a couple of phases scrumhalf Louis Schreuder sent a pass out right for Robert du Preez to score.

Five minutes later, the Sharks had their third try of the evening courtesy of Makazole Mapimpi on the wing.

It was a simple backline move to the left that allowed Robert du Preez to offload it to the speedster, who went over in the corner to give his side some breathing space.

Mapimpi looked to have made absolutely sure of the result six minutes from time when he sold a massive dummy to create acres of space before running over unopposed for his second try of the evening, but a TMO referral led to the try being disallowed due to a dangerous tackle from Marius Louw.

The decision made no difference to the final result, however, as the Sharks protected their lead with a minimum of fuss to leapfrog the Stormers into second place in the South African Conference table. 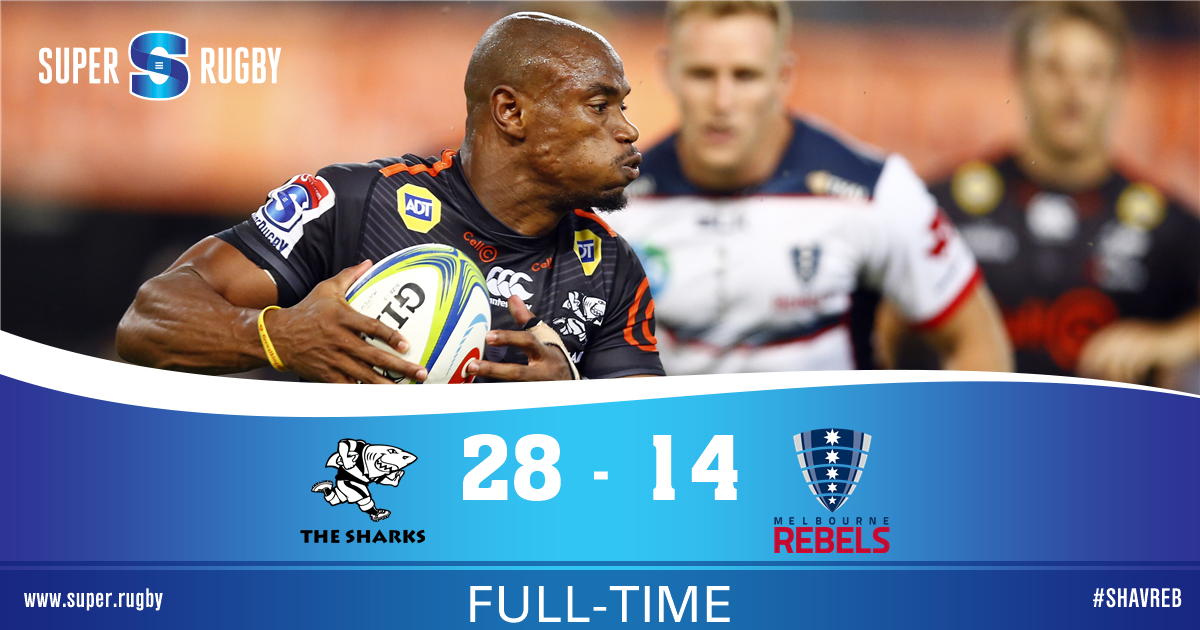