The Sharks had to survive a late onslaught but opened their Super Rugby Unlocked campaign with a narrow 19-16 win over the Lions at Kings Park Stadium on Friday.

The home team took four points from the contest in the opening game of the tournament while the visitors walked away with a losing bonus-point.

The Sharks opened the scoring as early as the fifth minute when Werner Kok scored his first try for his new team.

The ex-Springbok sevens star was released down the left wing by centre Lukahnyo Am after brilliant hands initially by flanker Phepsi Buthelezi.

The hosts were certainly the more dominant side in the early stages of the contest, with both forwards and backs showing good ball skills and willing to give it some air.

The Sharks though did not convert their dominant possession into any further points and the visitors started to get more into the game.

Rabz Maxwane almost gave the Lions their first points when he flew down the left-wing and dotted down but the TMO ruled that the flyer stepped into touch in the process of dotting down.

Fly-half Curwin Bosch then extended the Sharks' lead to 13 points when he converted two penalties in quick succession as the hosts continued to dominate their opponents at the breakdown.

The Lions needed a response and muscled their way up-field and good forward play allowed them to get on the scoreboard through an Elton Jantjies penalty.

The visitors then piled on the pressure to reduce the deficit even further as the clocked ticked down to halftime but they were thwarted by some brilliant Shars defense.

The Lions though did cut into the Sharks' lead early after the restart as Jantjies' quick thinking allowed winger Jamba Ulengo to dot in the corner.

The visitors received a penalty under the poles and the Springbok fly-half caught the Sharks defence napping with a cross-kick that fell perfectly in the arms of Ulengo.

Jantjies converted from the corner to make a three-point game with more than 20 minutes remaining.

Bosch and Jantjies then traded penalties as the contest became tighter and handling errors from both teams put paid to several attacking moves.

The Lions made it 16-16 with 10 minutes remaining as Jantjies again converted from the tee but Bosch showed his pedigree with the boot as he put his side back in front just three minutes later with a long-rage effort.

There was drama towards the end of the game as Jantjies was unlucky to see an effort hit the upright that would have leveled the scores.

And then, with the last play of the game, the Lions received a penalty under the poles but Jantjies opted to scrum and go for the win instead of settling for a draw.

The Lions though were penalised for a scrum infringement that allowed the hosts to close out a tight contest and get off to a winning start in the Super Rugby Unlocked competition. 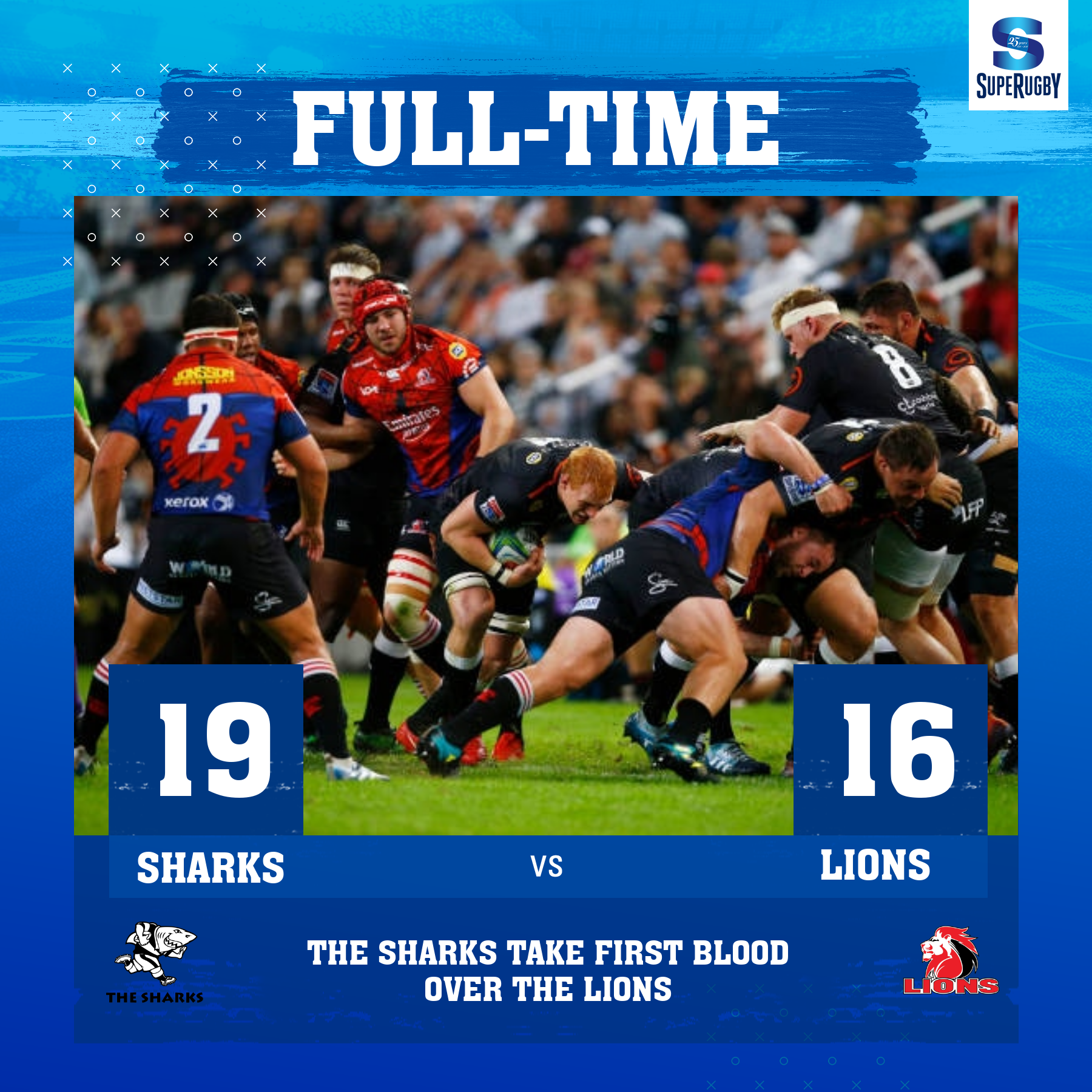