Sunwolves' fly-half Hayden Parker is undoubtedly the tournament's top goal kicker with an amazing percentage and accuracy... how good is he?

Hayden Parker has proven to be arguably the best and most reliable goalkicker in Super Rugby in recent seasons, highlighted by the fact he has missed just two of 36 kicks at goal so far this year for a rate of 94% - the best rate of any player to attempt 15+ shots at goal.

Even more impressive is the fact that in 2018, the Sunwolves fly half slotted 38 consecutive kicks between April and July, before finally missing one. After that Parker knocked over another 33 straight kicks before missing against the Rebels at the beginning of April this year. 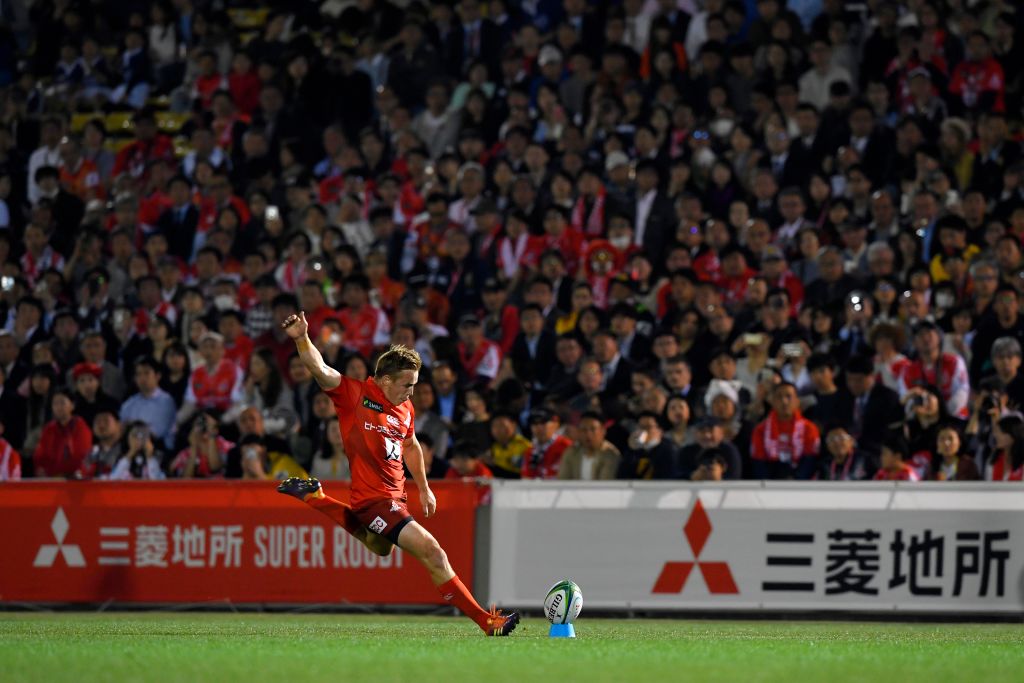 Often we might expect a goal kicker with an extremely high goal kicking success rate to have great numbers as a result of taking the easy kicks and turning down the difficult ones, however Hayden Parker has proved during his time with the Sunwolves that, despite his incredible numbers, this certainly doesn’t apply to him.

So, just how impressive has Parker’s kicking off the tee been? And how would the ‘average’ kicker compare if they had to fill his boots? OptaPro’s data science team delved deeper into the numbers posted by the 28-year-old and compared it to other Super Rugby goal kickers over the last two and a half years: 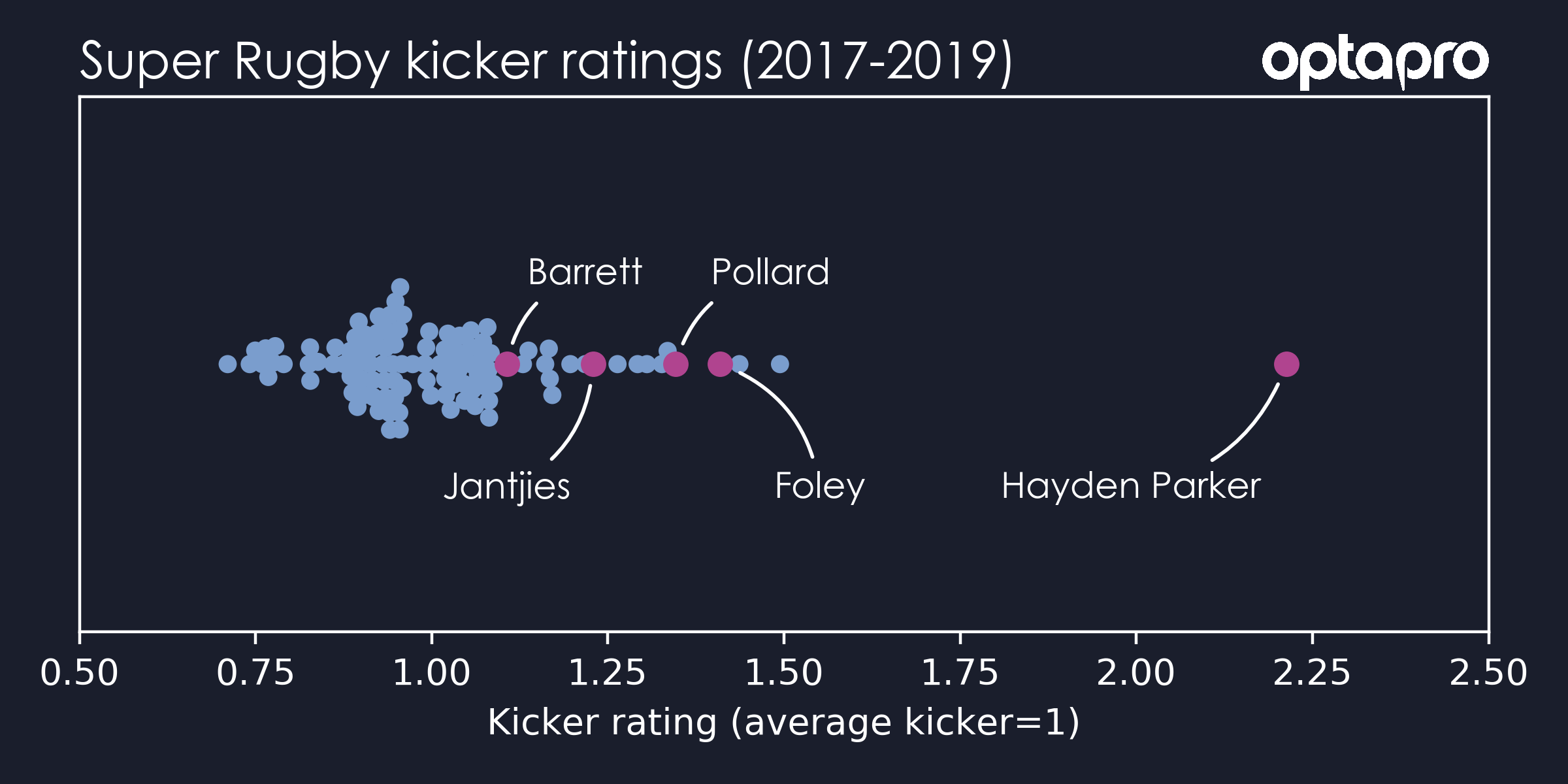 The OptaPro data science team have developed a Bayesian model to calculate the probability of a conversion or penalty kick being successful based on the location of the kick on the pitch and the altitude of the stadium. The model also includes the identity of the player taking the kick, allowing us to quantify their kicking ability compared to an average player. Hayden Parker is the clear stand-out among kickers in Super Rugby over the past two and a half seasons. Based on the model, we would have expected an average kicker to convert 77% of Parker’s kicks at goal but his actual success rate has been a staggering 95% and illustrates his remarkable kicking ability.