Stormers put Griquas to the sword in second-half blitz

The Stormers ran in four of their six tries in the second half to secure a 39-6 victory over the Griquas at Tafel Lager Park on Saturday.

The Stormers were dealt an early blow when Edwill van der Merwe left the field in the opening exchanges to be replaced by Ruhan Nel.

The Stormers opened the scoring in the eight minute. David Meihuizen did brilliant work for the away side to steal the Griquas' lineout. The ball was swung out right to Gelant, who stepped and dummied his way in between a couple of defenders before getting the offload away for Nel, who played the final pass for Van Rhyn to bash his way past the last defender and go over in the right-hand corner.

Griquas flyhalf Tinus de Beer got his team on the scoreboard with a penalty to reduce the Stormers' lead to 5-3 after 12 minutes.

The Stormers got back on the front foot quickly and after a few driving mauls they won a penalty on the 22. Willemse dissected the uprights to make it 8-3.

The visitors started to play some eye-catching ball-in-hand rugby. Paul de Wet played a pop pass of his hip for Gelant to once again bamboozle the Griquas defence with his footwork before putting Fouche over for the try. Willemse added the extras as the Stormers took a 15-3 lead in to the interval.

De Beer nailed a penalty between the poles to cut the deficit to nine at 6-15 after Stormers eighth man Augustus was guilty of a double roll.

The Stormers scored their third try of the match in the 48th minute. The Griquas tried to run the ball across their backline but spilt it in midfield and the ball was kicked ahead by JD Schickerling with Sevens star Angelo Davids showing his searing pace and brilliant finishing abilities to dot down in the left-hand corner.

John Dobson's side were playing some terrific running rugby. Augustus cut through the middle and offloaded to the speedy Rikus Pretorius, who put on the afterburners before making the final pass on the inside for Dan du Plessis to run in under the posts as Willemse added the extras for a 27-6 lead in the 53rd minute.

The Stormers scored another superb team try in the 65th minute. Salmaan Moerat won the penalty at the breakdown. Godlen Masimla took the quick-tap, catching the Griquas defence napping with the ball quickly being shifted out to the wing where Davids cut back inside and teed up Augustus for the finish.

And Willemse got in on the act with eight minutes to go after another sweeping backline move with the Griquas' lack of width on defence once again exposed to ensure the Stormers bounced back from their humbling at the hands of the Bulls in the best possible fashion. 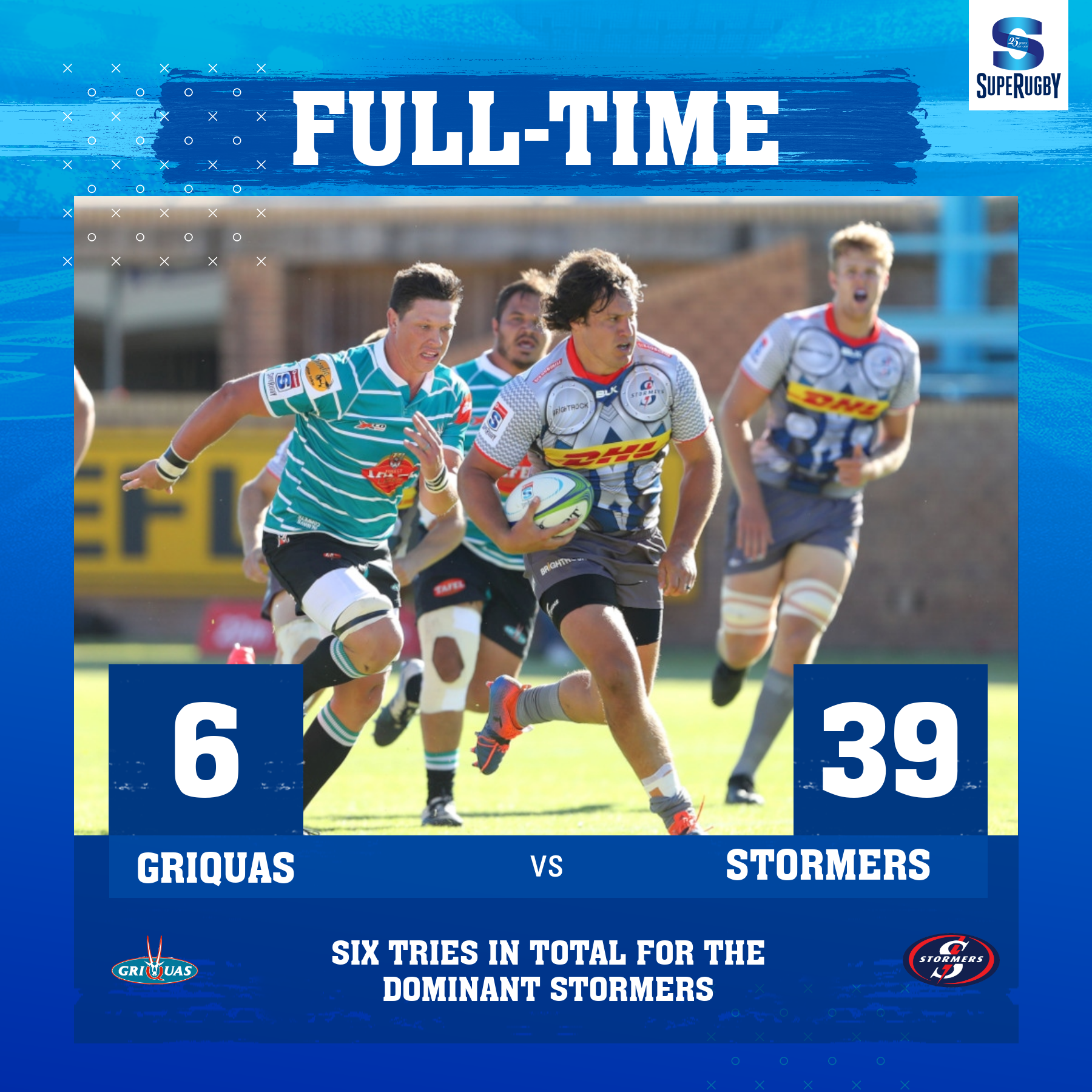