The Sharks suffered their first defeat of the season when they went down 11-16 to the Stormers in Durban.

It was a low-quality 80 minutes at Kings Park with both teams crossing the tryline once. Penalties and poor handling dominated the match, especially from the Sharks who were poor after starting their campaign with two good wins.

The Sharks were playing with flair and a lot of width in the opening minutes, but it was the Stormers who took the lead when Damian Willemse intercepted Andre Esterhuizen’s pass to sprint in for the first try after four minutes. SP Marais added another two points with the conversion.

The home side eventually got their first points in the game via a Robert du Preez penalty kick in the 15th minute.

It was the visitors who then had a stranglehold on the game being camped inside the Sharks’ 22. The sustained pressure resulted in Sharks centre Lukhanyo Am being yellow carded for repeated infringements in the 22nd minute.

Marais also missed two straightforward penalties, which would have given the Cape side a handy lead.

Marais was eventually successful with a penalty in the 29th minute which gave the Stormers a seven-point buffer.

Ill-discipline was costing the Sharks and they received another blow in the 38th minute when hooker Akker van der Merwe was yellow carded for playing the ball off his feet.

The Stormers then extended their lead with another penalty from Marais for a 13-3 lead at the break.

The home side started the second half brilliantly with some composure and good running lines on attack and it was Am who crashed over for a try in the 42nd minute. Robert du Preez could not convert the score, but they were just five points behind.

It was then the Stormers’ turn to play with a man down after Dan du Plessis received a yellow card for a high tackle on Makazole Mapimpi.

With the home side dominating play, Robert du Preez stepped up to convert another penalty in the 51st minute to reduce the deficit to just two points.

The game turned into a bit of an arm-wrestle for the next few minutes and it was the Stormers who restored their five-point lead in the 66th minute with another Marais penalty.

That was the final bit of scoring in the game as the Stormers held on in the last few minutes for the win. 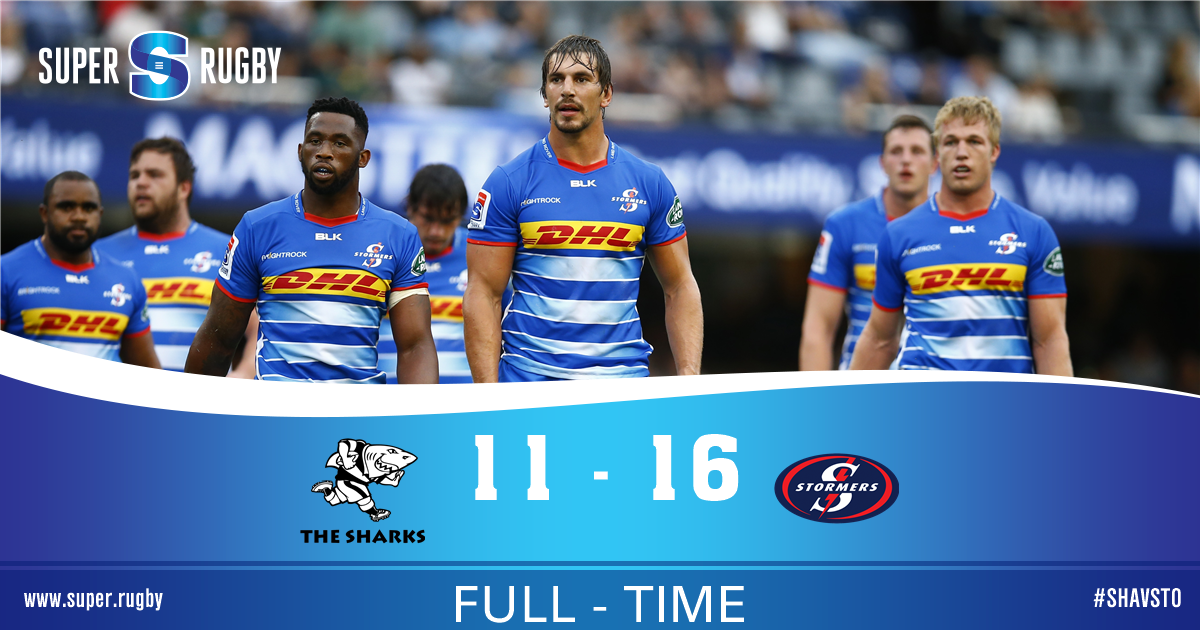