It's almost 15 years since a Kiwi Super Rugby derby was played in New Zealand on a Sunday... indeed only nine such derbies have ever been played...

Weekend rugby is back with Round 1 of the Super Rugby Aotearoa competition set to kick off this weekend and it brings with it a little slice of history that we have not seen in over a decade.

Action gets under way with the Highlanders hosting the Chiefs on Saturday, June 13th, but it is the clash the next day between the Blues and Hurricanes which will be a long-time first for the competition. Indeed, it will be the first New Zealand derby in Super Rugby played on a Sunday since 2006 – the Hurricanes defeating the Highlanders 29-13 in Round 10 of that campaign [picture below]. 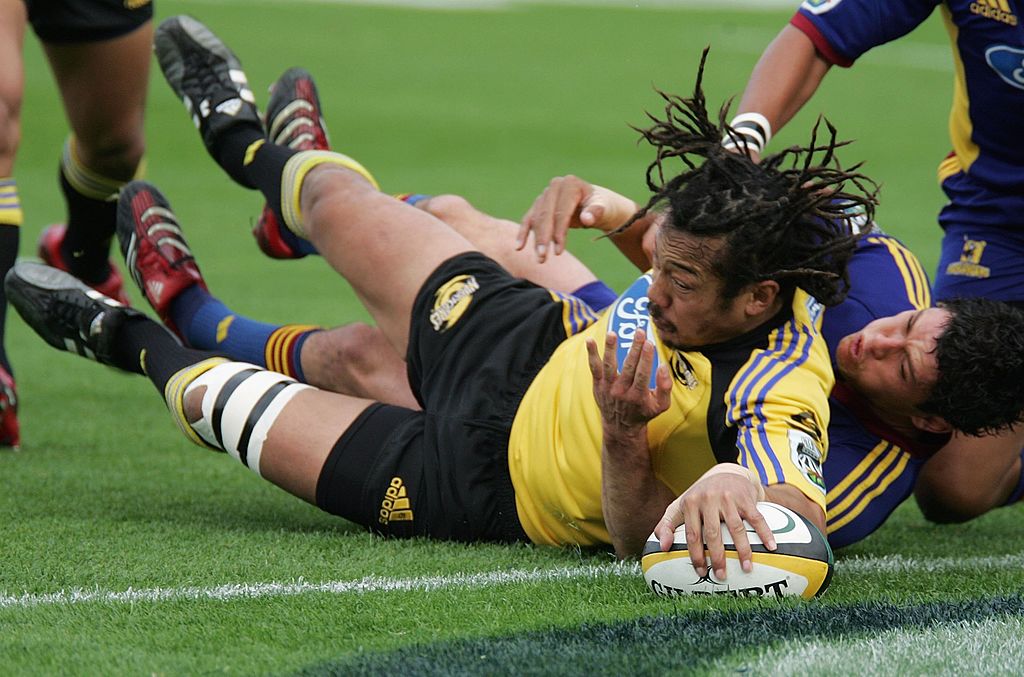 There have been just nine all-New Zealand clashes played out on a Sunday in Super Rugby history, and this will be the first time that the Blues and Hurricanes have met on that day of the week.

The inaugural competition in 1996 saw four games throughout the season which featured two New Zealand teams on a Sunday, but since that year there have been only four further instances. Of the eight total instances thus far, six have been won by the away team on the day, including the last three editions.

The Blues have earned one win from two Sunday games against their fellow New Zealand opponents in Super Rugby, but their form overall on Sundays ranks among the best in the competition. The Blues have won nine of their 12 Sunday games in Super Rugby history for a 75% win rate; it’s the best win rate of any team to have played more than one game on a Sunday and the second-best overall behind the Jaguares  (100%). 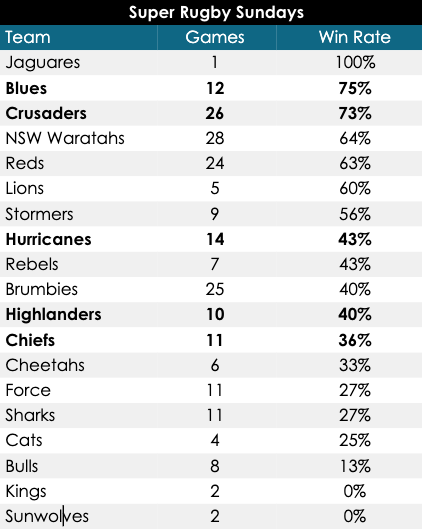 The Crusaders (73%) are also highly ranked in this regard, particularly impressive given that they are one of four teams to have played 20+ games on a Sunday in Super Rugby history. The Chiefs will be hoping to see the most improvement of any team when they tackle the Sunday fixtures throughout the Super Rugby Aotearoa tournament, having won only slightly more than one in three of their total Sunday fixtures (36%).

The Bulls have won only one of their eight Super Rugby games that have been played on a Sunday for a win rate of just 13% - the lowest of any team to have played more than twice on a Sunday.