The jerseys inspired by Marvel’s Spider-Man, Thor, Black Panther and Captain America will first be seen at Cape Town Stadium on #SuperHeroSunday (3 February) at the first public appearance of the Marvel makeover of SA’s Vodacom Super Rugby teams.

The Vodacom Super Rugby double-header on Sunday 3 February will be the first time that the four local franchises will wear their new Marvel-inspired jerseys. The jersey designs have each been meticulously crafted to reflect the superheroes the South African teams will represent while also staying true to each team’s already iconic colour identity.

The Emirates Lions will be dressed in the familiar webbed suit of Spider-Man; the Cell C Sharks will adopt the Black Panther look; the DHL Stormers will be looking to hammer their opponents in the colours of Thor; and the Vodacom Bulls will shield all attacks thrown their way as Captain America. 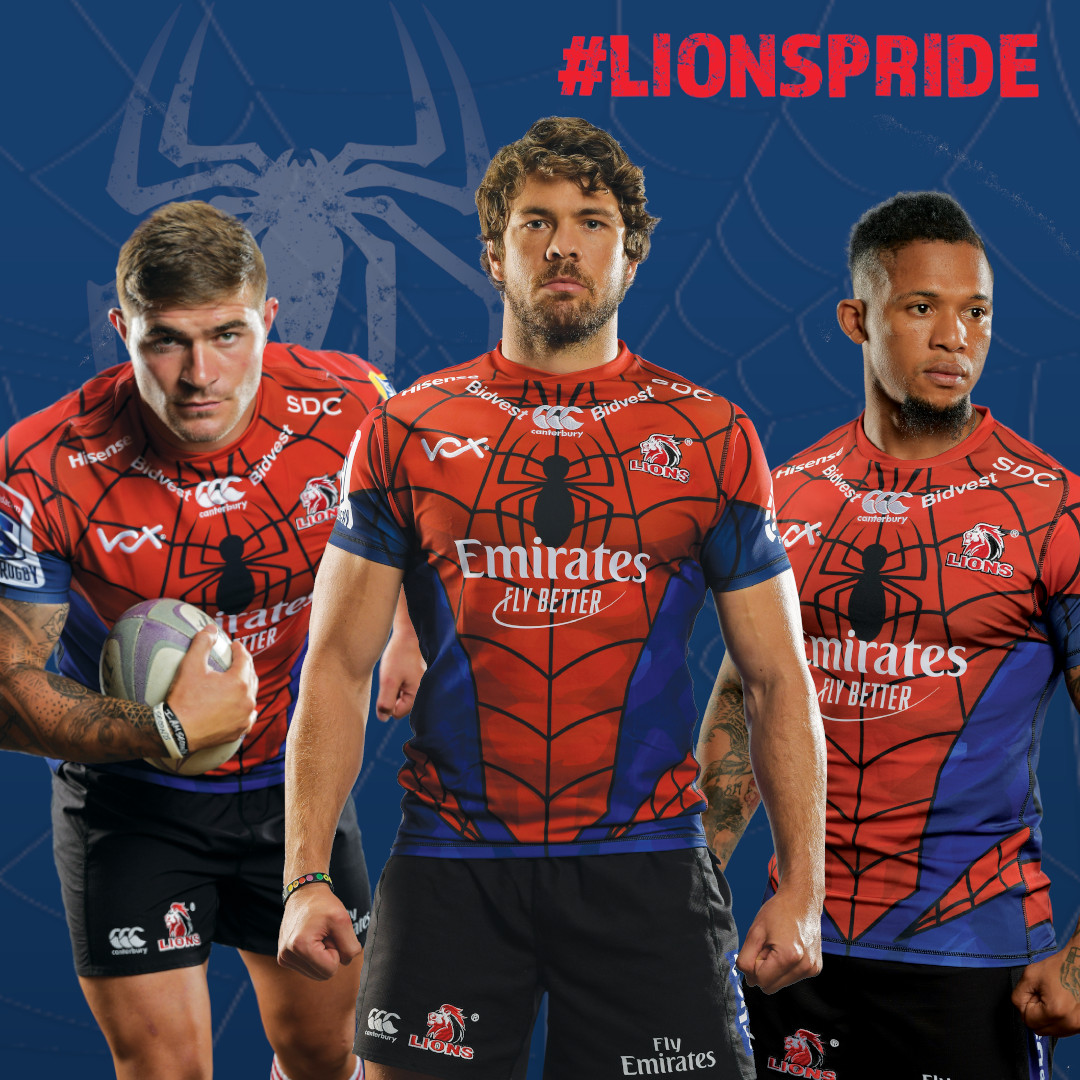 The jerseys will be exclusively worn in most South African derbies. The teams will wear in their usual jerseys for matches against international opposition.

As with super heroes, where the action is never less than explosive, expectations are that the season’s first hit-out will be fast and spectacular as teams try and establish solid early form, while the teams will also bring their very own iconic Marvel superheroes to life in Cape Town.

The jerseys are the result of a ground-breaking and unique collaboration between SA Rugby, DStv, SuperSport, Marvel and Vodacom. Apart from wearing them on #SuperHeroSunday, the four SA teams will also don the new-look jerseys during other local derbies throughout the Vodacom Super Rugby season.

On Sunday 3 February in Cape Town, there will be Real. Live. Super Heroes as the new Superpowered season kicks off. At 14h00, the Emirates Lions will play the Cell C Sharks followed by the DHL Stormers versus the Vodacom Bulls.

There will be an emphasis on entertainment, with families encouraged to dress up as their favourite super heroes, and the day will be packed with activations and assorted giveaways and prizes.

Tickets, from R50 (or four from R150), are available at Computicket, while corporate hospitality can be arranged via www.circa.co.za.