After two away wins in Round #2 Opta Sports has crunched the numbers to see who were the standout performers...

Round #2 saw the Blues keep up their season momentum against the Chiefs in Hamilton, while the Crusaders again showed they may well be the team to beat yet again after a strong showing against the Hurricanes in Wellington.

The stats say Crusaders' fullback Will Jordan was the Player of the Week... followed by Chiefs' fullback Damian McKenzie and Blues' No.8 Hoskins Sotutu 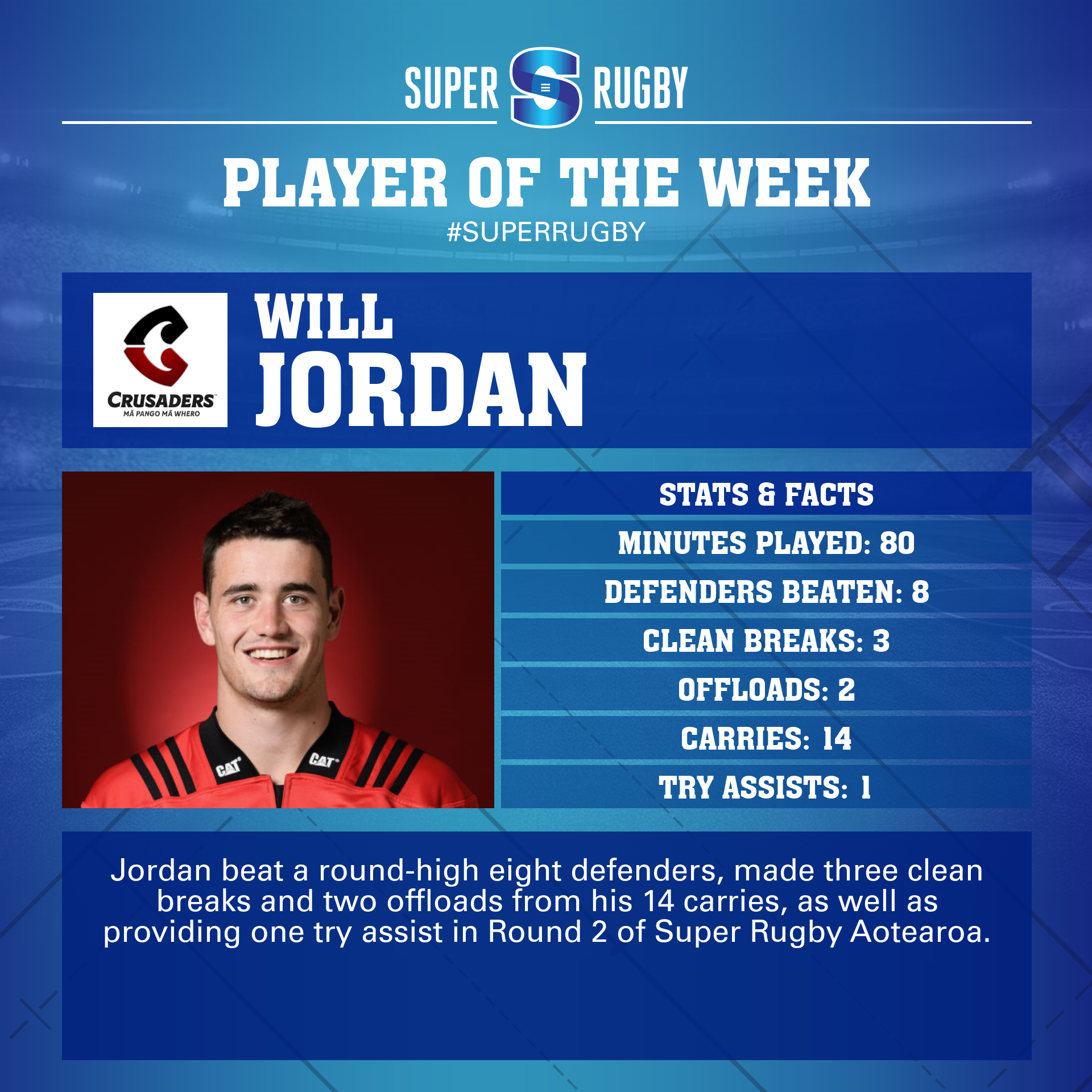 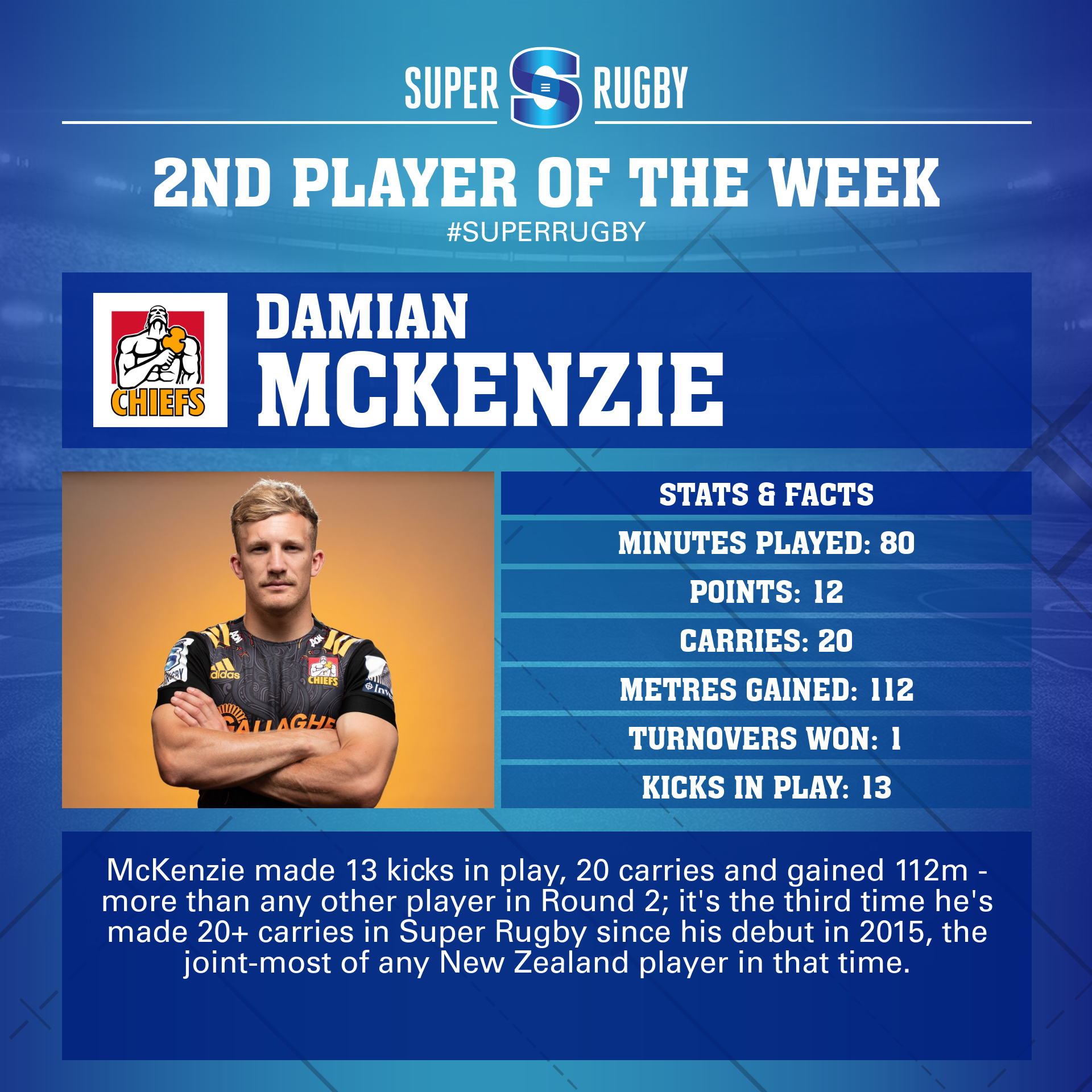 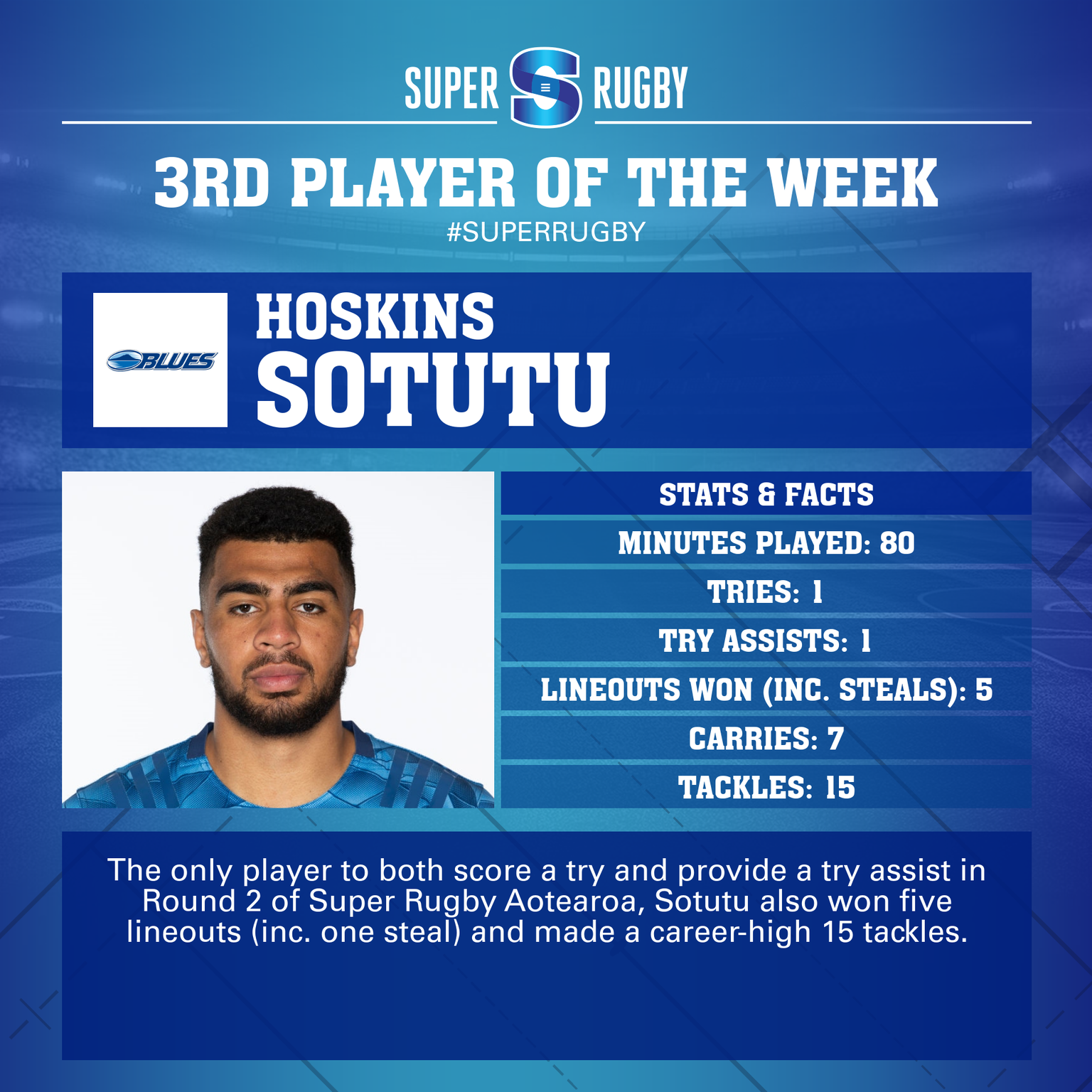