Super Rugby - powered by fanatix, a new social mobile app gives fans a new way to come together on mobile to discuss and debate the sport, players, matches and news of the moment.

Super Rugby - powered by fanatix makes it easy for fans to discover all the great social media created by the federation and the clubs they love from YouTube, Twitter, Instagram and other sources as well as gathering digitally to debate the live broadcasts in Huddles - either privately with friends or publicly with everyone else following the game.

“Watched live throughout the world, Super Rugby is perfect for a social-first environment as fans connect to share media and opinion both during and after live games.”

fanatix has also enjoyed recent success, growing from 150,000 active users in January 2013 to more than five million in March 2014.

Super Rugby - powered by fanatix is now available to download on: 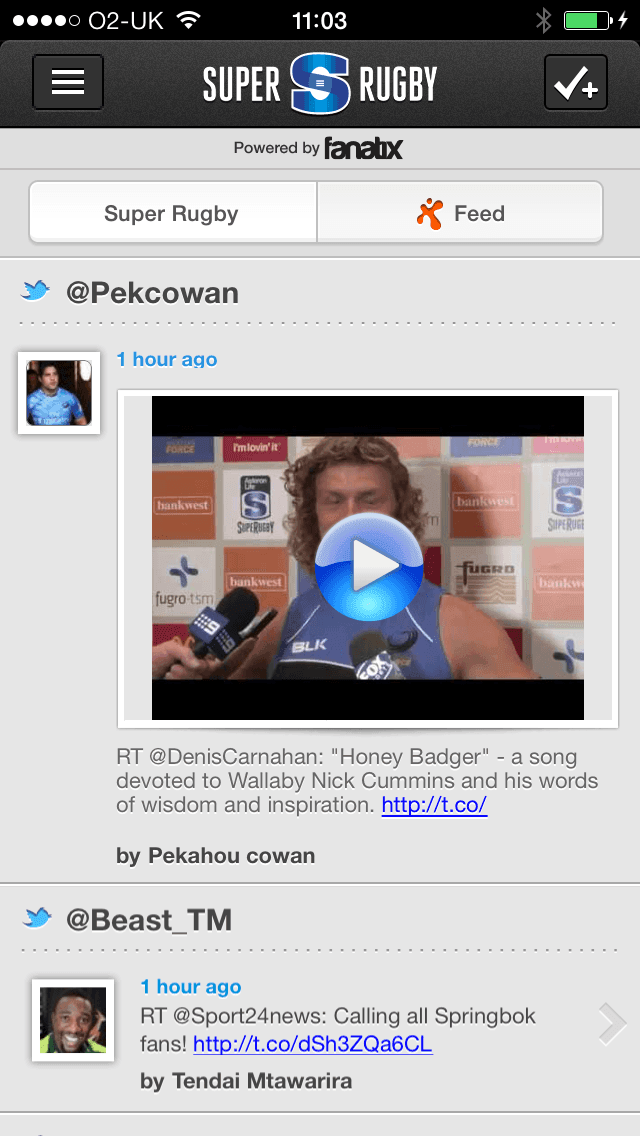