After almost three months of action, it’s finally here - the Super Rugby AU final is upon us.

We’ve seen the rise and fall of the Western Force making their first ever playoff appearance, witnessed the shock departure of Rebels coach Dave Wessels after another season of near misses and, of course, who could forget the year from hell for the once-mighty NSW Waratahs?

Clearly, there have been two teams above the pack and it’s fitting they should meet in the decider - again.

The Queensland Reds earned hosting rights and a week off after winning seven games on the trot in 2021, while the ACT Brumbies were just a hair’s breadth behind them with six wins from eight games and a strong qualifying final win over the Western Force.

If history is anything to go by, this week’s showdown will be neck and neck.

Brad Thorn's men have won three of their last four Super Rugby games against the Brumbies, including their last two on the bounce each by a margin of two points on the day.

The Reds have also won three of their last four finals games on home soil in Super Rugby,, including an 18-13 win over the Crusaders when they last hosted the final in 2011.

However, the Brumbies have finals form and a title to defend.

Dan McKellar’s side outclassed the Reds in last year’s Super Rugby AU final to claim bragging rights in the inaugural competition and have won three Super Rugby deciders in total. 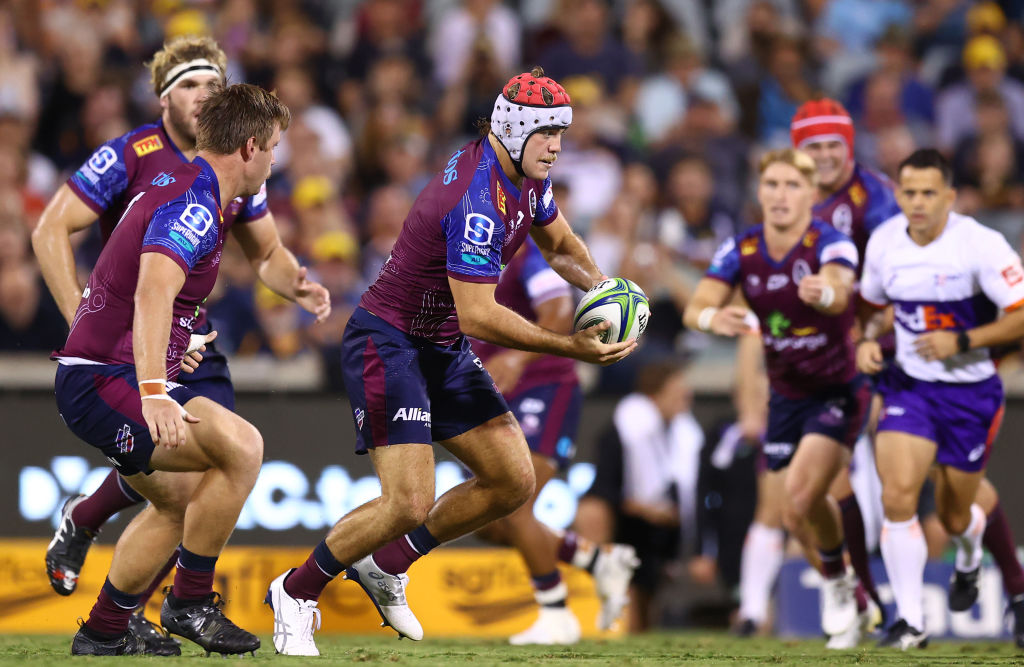 The front row matchup is mouthwatering with Wallaby props Taniela Tupou (Reds) and Allan Alaalatoa (Brumbies) set to collide while the contest between halfback rival halfbacks Nic White (Brumbies) and Tate McDermott (Reds) will be one for the ages - and national selectors.

Much has been made of Thorn's decision to bench regular skipper Liam Wright with the former All Black favouring James O'Connor to lead the Reds in front of an expected 40,000 plus crowd at Suncorp Stadium.

Only time will tell whether his gamble will pay off - can the Reds bag their second ever title more than a decade on from their 2011 heyday, or will the Brumbies go back-to-back and stamp their authority as Australia's premier side?