Wins to the Waratahs and Reds in Round #7 has intensified the battle for Finals places... with several players hitting form at the right time.

Round #7 saw the Waratahs record a second successive victory for the first time and it was badly needed. The 28-8 win over the Western Force puts them in third just three points behind the Brumbies who had a bye. The Reds did it tough against the Rebels but now sit second while the Rebels are on Fourth spot. Unlike Aotearoa there will be a finals series not a first-past-the-post winner. After the final round [round 10] the team at the top of the table will have a week off before playing the winner of second versus third.

Opta crunched the statistics and the index said the Player of the Week was Reds fly-half James O'Connor. He gained the most metres, made the most kicks in play, made one try assist, missed no tackles and he beat four defenders. Lying in second is the young emerging talent of Will Harrison, the Waratah fly-half. His 13 points were crucial in the win over the Force. In third is Waratahs fullback Jack Maddocks who is starting to find form at his new club. 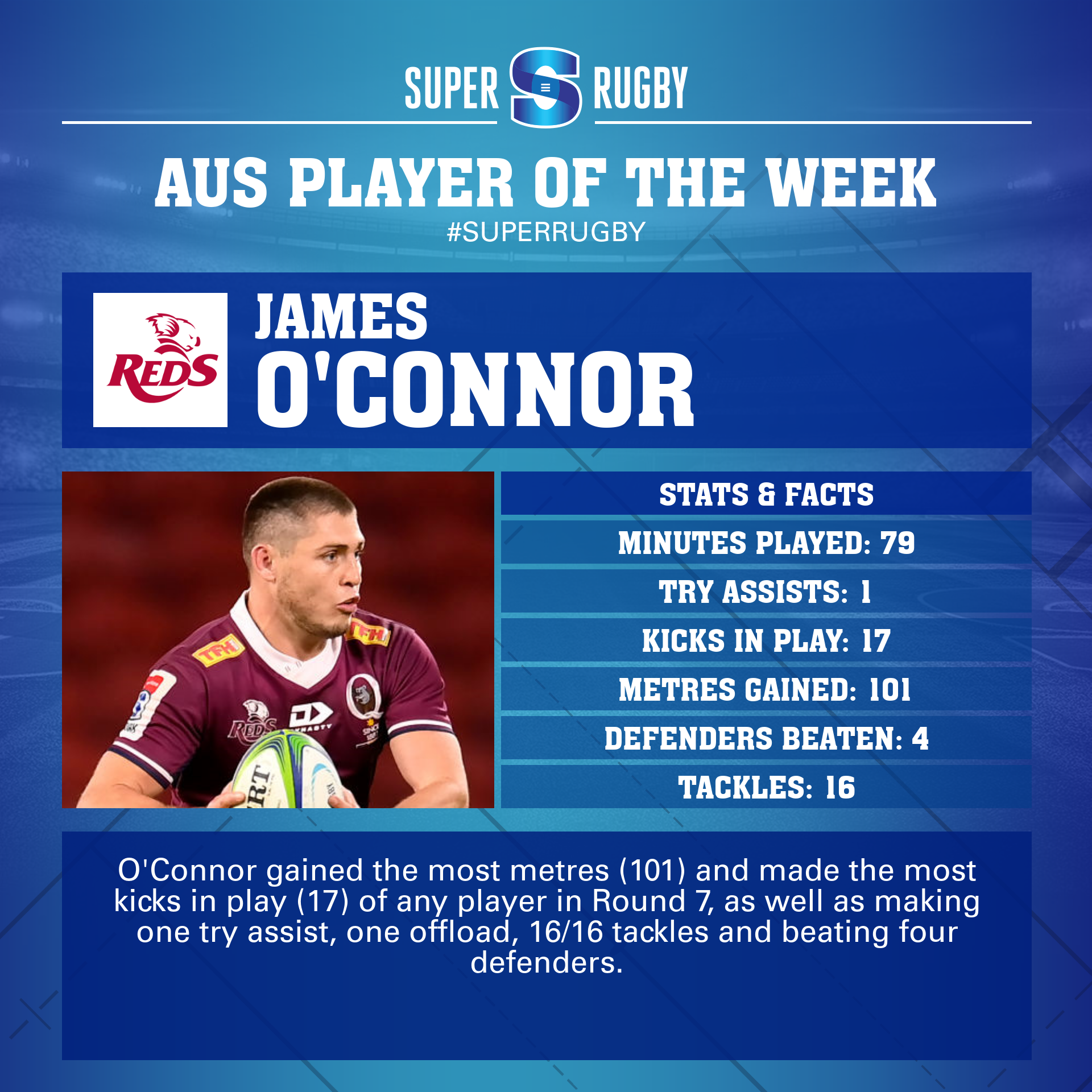 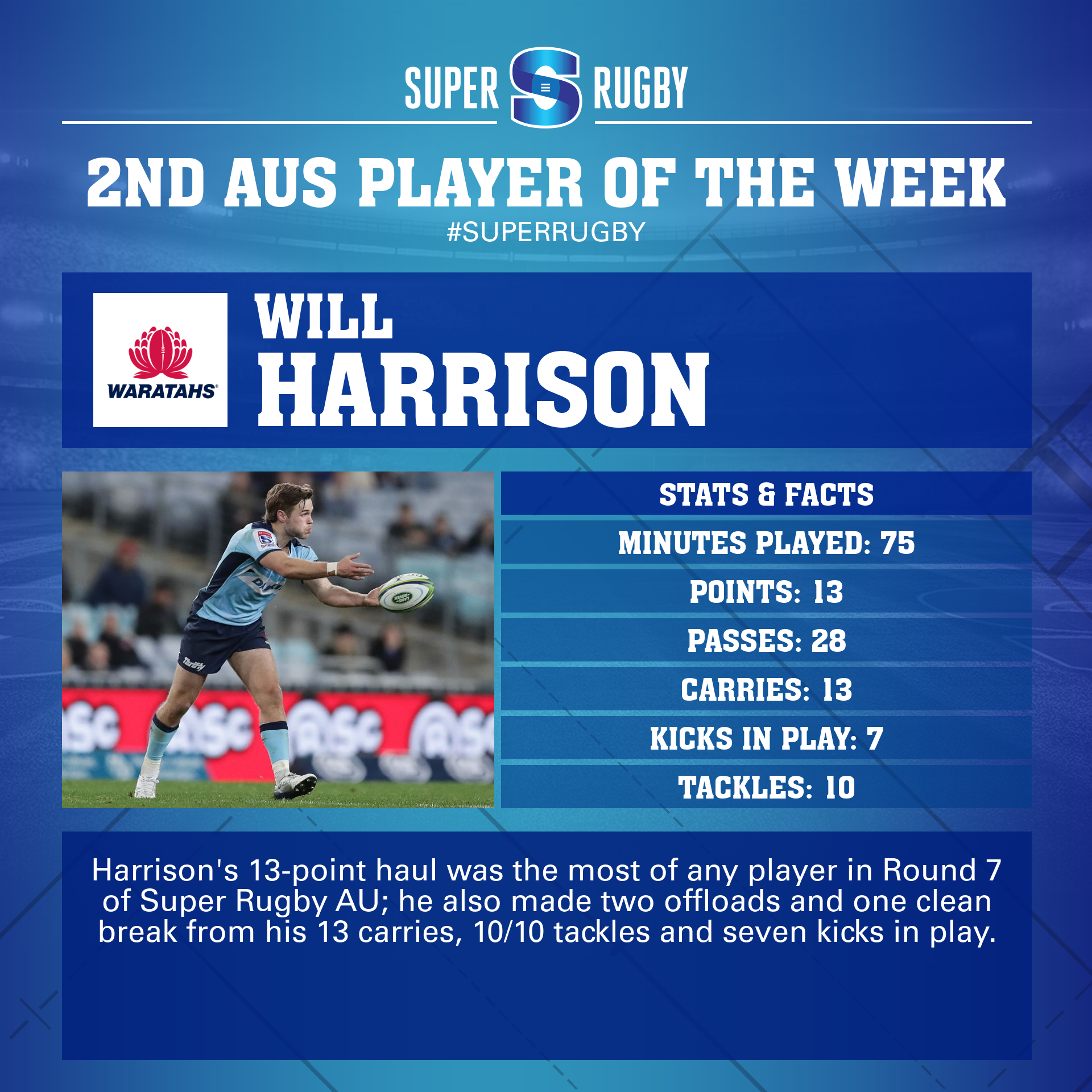 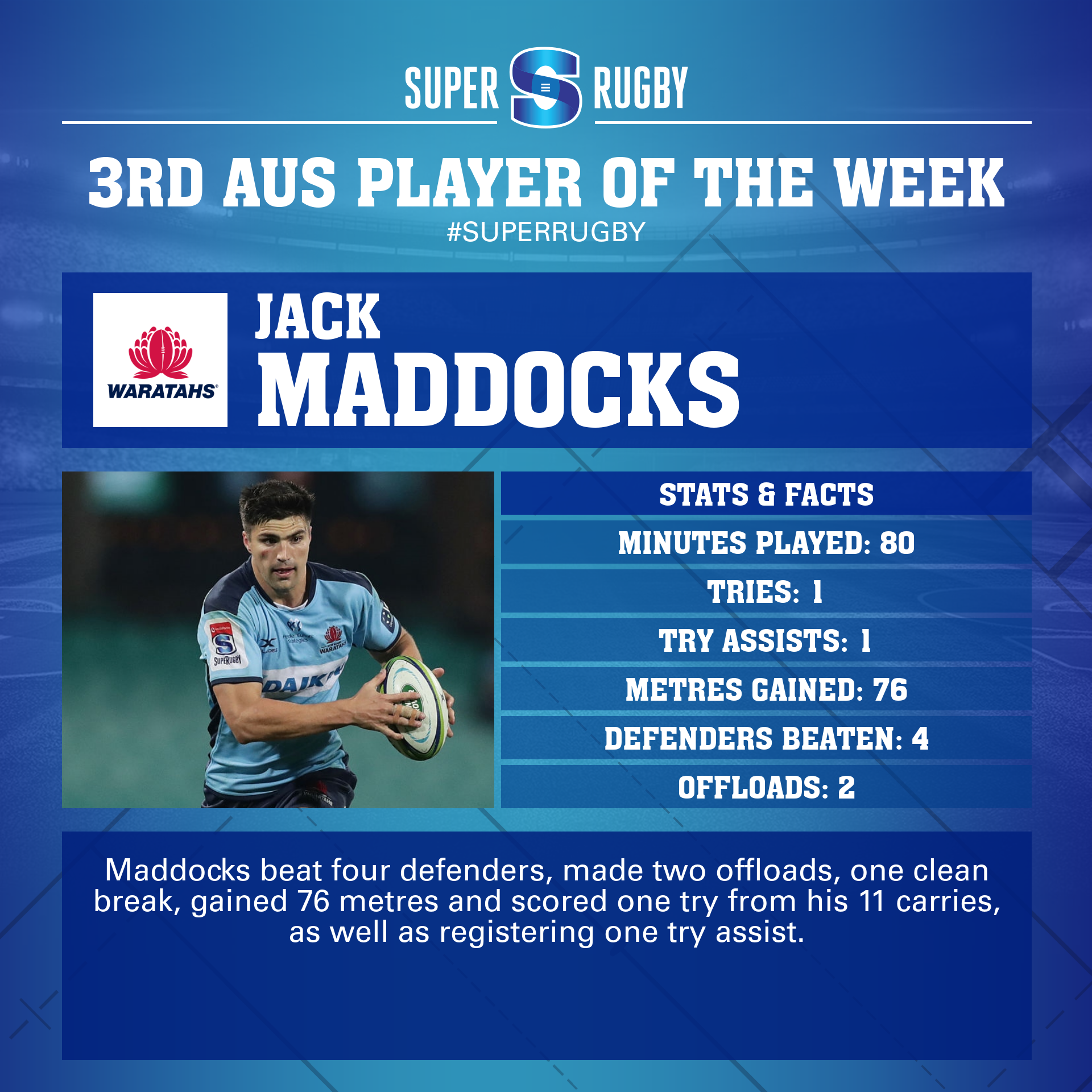