Big wins to the Brumbies and Reds in Round #8 sees then open up a gap to third in the standings... but which players stood out?

Round #8 saw the Reds produce some scintillating rugby in the second half against the Western Force on the Gold Coast. They were 15-0 up at the break and ran riot in the second half and scored eight tries to one in a 57-5 bonus point victory to secure second spot on the ladder. They are six points clear of third-place Waratahs with two rounds to go. The Brumbies were masterful over the Waratahs in Canberra and were deserved 38-11 winners on a cold and wet evening in the capital. They scored six tries to one and the bonus point put them on top, two points clear of the Reds.

Opta crunched the statistics and the index was super-impressed with the Reds victory and all three places went to Reds players. For the second week in a row Reds Fly-half James O'Connor is Player of the Week. He has been masterful in steering the Reds around the field and his constant attacks of the defensive line and offloads are creating plenty of opportunities for his fellow backs. Taking advantage of this is winger Filipo Daugunu who is second this week after scoring two tries against the Force. In third is young, upcoming, workaholic flanker Fraser McReight who gained over 100m metres, made 14 tackles and scored a try. 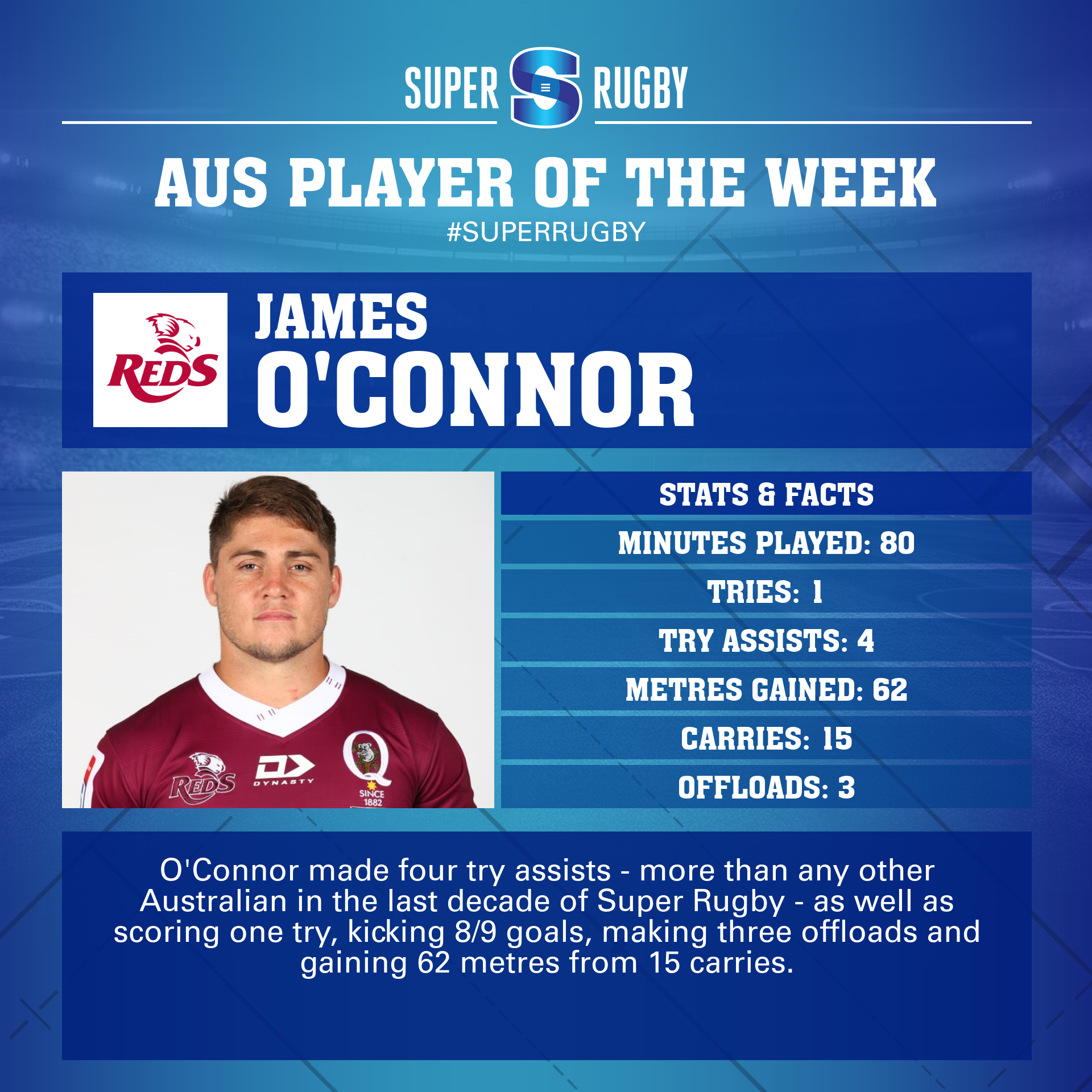 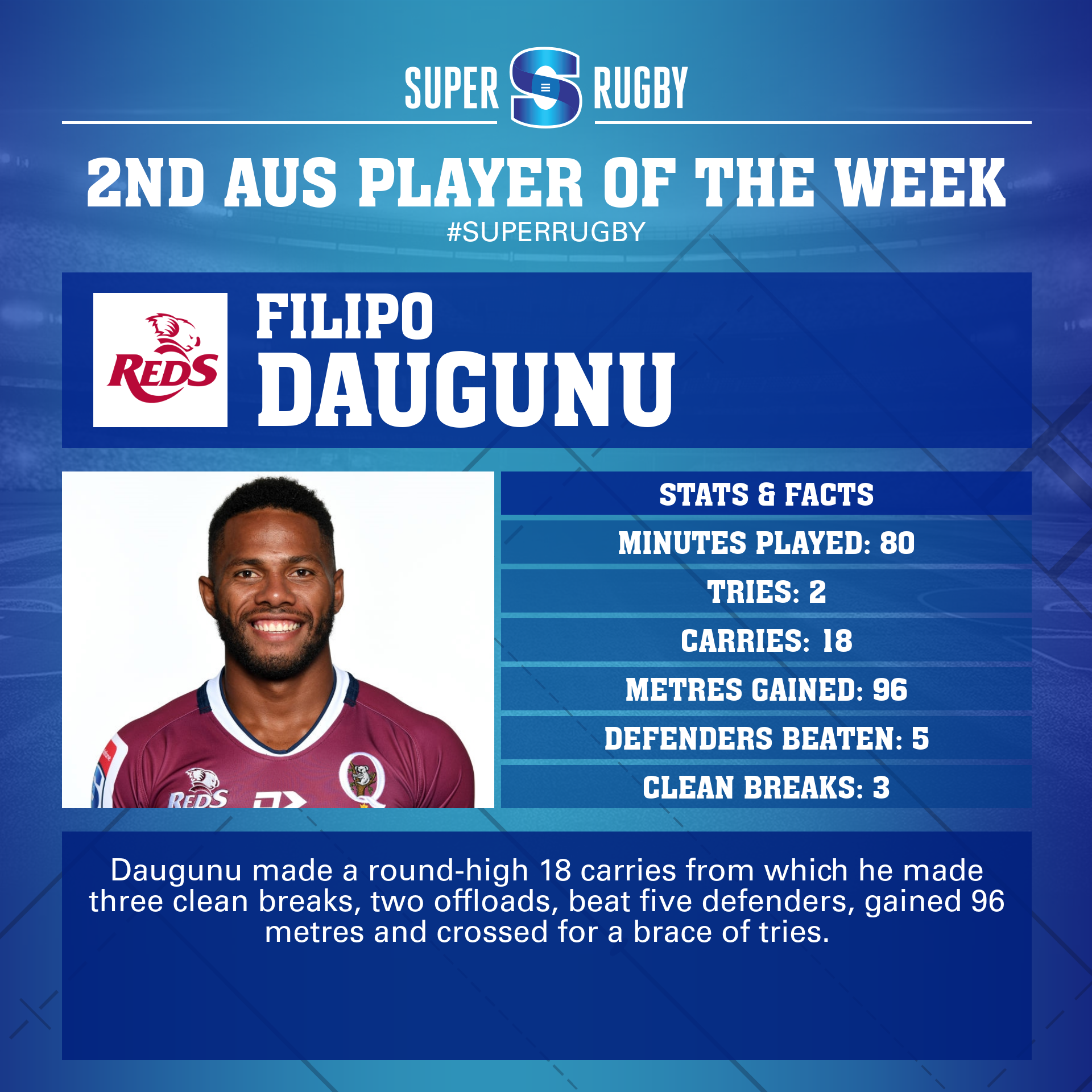 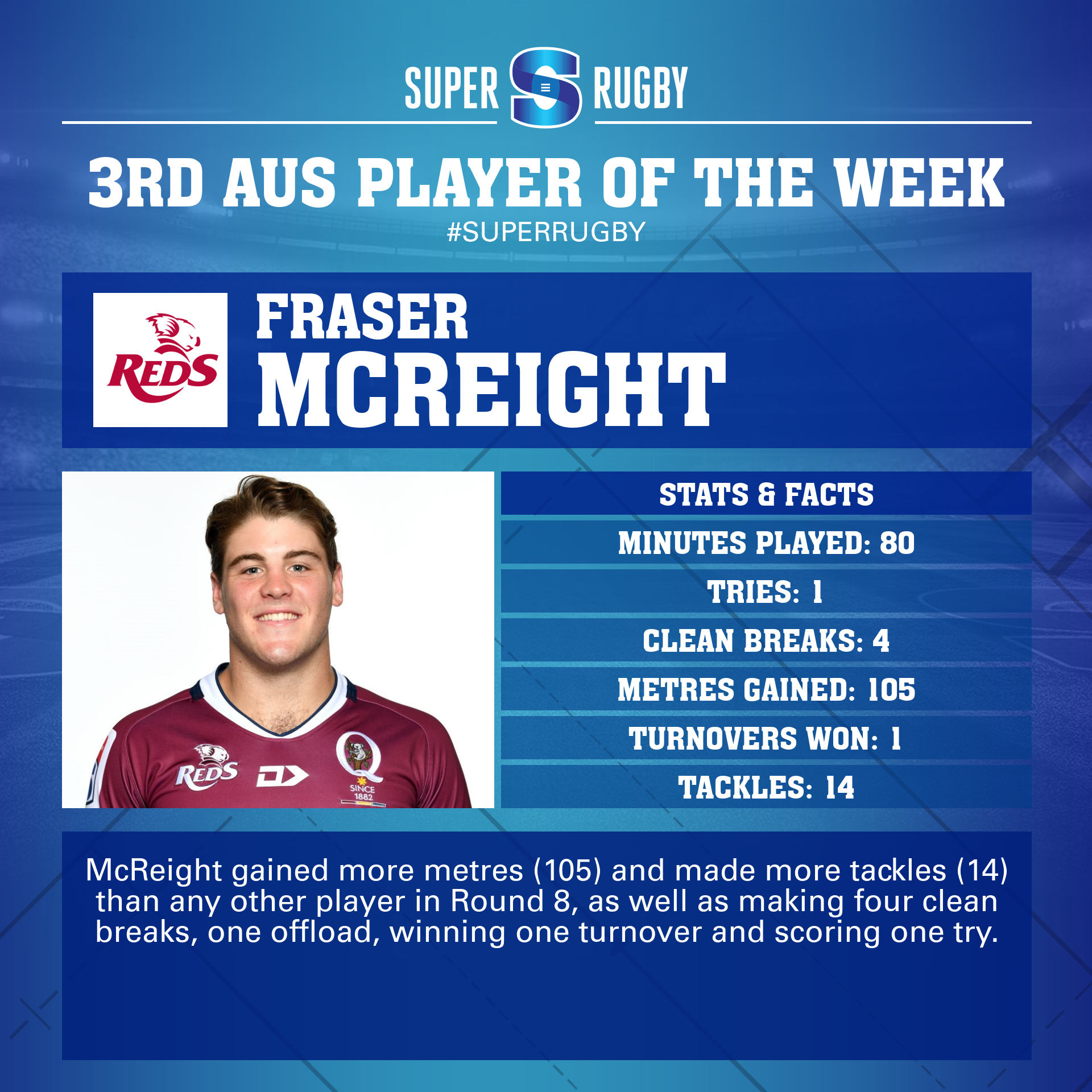