The Brumbies secured top spot with victory in RD #9 thanks to some top individual performances and will host the Final.

In Round #9 the Brumbies secured home field advantage for the Final with a week to go but it took a bid second-half effort against the determined Western Force in Canberra. It was just 10-7 at the break but three second-half tries made for a comfortable 31-14 victory. The Brumbies have strike power all around the park with all of the back three - Banks, Muirhead and Wright - scoring along with flanker Miller and reserve back Ikitau. In Sydney it was third versus fourth as the Waratahs looked for a bonus point win to secure a finals place. However despite winning 38-32 there was no bonus point for the Waratahs who held onto third spot on the table. Indeed a bonus point was secured by the Rebels who now lie four points behind the Waratahs. However the Waratahs have a bye in the last round [10] and therefore the Rebels have the opportunity to leap-frog the Waratahs and take third spot and the last finals position. 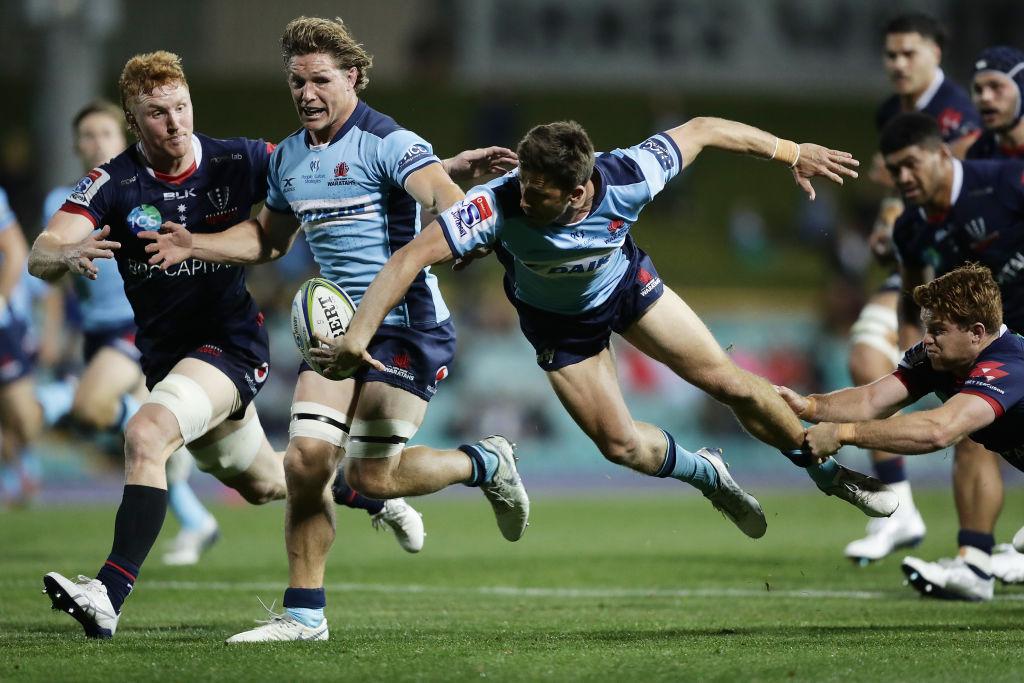 Opta crunched the statistics and the index was it is no surprise that one of the Brumbies' outside backs is Player of the Week. Fullback Tom Banks who missed a lot of the early part of the season is in hot form as he ran for over 100 metres, beat six defenders and scored a try. Powerful Rebels No.8 is impressing everyone at present with his ball carrying and work ethic and he scored two tries in his teams loss but is second in the POTW standings. In third is improving Waratahs fly-half Will Harrison who scored 18 points and looked far more comfortable in the key play-maker role this week. 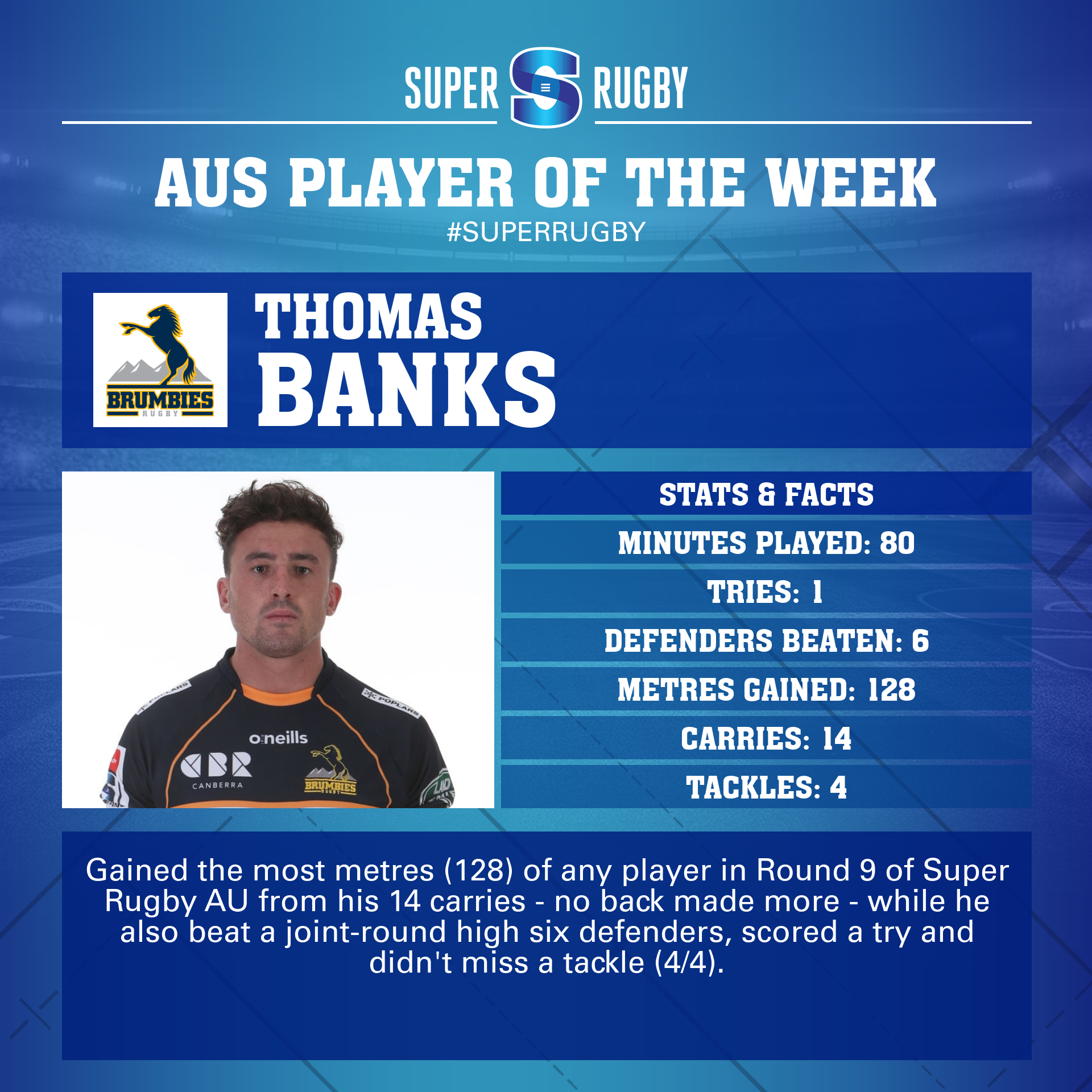 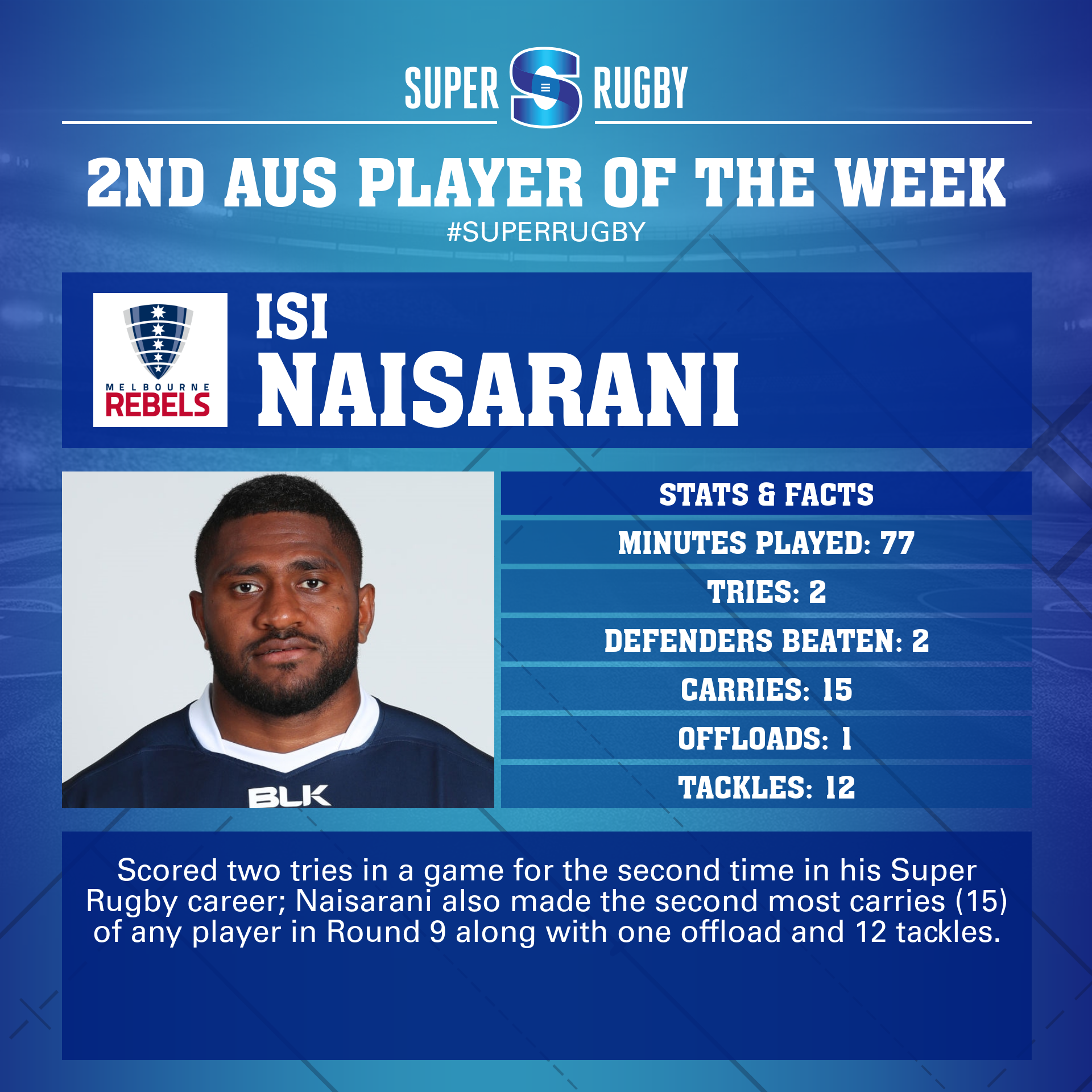 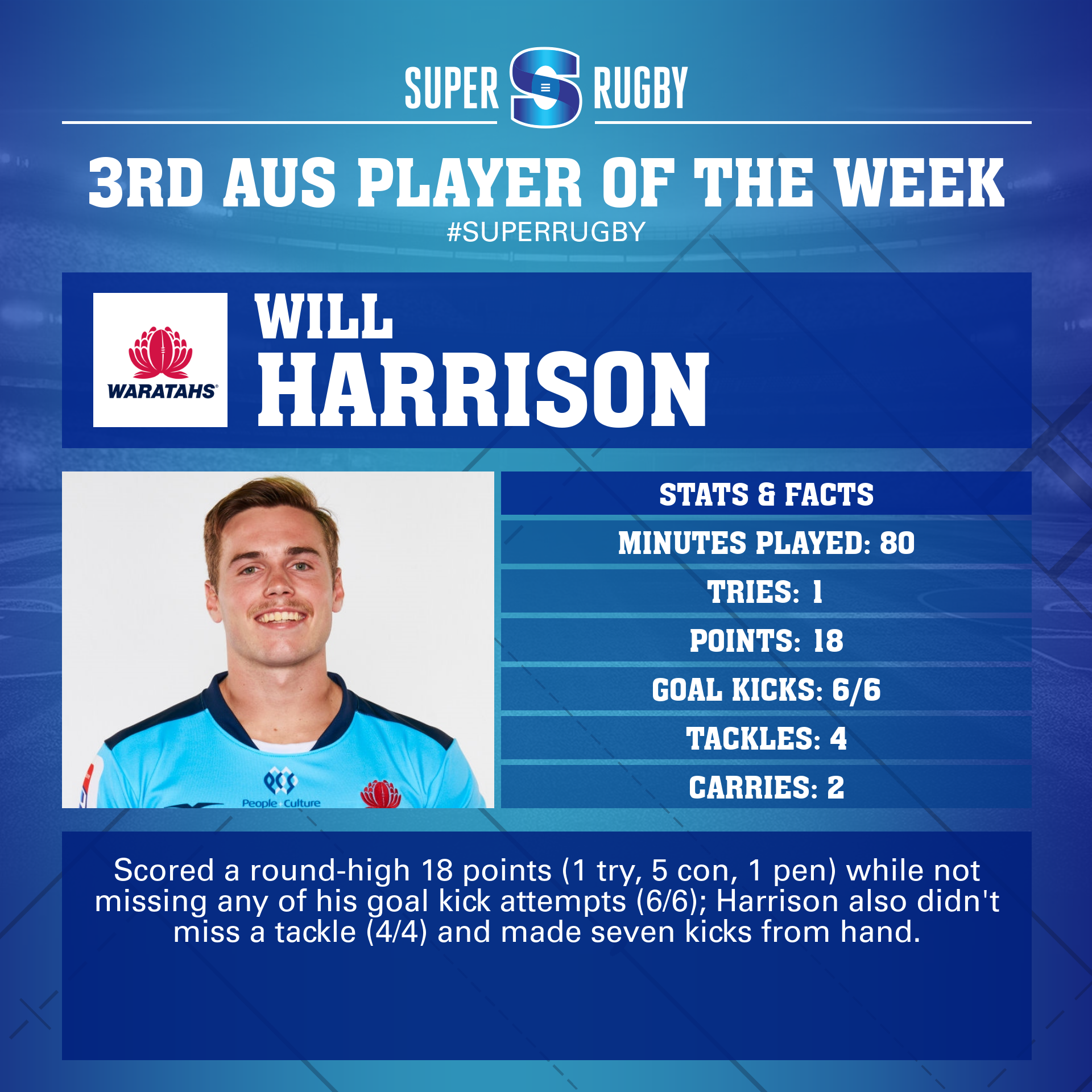