Australian rugby’s oldest rivalry is set to reignite Super Rugby AU with the Queensland Reds and NSW Waratahs to open the 2021 season on Friday night.

Backing up from their grand final appearance last season, the Reds enter Round 1 as favourites to knock over the ‘Tahs at their Suncorp Stadium fortress.

Brad Thorn’s side were undefeated in four games at home in 2020, including a 32-26 Round 2 win over NSW that snapped an 11-game losing streak against their southern rivals. However, the ‘Tahs have momentum on their side after handing Queensland a 45-12 drubbing in their Round 6 rematch last year - their largest ever winning margin over the Reds - and reclaiming the Bob Templeton Cup.

Halfback Jake Gordon scored a SCG hat-trick in the 33-point demolition and now bears the captaincy as NSW looks to continue its rebuild under Rob Penney with a Round 1 win.

The two sides have clashed 34 times in Super Rugby - NSW (19 wins) narrowly leads Queensland (14) with just one draw being played out. In Round 1’s other fixture, the Western Force will host defending champions ACT Brumbies in what promises to be a blockbuster clash across the Nullarbor.

The Brumbies have an overwhelmingly positive record in this fixture, winning 15 of their 19 games with Dan McKellar's side outscoring the Force 55-14 over two games last season.

HBF Park is a happy hunting ground for the Force, having won their last two at the ground. It will also be the first time they have played Super Rugby there since 2017. 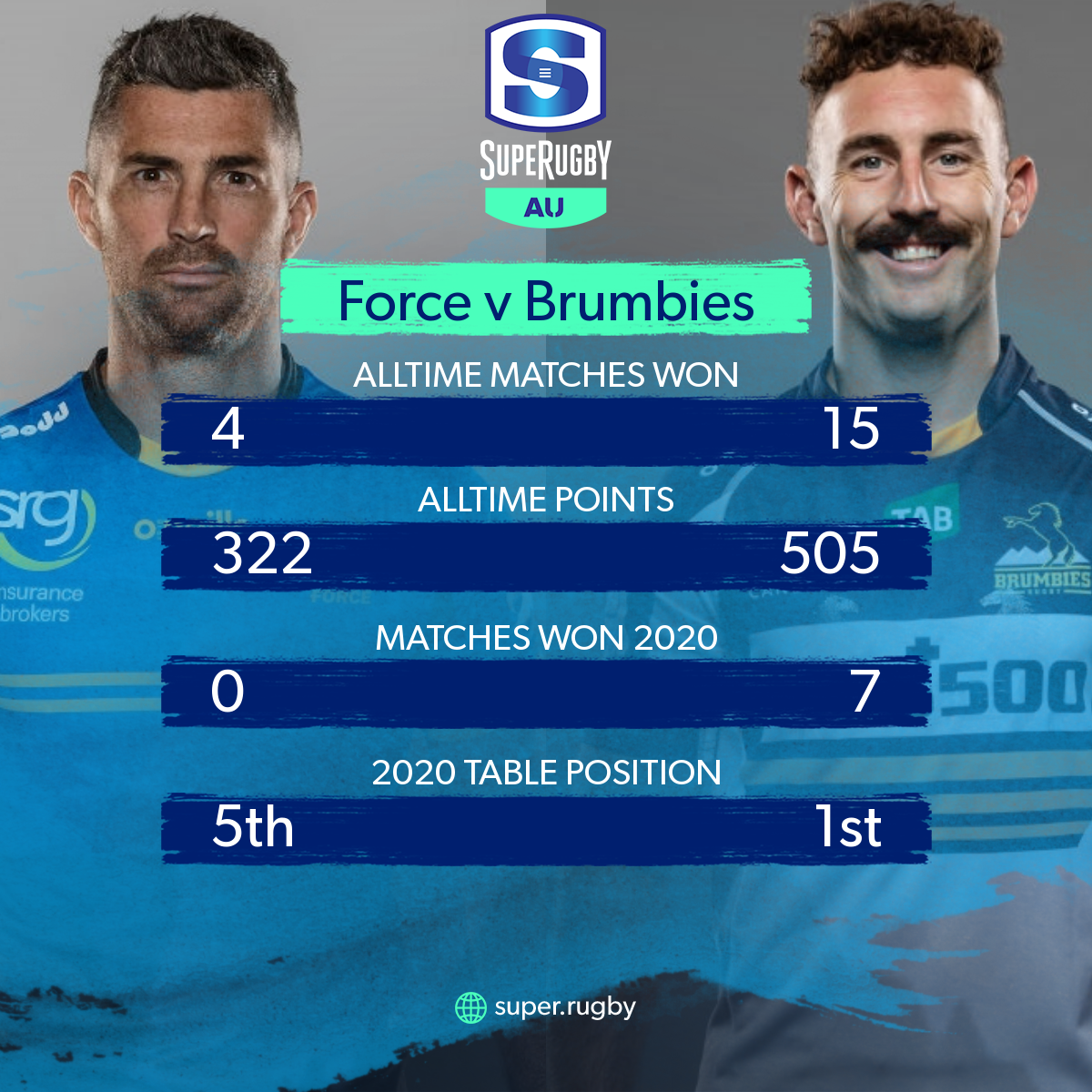 The Brumbies haven't played in Perth since March 2016, when they came away with a 31-14 win. Only four players from that fixture remain, with Allan Alaalatoa, Ian Prior, Jono Lance and Tevita Kuridrani returning.

Both sides met in a tough Super Rugby AU trial on February 9 with the Brumbies edging out a 29-28 win.