Queensland Reds will look to extend their three-match unbeaten streak against Melbourne Rebels when the two sides clash at Suncorp Stadium on Friday night.

The Reds enter Round 2 of Super Rugby AU as ladder leaders after downing arch-rivals NSW Waratahs 41-7 last weekend and can solidify their place atop the table with another win over the Rebels.

Wallaby prop Taniela Tupou has been recalled from the bench in the only change to Brad Thorn’s starting lineup while league recruit Suliasi Vunivalu is set to debut from the bench.

Meanwhile, the Melbourne side head into this year’s Super Rugby AU full of expectation after making their maiden finals appearance last season.

The Rebels enjoyed a Round 1 bye last week and will look to avenge their 25-13 qualifying final loss to Queensland with an upset win in Brisbane. 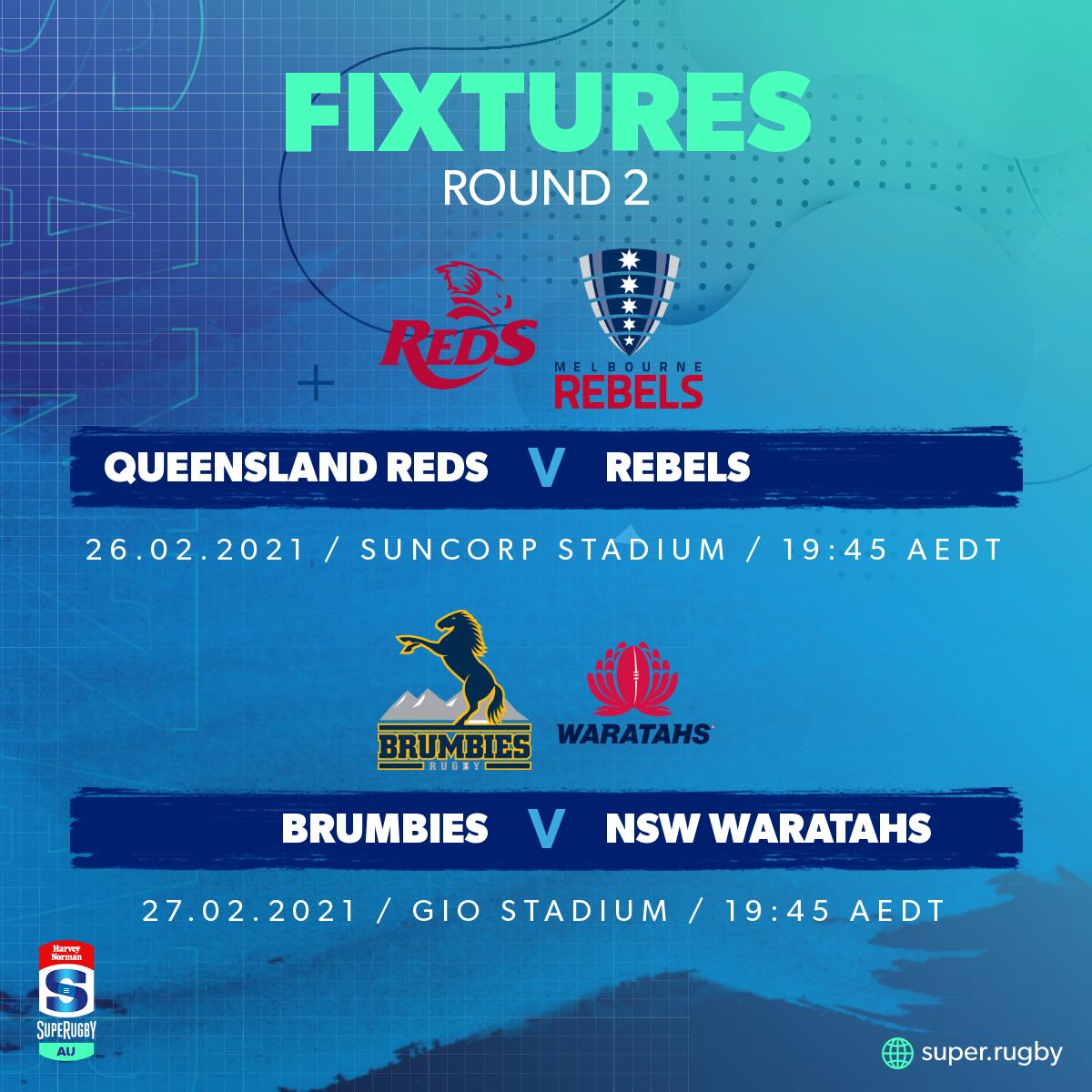 In Saturday’s Round 2 clash, ACT Brumbies will host the NSW Waratahs at GIO Stadium.

The Brumbies opened their Super Rugby AU title defence with a comfortable 27-11 win over the Western Force last weekend and return to Canberra as firm favourites against Rob Penney’s side.

Test playmakers Nic White and Noah Lolesio orchestrated the Brumbies’s win in Perth and will steer the ship again while Connal McInerney’s addition for the injured Folau Fainga'a is the only change to Dan McKellar’s starting side.

Meanwhile, the Waratahs are facing a mammoth challenge with injuries and suspensions forcing a host of changes.

Centre Alex Newsome has been named stand-in captain for the injured Jake Gordon while Izaia Perese will miss three weeks after being suspended for a dangerous tackle in Round 1.

However, Lachie Swinton’s return from suspension is a welcome boost with the Test flanker joining Jack Dempsey and Carlo Tizzano in a dangerous backrow combination.

Western Force have the bye in Round 2.