Round 5 of Super Rugby AU sees a traditional powerhouse fighting for their future, two clubs on the rise and a new title favourite back at home.

In Friday night’s opening clash, Melbourne Rebels play host to the NSW Waratahs in what shapes a do-or-die clash for Rob Penney’s visitors.

The embattled Waratahs must take at least four points away from AAMI Park to keep their fading finals hopes alive after losing their opening three matches and will be eager to celebrate prop Harry Johnson-Holmes 50th Super Rugby cap in style.

However, the Rebels will enter the contest as firm favourites after last-week’s drought-breaking win over the Western Force and two impressive showings on the road against the Reds and Brumbies.

Furthermore, Friday night’s clash marks Melbourne’s first home game in over 600 days and a 8,000-strong crowd is expected to spur the Rebels on.

Rebels coach Dave Wessels had made just one change to his starting line-up with Steve Cummins replacing the suspended Ross Haylett-Petty while former Force and Sunwolves lock Sam Wykes is set for his NSW debut off the bench. 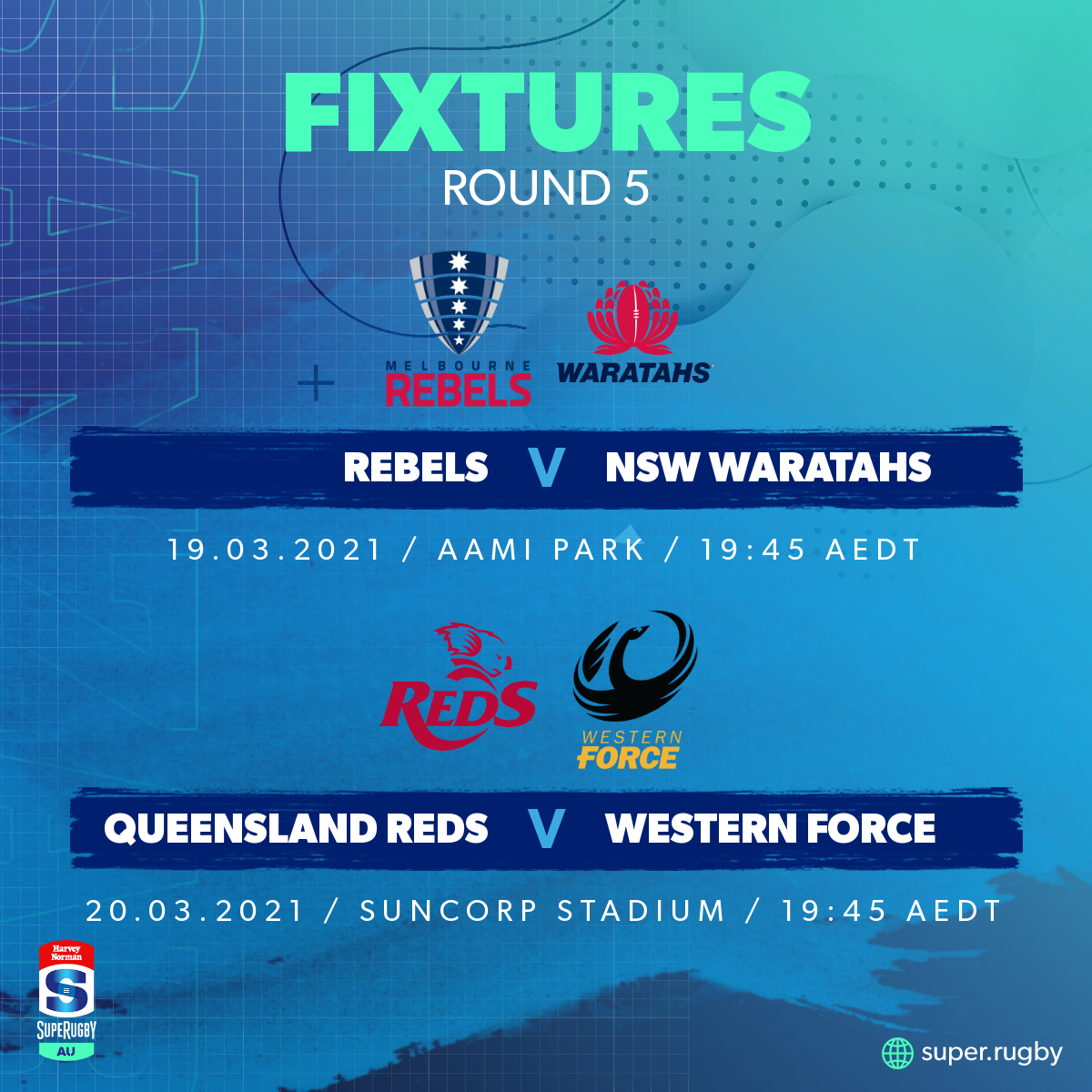 In Saturday’s showdown, Queensland Reds will be gunning for top spot when they host the Western Force at Suncorp Stadium.

A win would see Brad Thorn’s men leapfrog the Brumbies into top spot and pole position to host the Super AU final in May.

The Reds are unbeaten in 2021 and bested Tim Sampson’s side in both meetings during Super Rugby AU 2020, including a 57-5 win in Round 8 – their second-biggest win in Super Rugby history.

Queensland have also won their last six regular season Super Rugby games on the bounce and will equal their all-time consecutive wins record with another victory over the Force.

While the odds are stacked against them, the Force remain a dangerous foe and will take plenty of confidence from a drought-breaking win over NSW and last week’s near miss against the Rebels.

It’s a milestone game for Force prop Greg Holmes, who will bring up his 150th cap against his former club, while teenage halfback Kalani Thomas is tipped to make his Reds debut off the pine.