Speaking in Sydney, NZR CEO Mark Robinson and RA CEO Andy Marinos each heralded the new partnership, which will extend the existing joint venture from 2024 to 2030, as a significant moment for professional club rugby in the Pacific region.

“This long-term agreement provides certainty for players, coaches, fans, sponsors and broadcast partners and it solidifies our joint commitment to ensuring Super Rugby Pacific is the most entertaining, innovative, and fan-focused cross-border club competition in the world. We charted a new path with the introduction of Moana Pasifika and the Fijian Drua this year, and having all 91 games played in regional time zones, and believe we have entered an exciting new era for rugby in the Pacific region.”

Marinos said the agreement is a watershed moment for professional Rugby across Australia, New Zealand and the Pacific Islands.

“Today marks the dawn of a new era of Super Rugby within our region. Securing this long-term partnership provides stability and continuity that the competition and Super Rugby clubs need to enable Rugby to grow in stature and importance across the region.”

The new agreement will usher in a new governance model for Super Rugby Pacific with the establishment of a nine-person board, which will include an independent Chair, four independent Directors, and one representative each from NZR, RA, the New Zealand Rugby Players Association (NZRPA), Rugby Union Players’ Association (RUPA).

The Board will oversee the competition with the purpose of a clear, unbiased focus on governance, and the creation of a consistent look and feel across the competition. 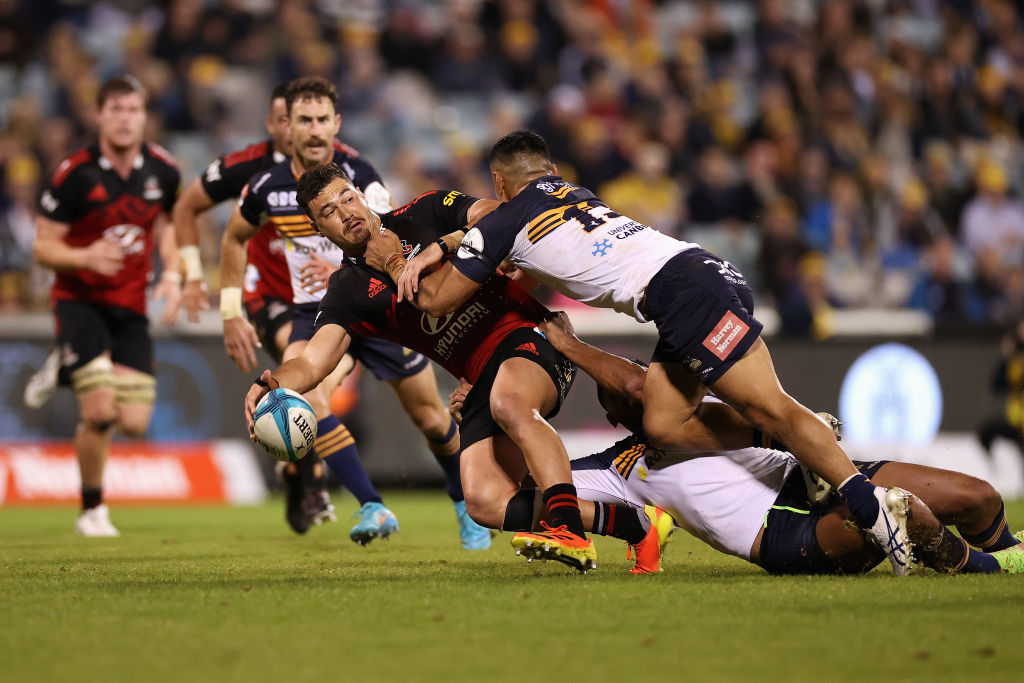 Fans in NZ, Australia and around the world can look forward to thrilling Super Rugby Pacific action for the foreseeable future

Marinos said there were no plans to change the current format, but also a commitment to ensure the competition remained at the forefront of dynamic and innovative Rugby.

“RA and NZR are committed to the development of the most exciting form of Rugby in the world, through trialing and implementing new rules, new ways of engaging fans and broadcast innovations with our partners. The partnership will enable our players, clubs and partners to plan ahead with certainty in a competition that we are sure will feature some of the best Rugby in the world.”

The new Board will also have a mandate to explore the creation of an integrated women’s competition structure in order to build on the success of Super W in Australia and Sky Super Rugby Aupiki in New Zealand.

Robinson said there was a collective commitment to grow the women’s professional competitions alongside Super Rugby Pacific.

“We saw the quality of women’s rugby throughout the Rugby World Cup in New Zealand and while it is not a case of copy and paste with the men’s structure in Super Rugby Pacific, we believe there are enormous opportunities to build a world class cross border professional women’s club competition in the Pacific region.”

The agreement confirms the current Super Rugby Pacific competition format, however the new board will continue to look at options to adapt and adjust over time.

An agreement has been settled regarding revenue sharing between the parties until the conclusion of the current broadcast deals at the end of 2025 – with further financial agreements to be determined following the finalisation of future broadcast agreements.

The ongoing partnership also establishes an opportunity for NZR and RA to collaborate on wider commercial initiatives and opportunities – inside and outside of Super Rugby Pacific – to create a stronger presence for the sport in Australia, New Zealand and the Pacific.