Round Three of Super Rugby Pacific is set to be a historic occasion as the Moana Pasifika play their inaugural game.

They will kick off ‘Women in Rugby’ Round against the Crusaders, who are looking to build on their hard-fought victory over the Highlanders.

This will be followed by the Fijian Drua’s first-ever home game as they welcome the Melbourne Rebels to Sunshine Coast Stadium. The game was moved as a result of flooding in Brisbane, with both teams eager for the first win of the season.

The triple-header of action concludes in Perth with the Western Force welcoming the Queensland Reds to HBF Park. It’ll make a homecoming of sorts for the Force, forced on the road to start their season. Tim Sampson’s men enter in great form after a bonus-point win over the Rebels, whilst the Queensland Reds are looking to continue their unbeaten run.

The Blues and Chiefs will kick off Saturday at Eden Park, with the Blues out to avenge their heartbreaking loss to the Hurricanes. Meanwhile, the Chiefs are looking to build momentum after their round one win over the Highlanders.

Following this, the Hurricanes host the Highlanders, heading into the contest full of confidence after last week’s thrilling victory.

Round three is capped off with a grudge match between the Brumbies and Waratahs at GIO Stadium, with both teams looking to solidify their spot in the top four.

Check out our official round three match programme below to see all the team lists, key stats, players to watch and feature stories – including an insightful piece about Ardie Savea after his heroics over the weekend. You can also subscribe to the weekly programme on the official tournament home page super.rugby - sign up now with your email address. 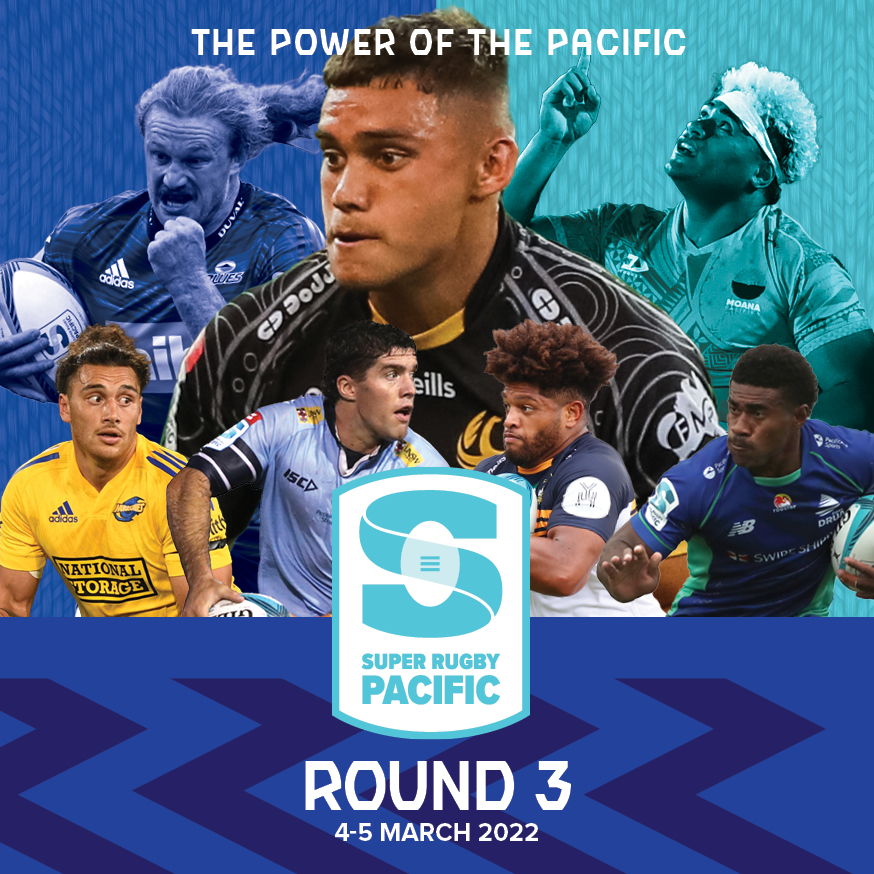