With Super Rugby Aotearoa and Australia now up and running we had four matches to enjoy and the teams and players did not disappoint... what did the stats say?

Round #4 saw the Blues with a bye and the Crusaders took full advantage by beating the Highlanders to leap-frog them into first place. Both are unbeaten and meet in Round #5. The Hurricanes, like the Crusaders, won away from home to kick-start their season and make it even tougher for the Chiefs season.

Player of the Week was Crusaders' wing/fullback Will Jordan who is in amazing form having already been POTW in Round 2 and third-best in Round 3.  Jordan is followed this week by Highlanders' flanker Shannon Frizell and Crusaders' scrum-half Mitchell Drummond. 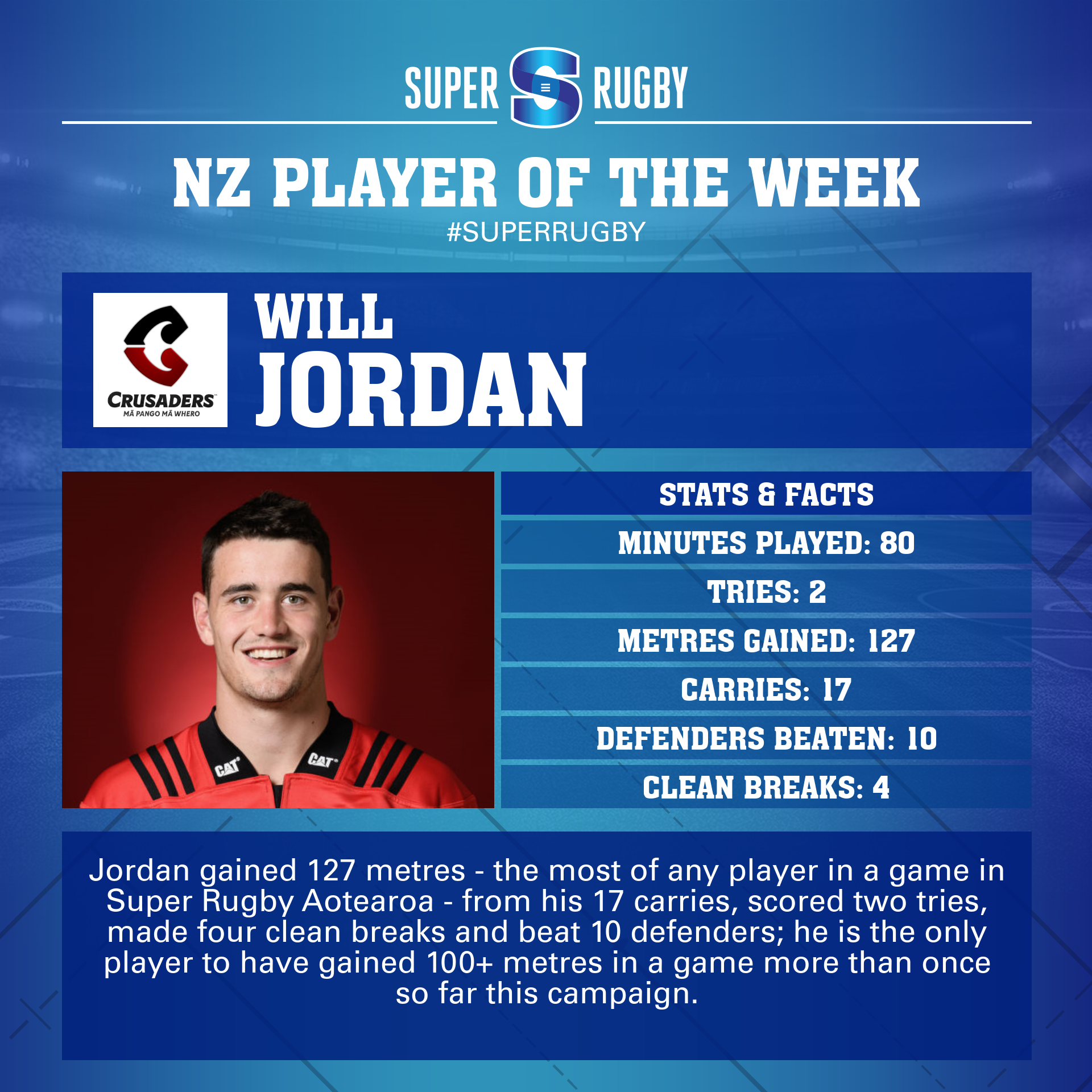 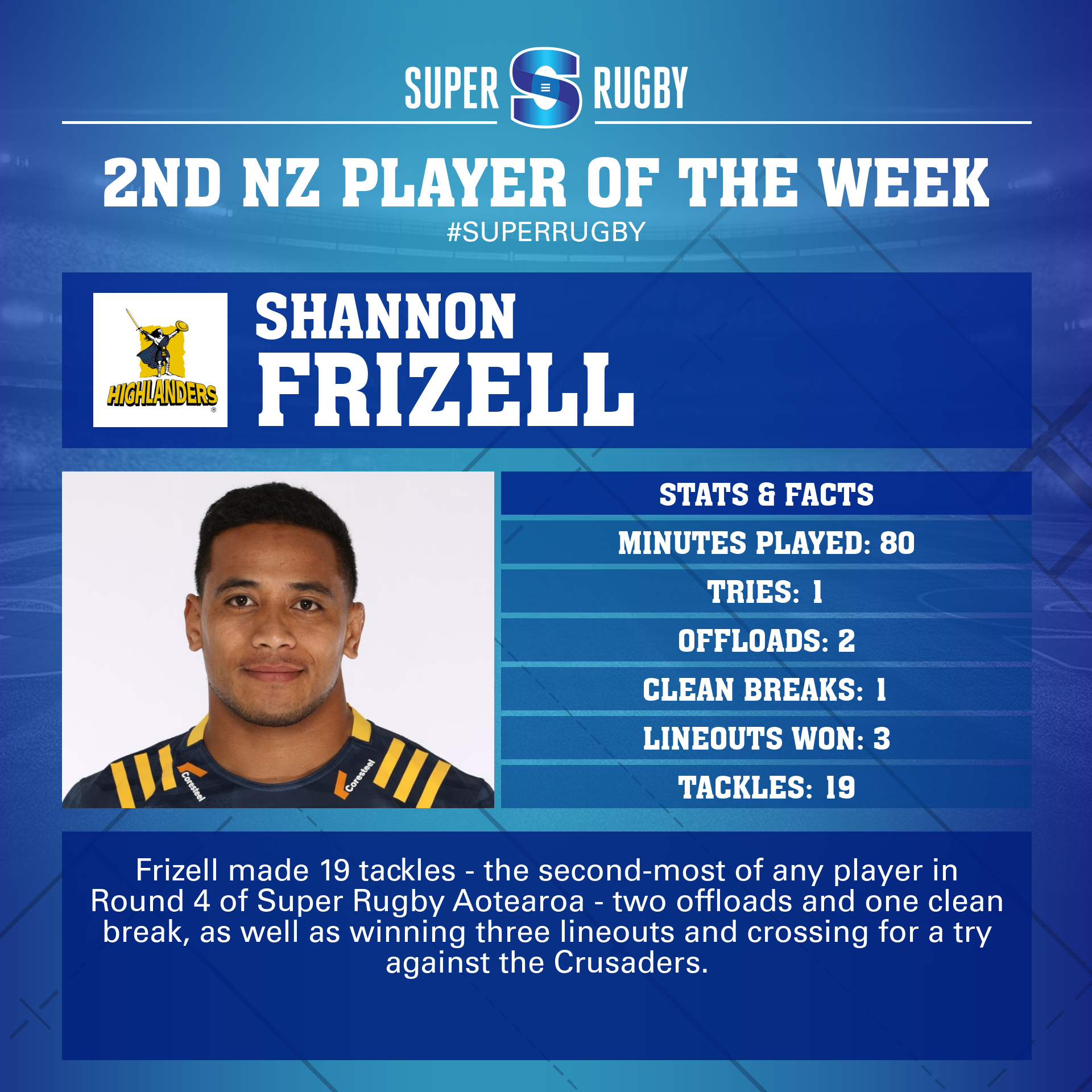 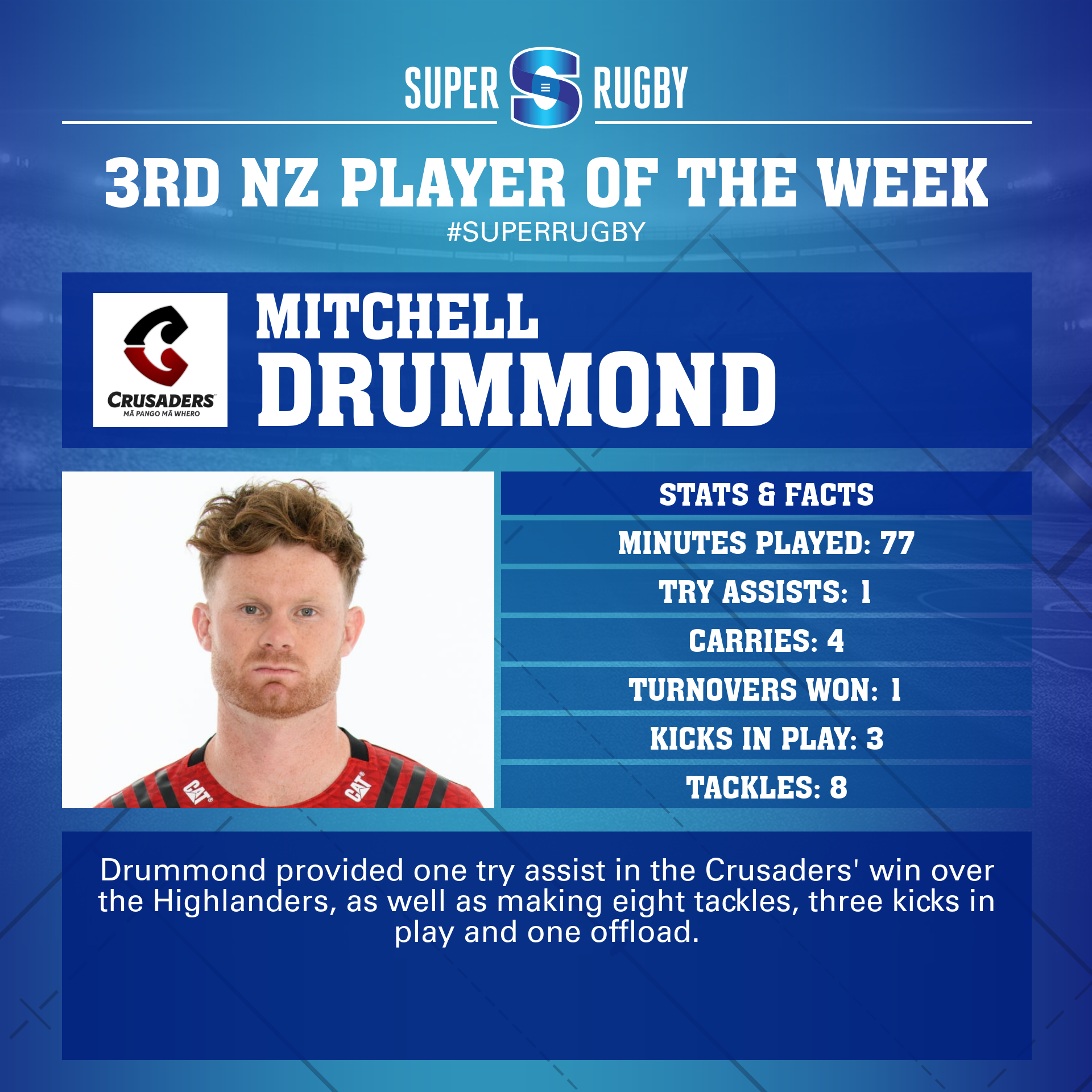 Round #1 kicked off with Australia's oldest derby and the Reds broke an 11-match drought against the Waratahs in Brisbane to earn earl bragging rights. The Brumbies started where they left off in Super Rugby earlier in the year by being solid and clinical against the Rebels who made them work hard in the second half.

Player of the Week is Brumbies' scrum-half Joe Powell who is pushing for a recall into the Wallabies this year. Runner-up is teammate and hooker Folau Faainga while third-best in Round #1 was Rebels' fullback Dane Haylett-Petty. 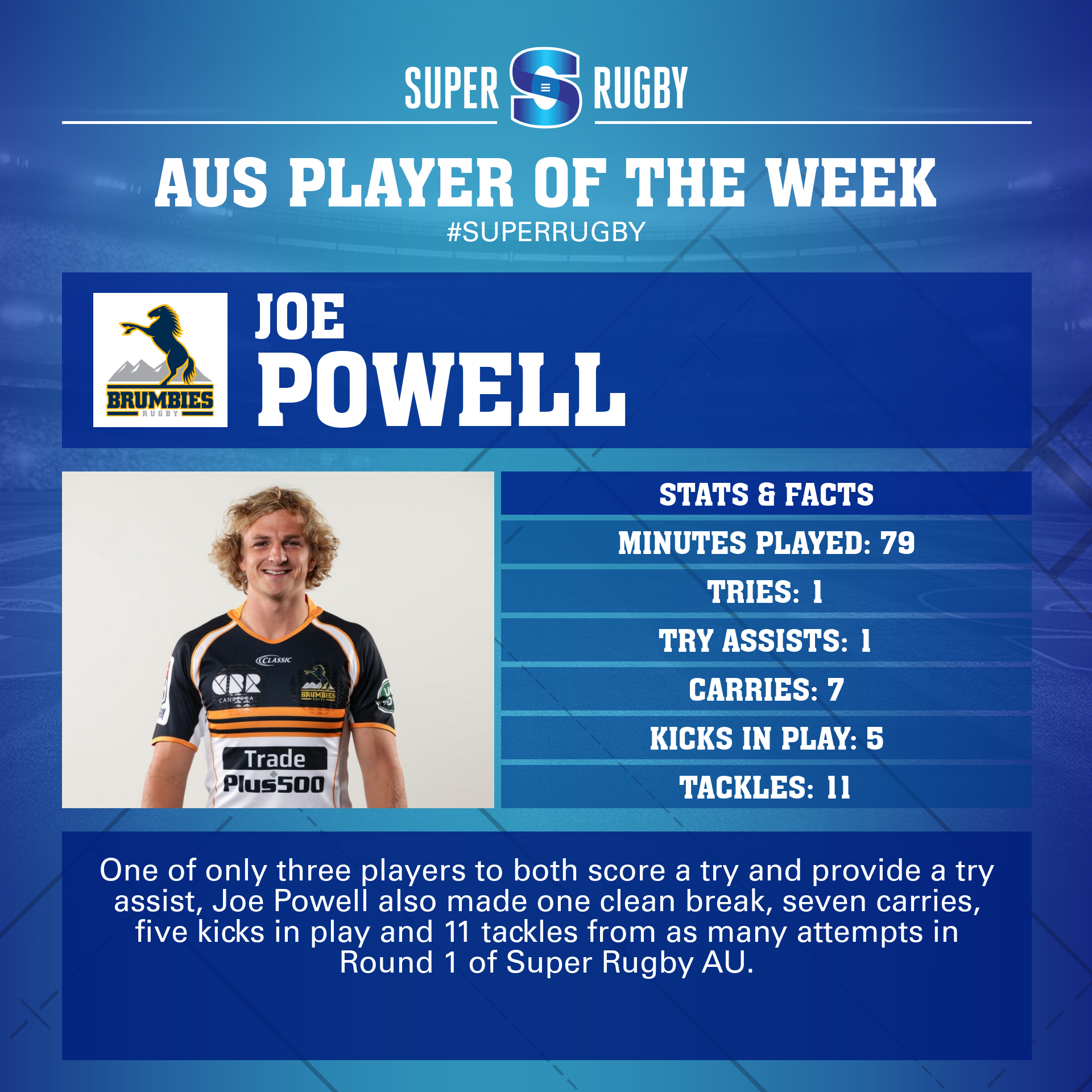 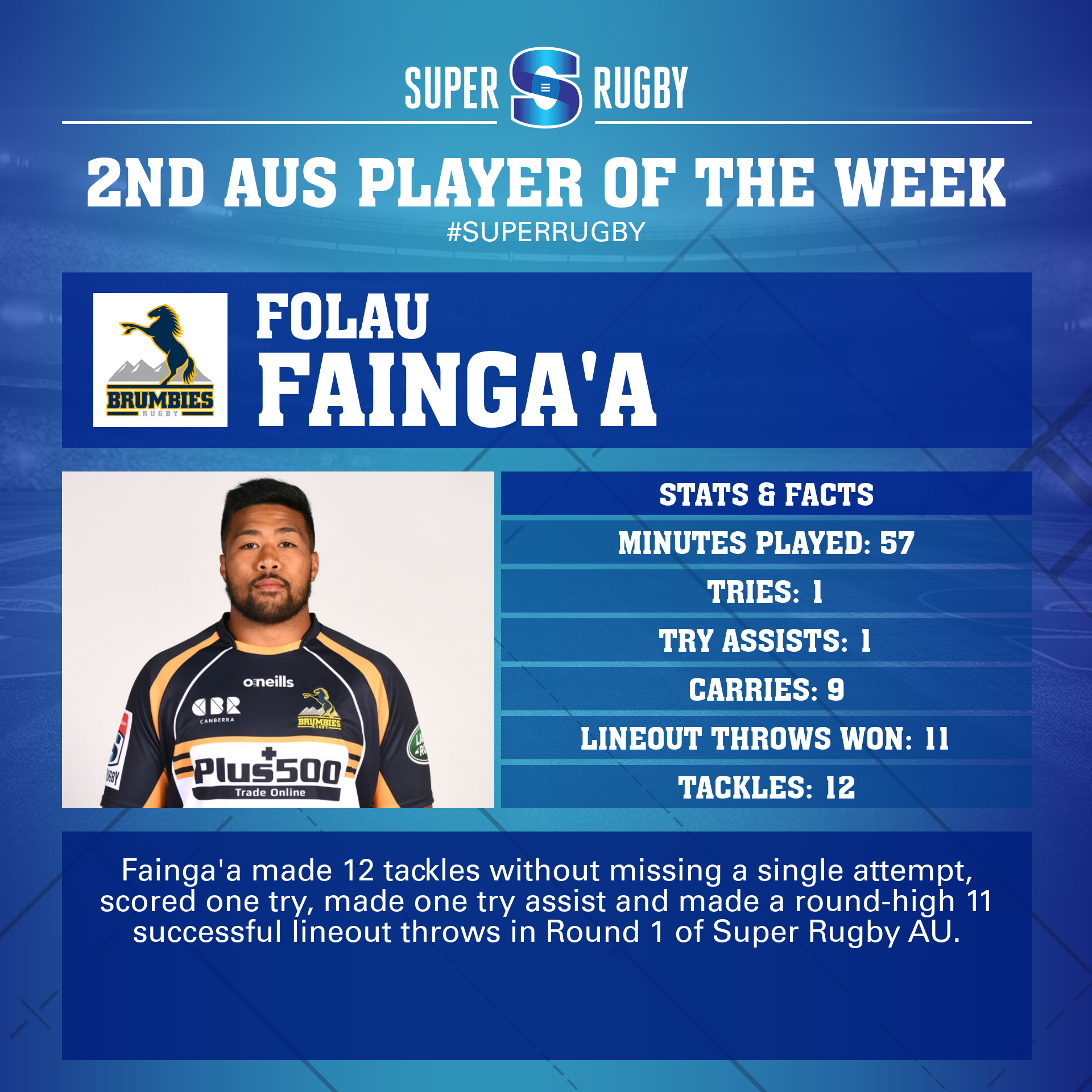 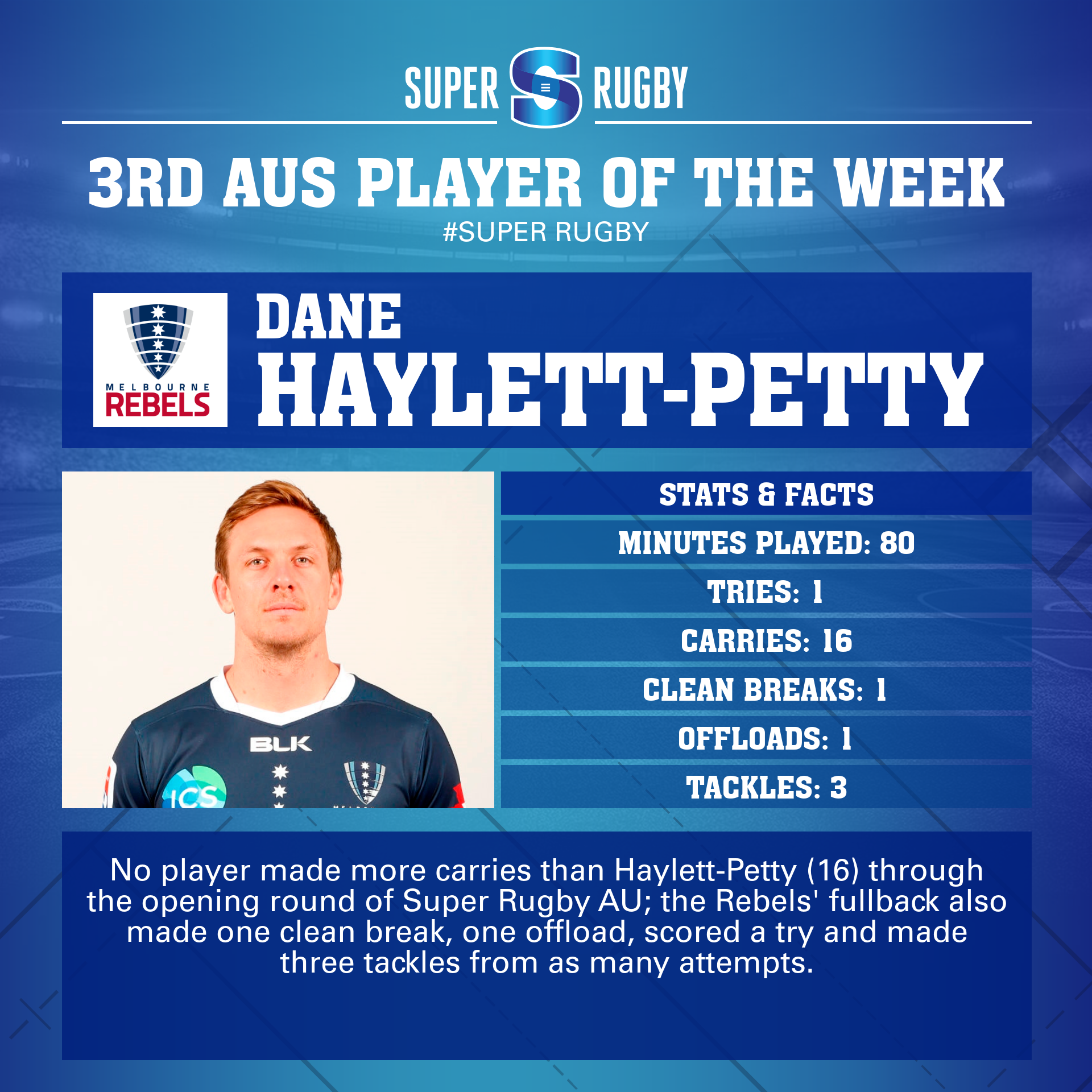