Three home wins across the weekend and one draw despite Super Point extra-time ... and we saw some golden moments but what did the stats say?

Round #5 saw the Crusaders thwart the aspirations of the Blues as they finished strongly, thanks to their bench 'finishers' in Christchurch, to stay unbeaten and extend their lead at top of the table. Meanwhile the Hurricanes made it two from two as they beat the Highlanders in Wellington and now sit in third sport on the table, one win behind the Blues who surrendered their unbeaten record at Orangetheory Stadium.

Player of the Week was Hurricanes' captain and scrum-half TJ Perenara who was in fine form at Sky Stadium. TJ was followed by team-mate and centre Ngane Laumape who was back to his blockbuster stuff against the Highlanders; while third best was Highlanders scrum-half Aaron Smith. 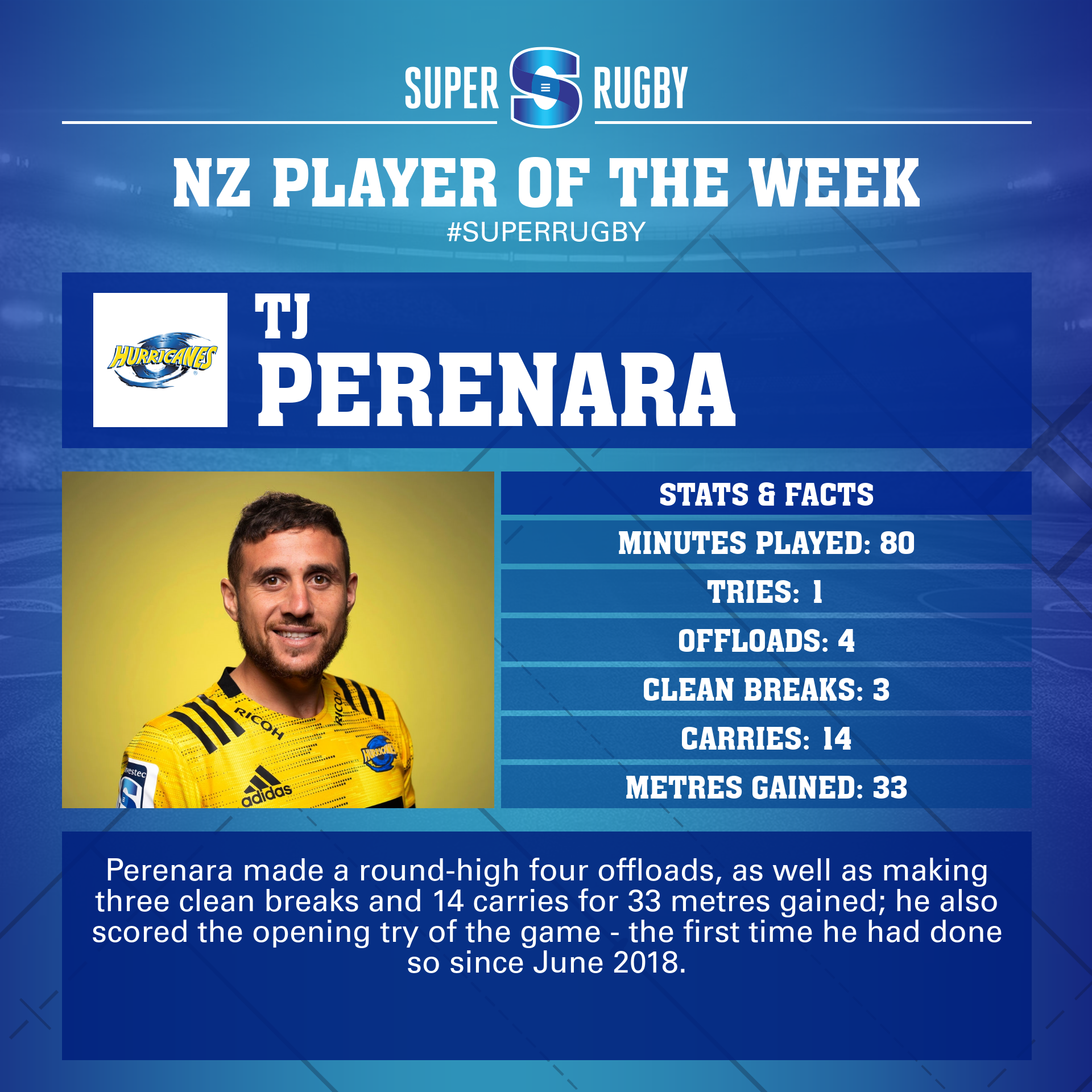 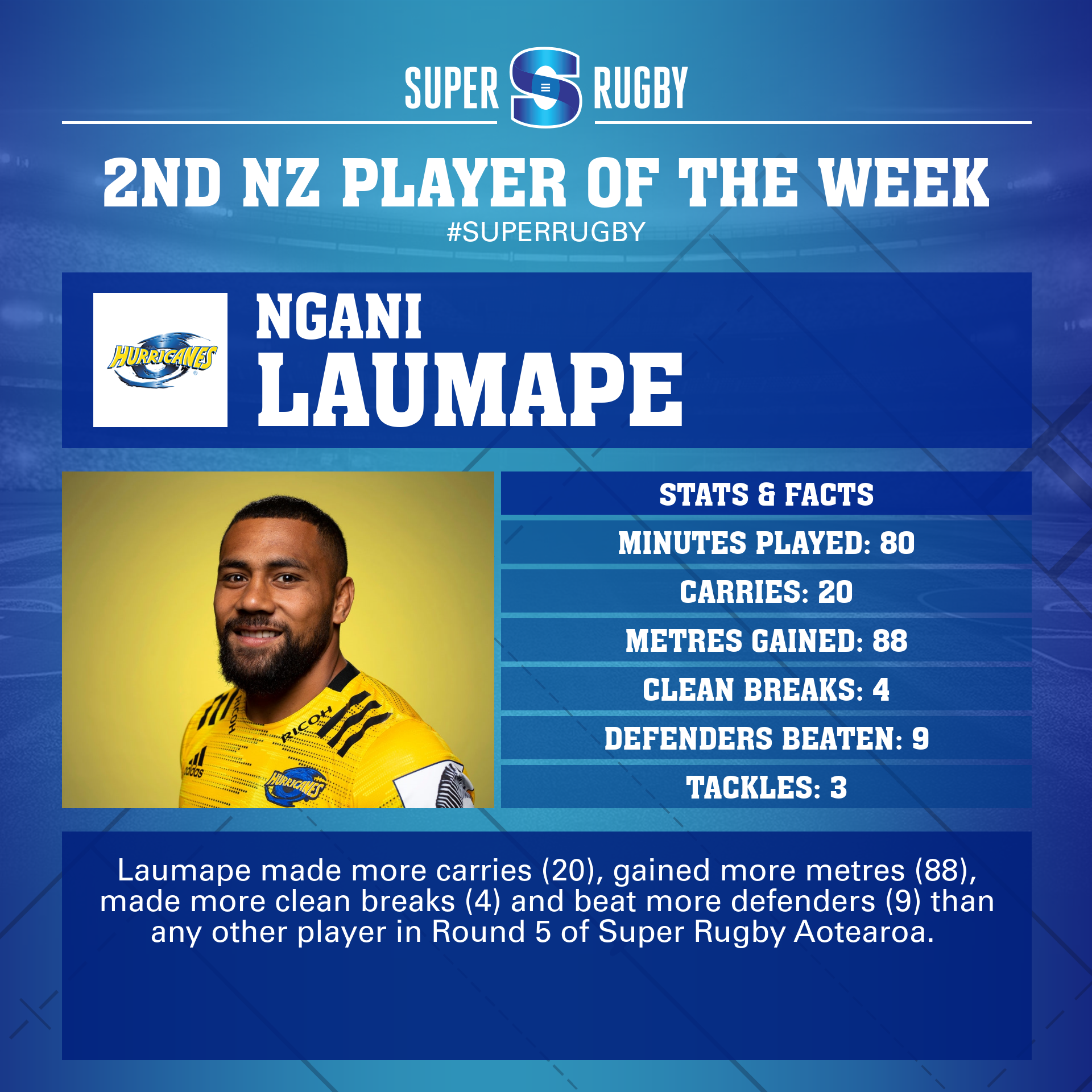 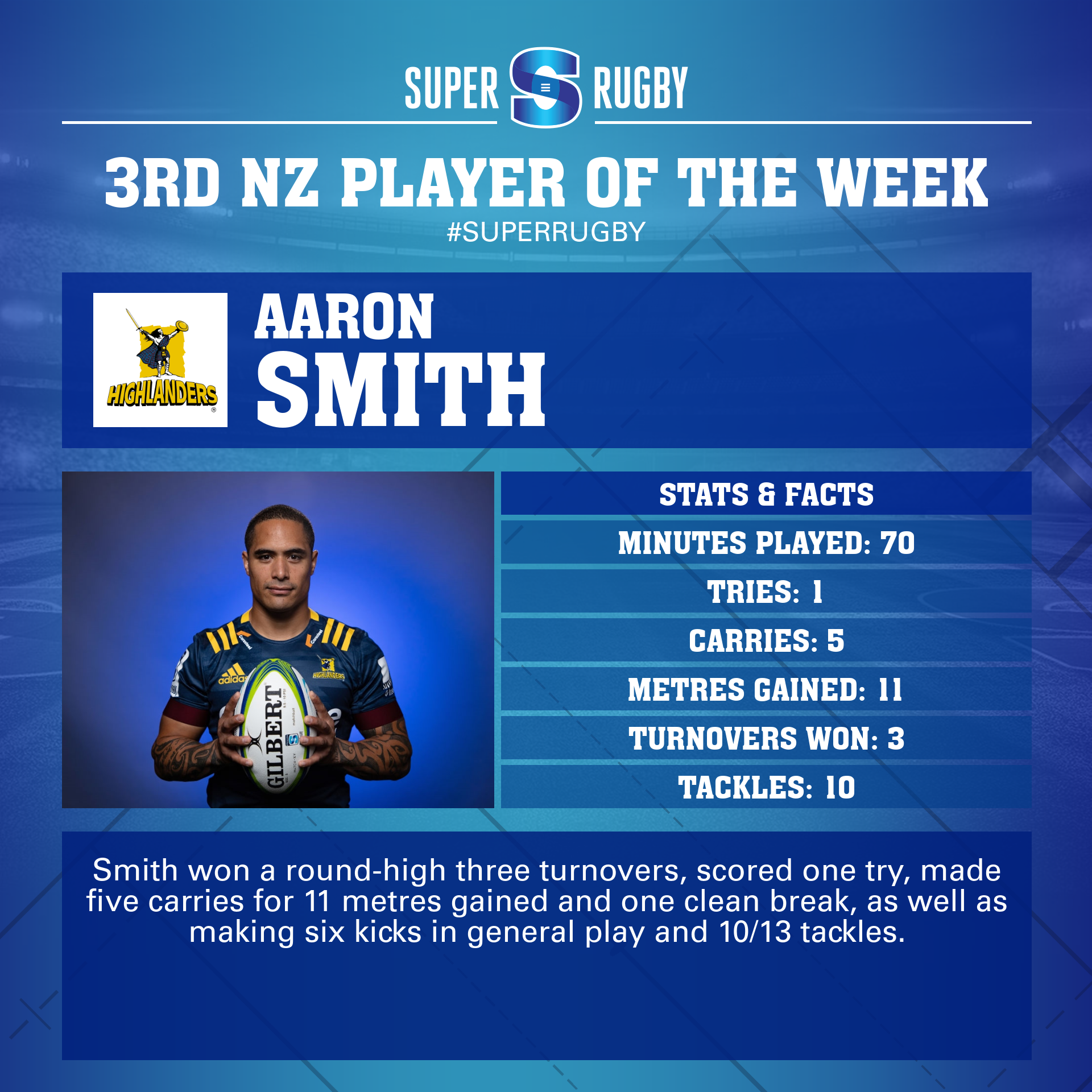 Round #2 saw the return of the Western Force to Super Rugby as they replaced the Sunwolves in the reformatted Super Rugby AU competition. The Force led 14-0 but the Waratahs finished strongly at the Sydney Cricket Ground to win 23-14.  The Rebels match against the Reds was moved from Melbourne to Brookvale Oval in Sydney due to COVID-19 concerns. The match played in wet conditions finished 18-all after 80 minutes signalling a first ever Super Point extra-time period. Unfortunately neither team could break the deadlock and it ended as a draw.

Player of the Week is the promising talent of Reds' No.8 Harry Wilson who could well find himself in Wallaby colours this year as he continues to impress. He edged out Waratah's and Wallaby veteran Michael Hooper and Reds' lock Lukhan Salakaia-Loto 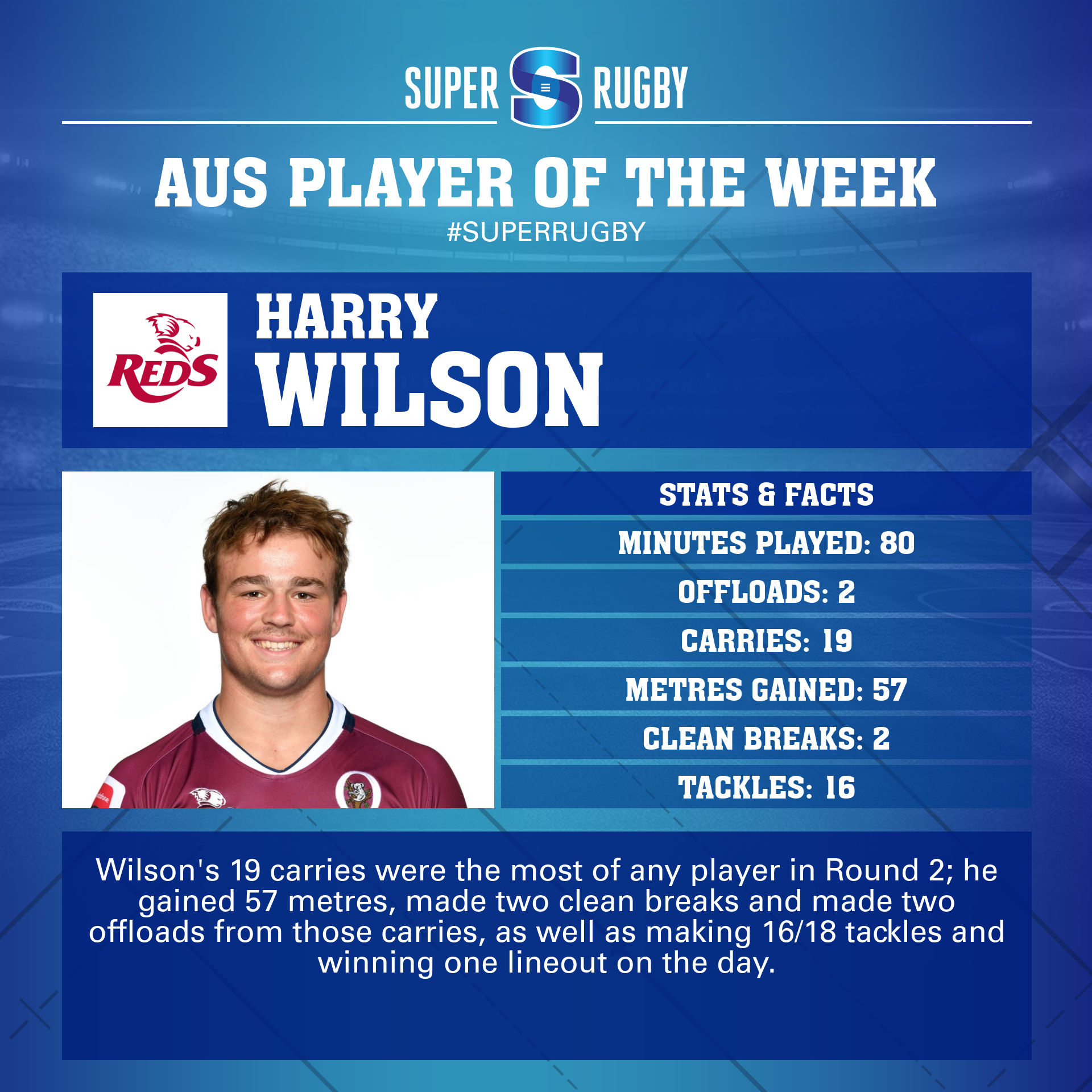 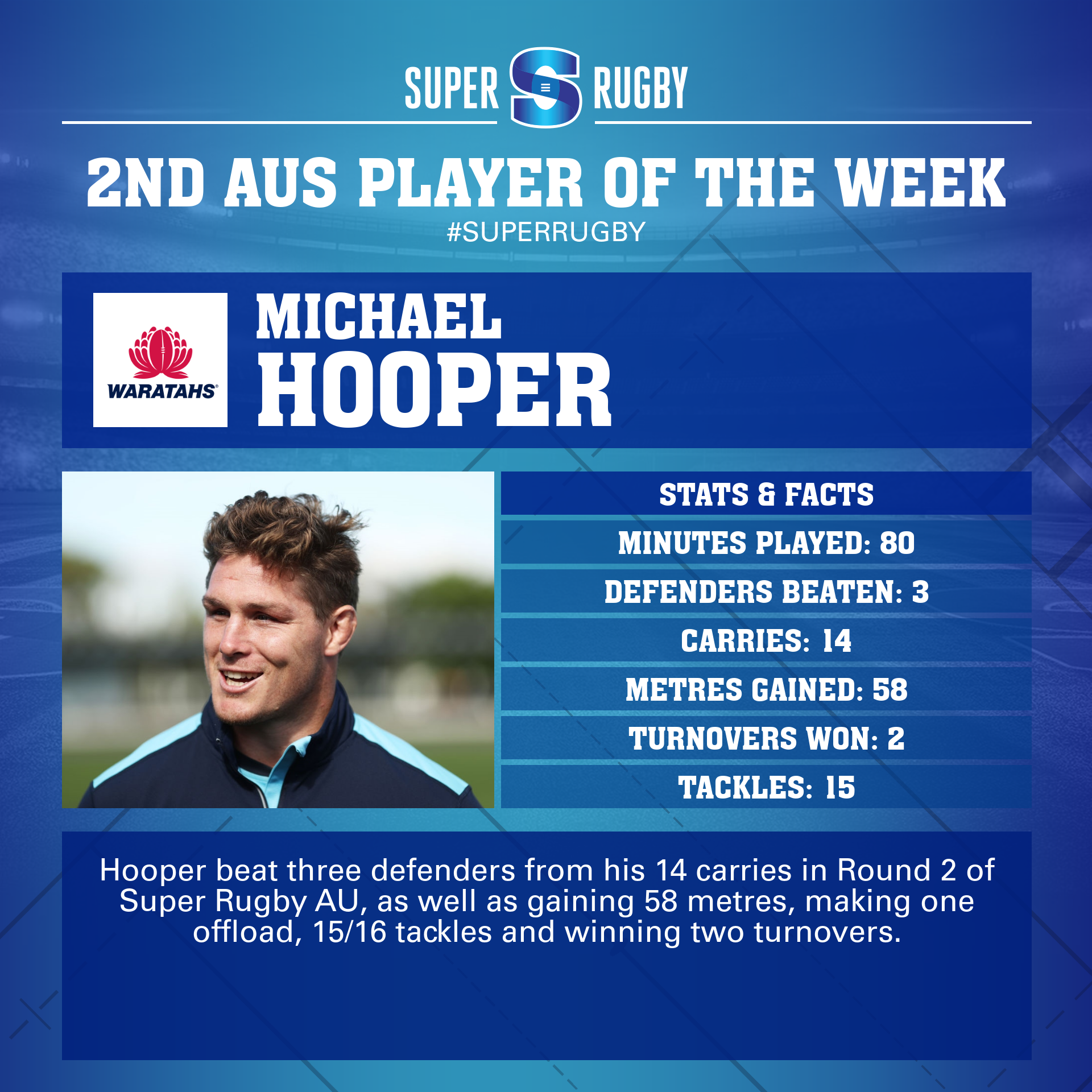 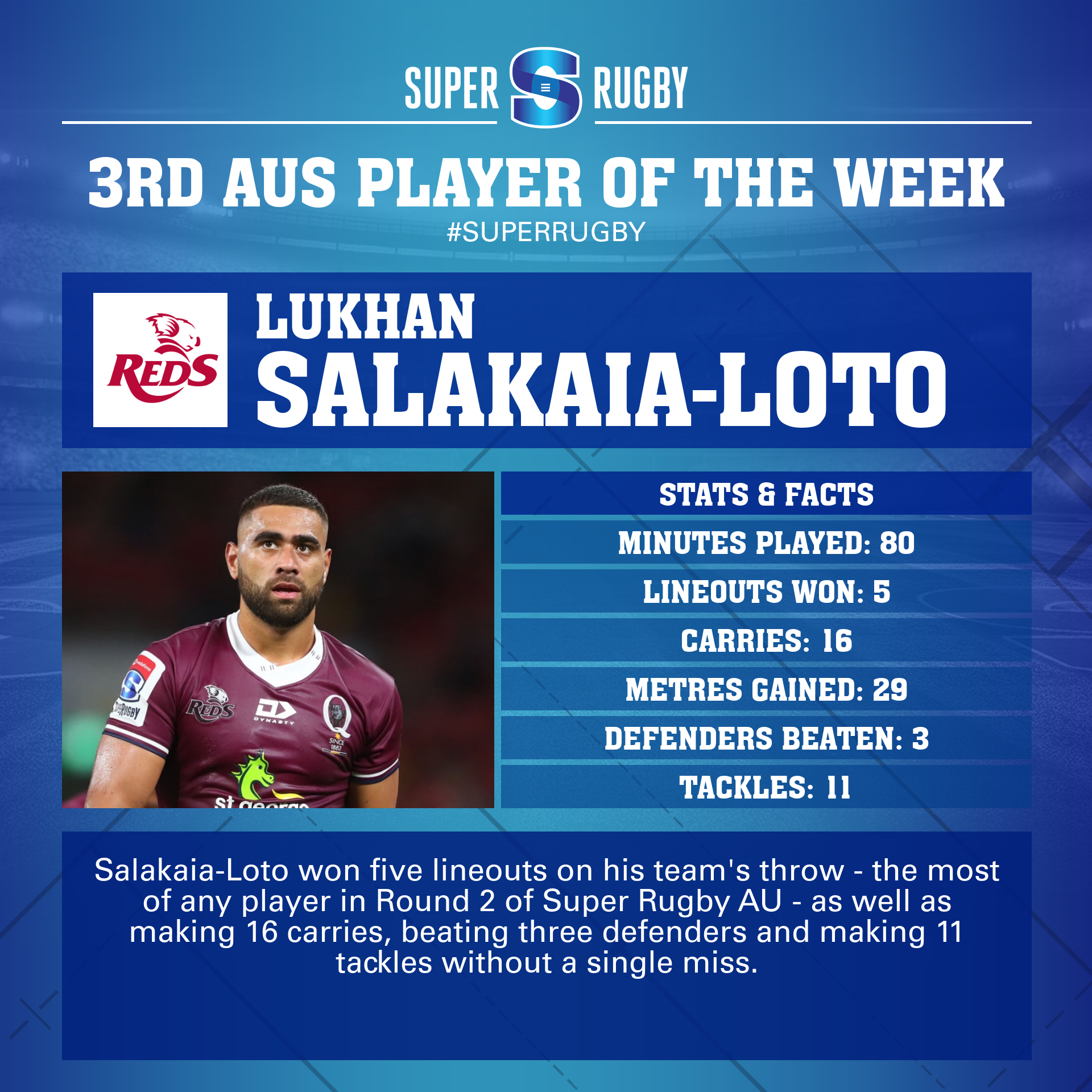