Bonus points galore across Super Rugby Aotearoa and AU with the biggest winning margin just seven points last weekend and there were some big performances...

Round #6 saw the Crusaders stay on top of the standings despite having the bye. The Hurricanes dented the Blues title hopes with a nail-biting 29-27 win in Wellington. Meanwhile the Chiefs looked like winning their first match of Super Rugby Aotearoa until the Highlanders snatched a dramatic victory with the last play of the match in Hamilton.

Opta ran the stats and the Player of the Week was Chiefs' flanker Lachlan Boshier who was all over the park and managed several turnovers, scored a try was generally a huge nuisance for the Highlanders. Close behind was Highlander scrum-half Aaron Smith who was instrumental in his team's comeback win at FMG Stadium Waikato; while third best was Chiefs' centre Anton Lienert-Brown. 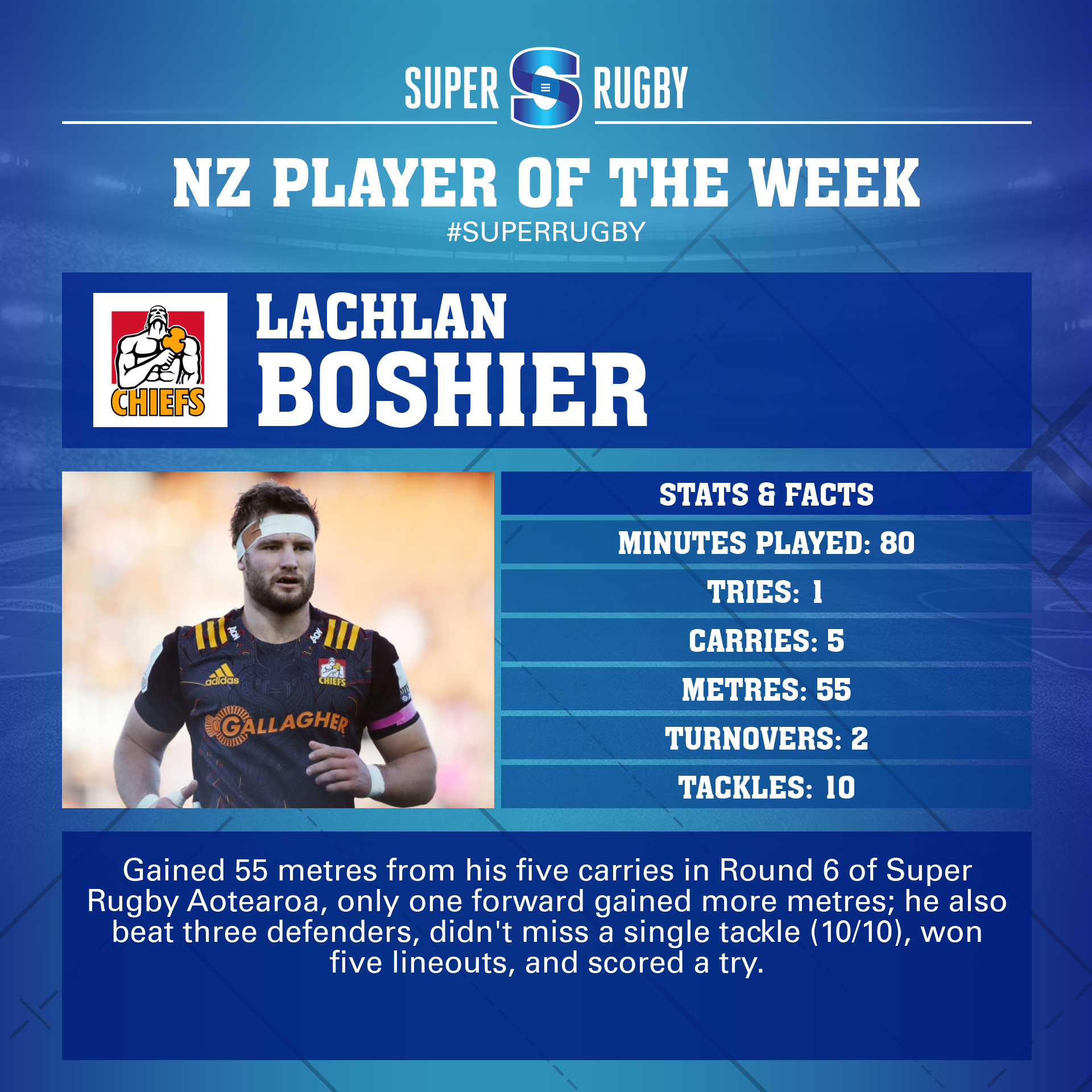 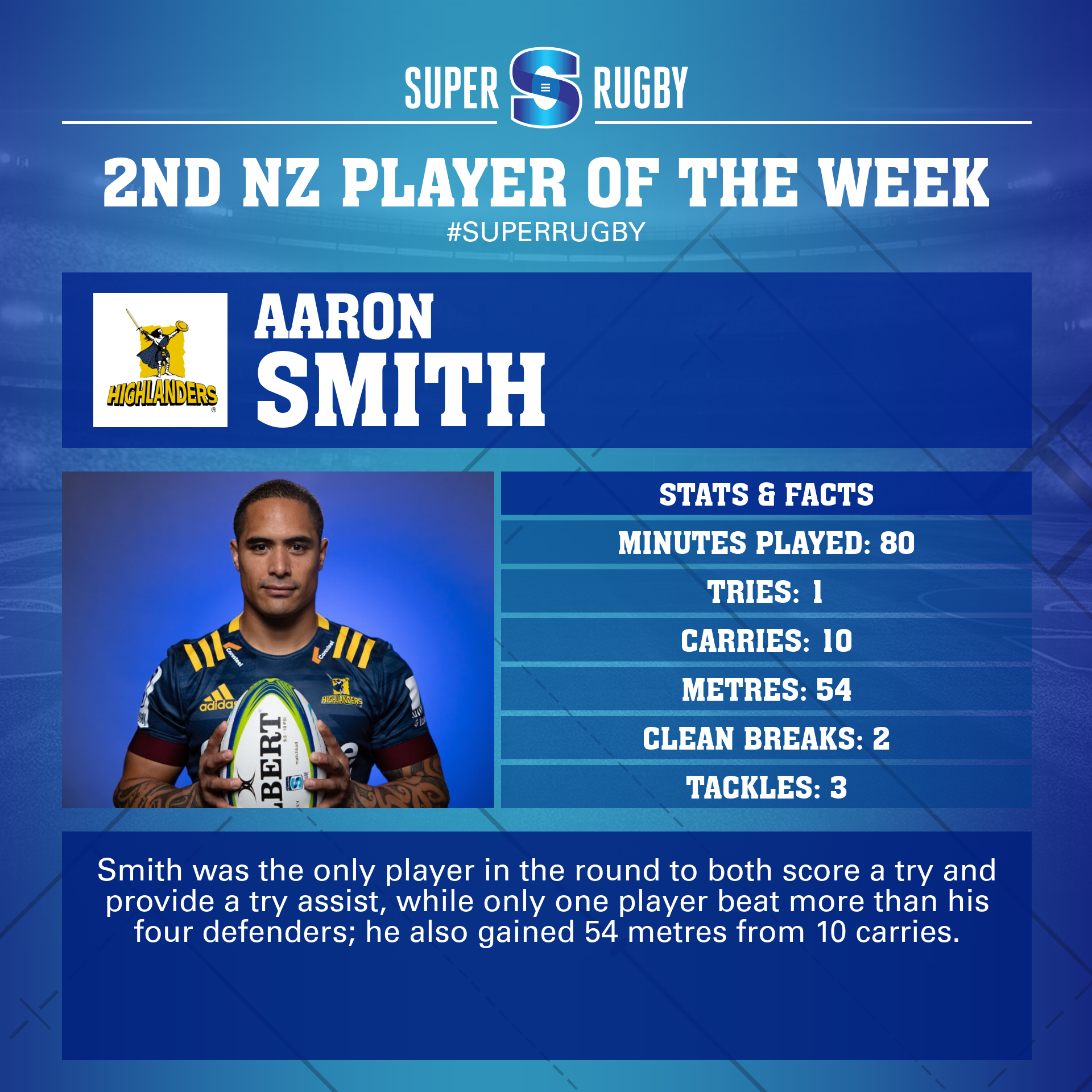 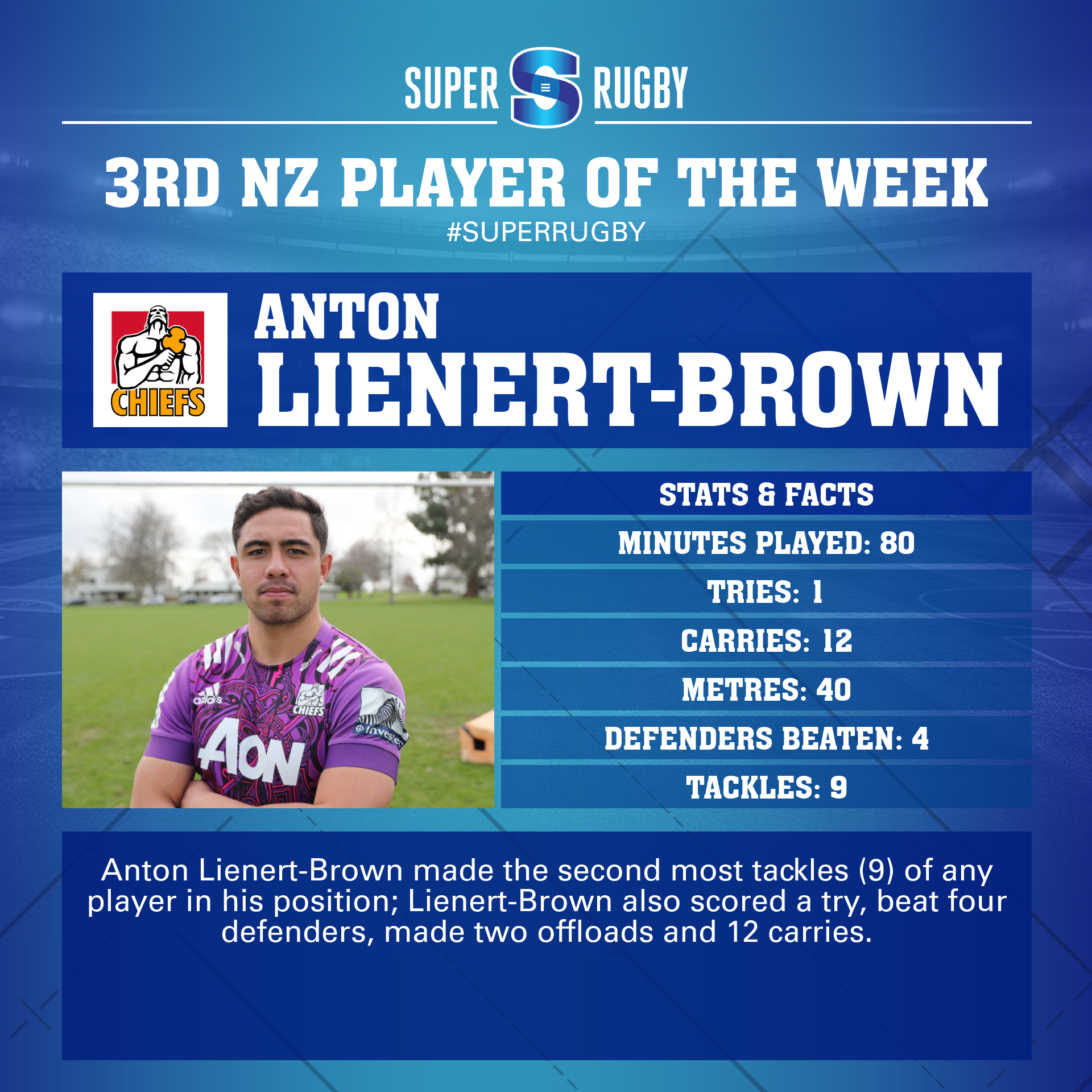 Round #3 saw the Western Force push the Reds all the way in Brisbane in a match that saw eight tries [four apiece] in an open and enthralling encounter. The Reds sit atop the standings unbeaten after three matches with two wins and a draw, but breathing down their necks are the Brumbies who are also unbeaten and have a game in hand. They beat the Waratahs in Sydney by a single point after scoring their fourth and decisive try minutes from the end of the match

Player of the Week is Western Force flanker Henry Stowers who put in a massive shift against the Reds - no player made more tackles or carries than the hard-working backrow forward. Runner-up this week is Reds winger Filipo Daugunu who continues to improve and is developing into a well-rounded Super Rugby threat out wide; Byron Ralston the Force wing continues to catch the eye in Super Rugby AU and he scored two tries to finish in third this week. 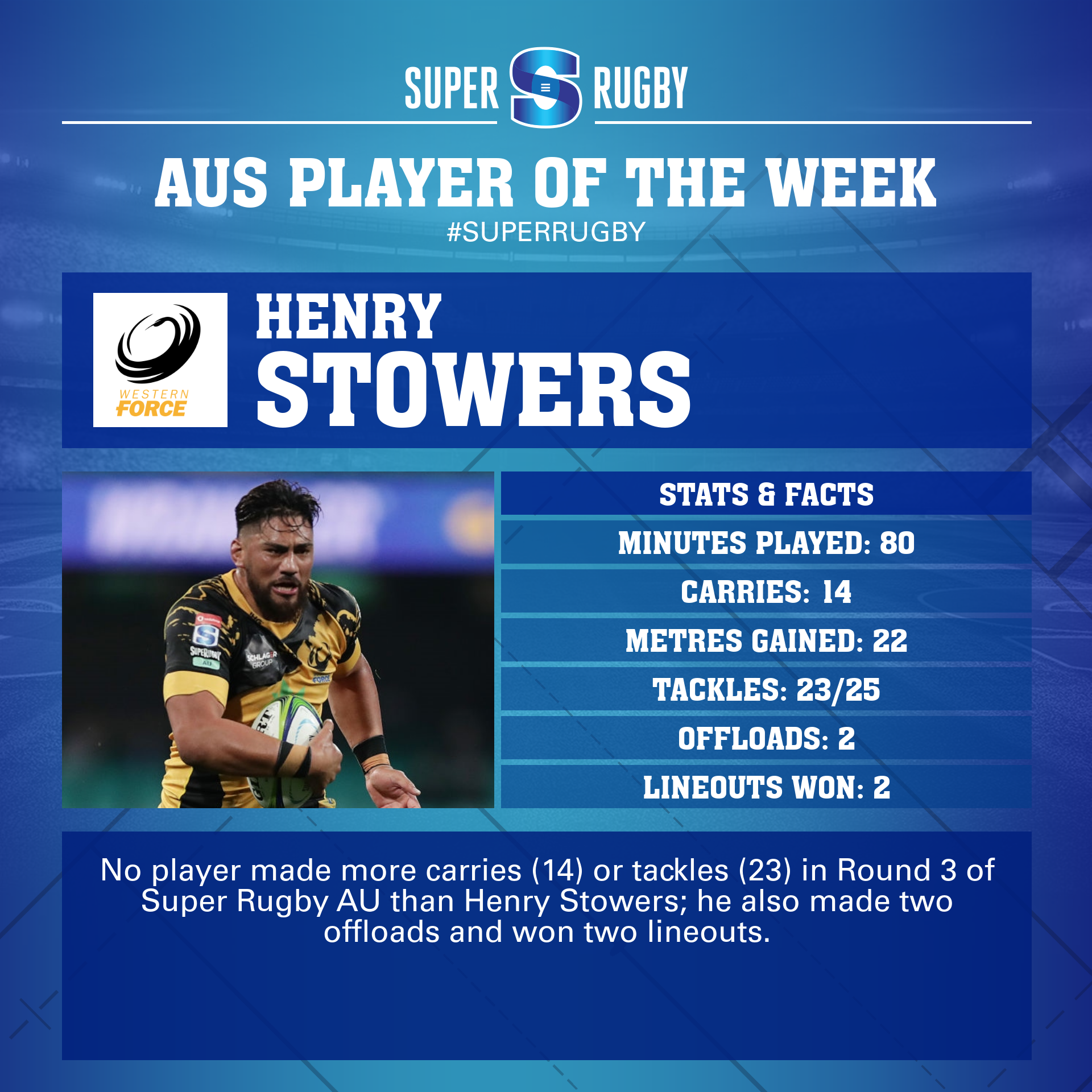 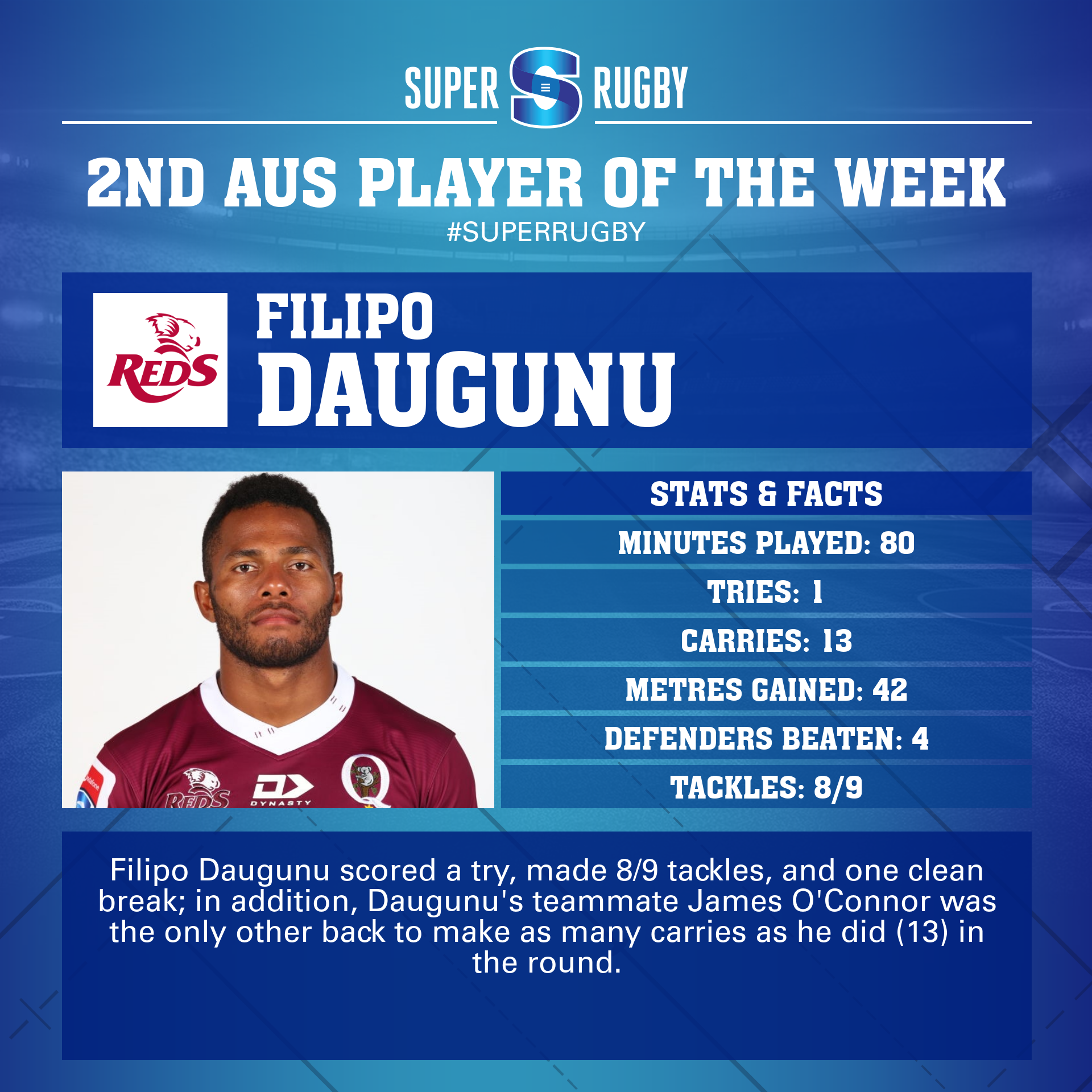 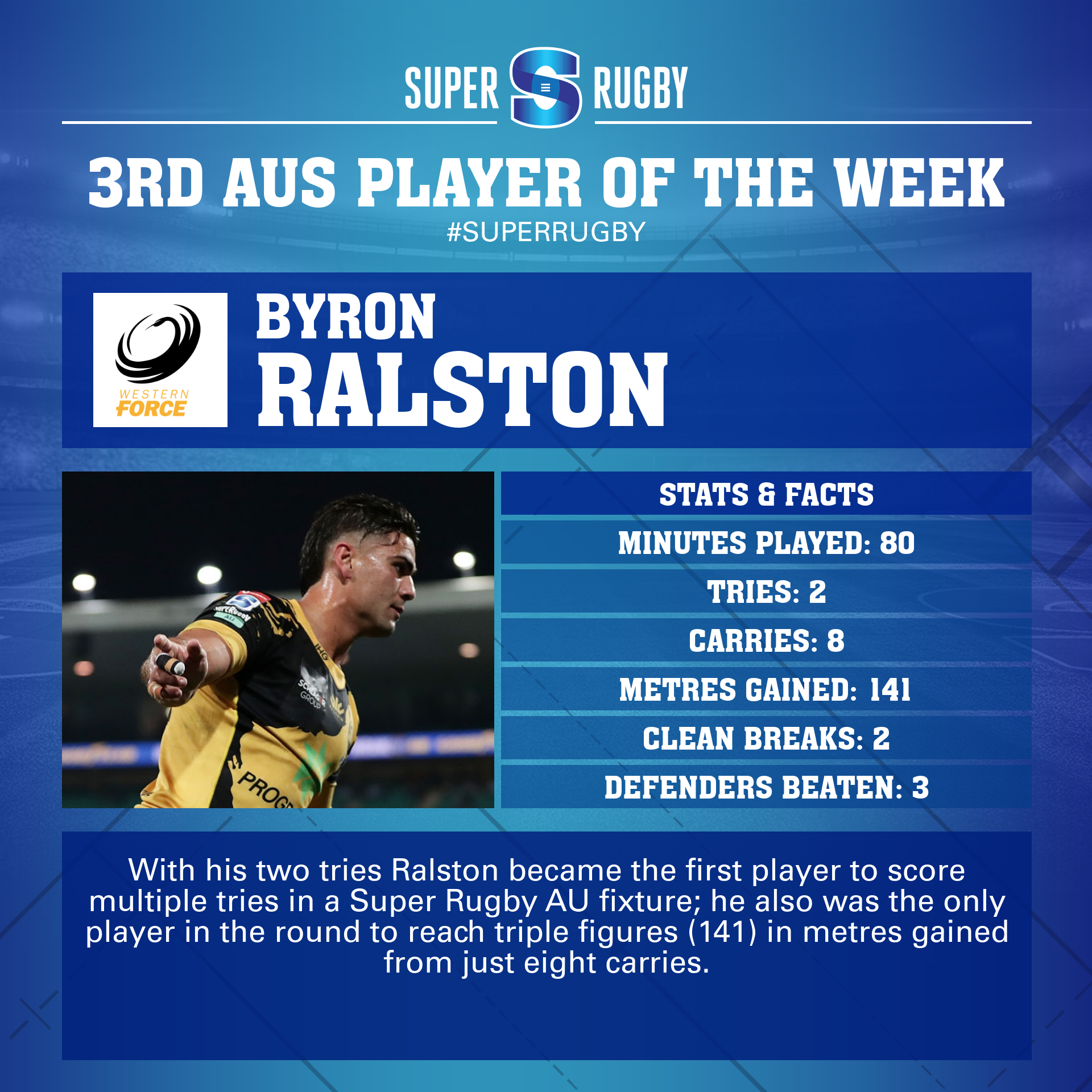