Big weekend as Blues and Hurricanes close gap on Crusaders in NZ while Brumbies look team to beat in Australia...

Round #7 saw the Crusaders beaten at home for the first time in 36 matches as the Hurricanes proved irresistible in Christchurch in a classic Super Rugby match. The Hurricanes have now won four in a row. The Blues beat the hapless Chiefs to get their campaign back on the road and moved into second place.

Opta ran the stats and the Player of the Week was Crusaders' play-maker Richie Mo'unga who is in hot form despite his side being edged by two points against the Hurricanes. The Crusaders outscored the Hurricanes four tries to three on the back of Mo'unga. In such an open match in Christchurch with seven tries and a huge amount of ball movement no surprise that second and third places go to wingers: Crusaders' wing Sevu Reece and Hurricanes wing Wes Goosen who scored two tries in his sides' victory. 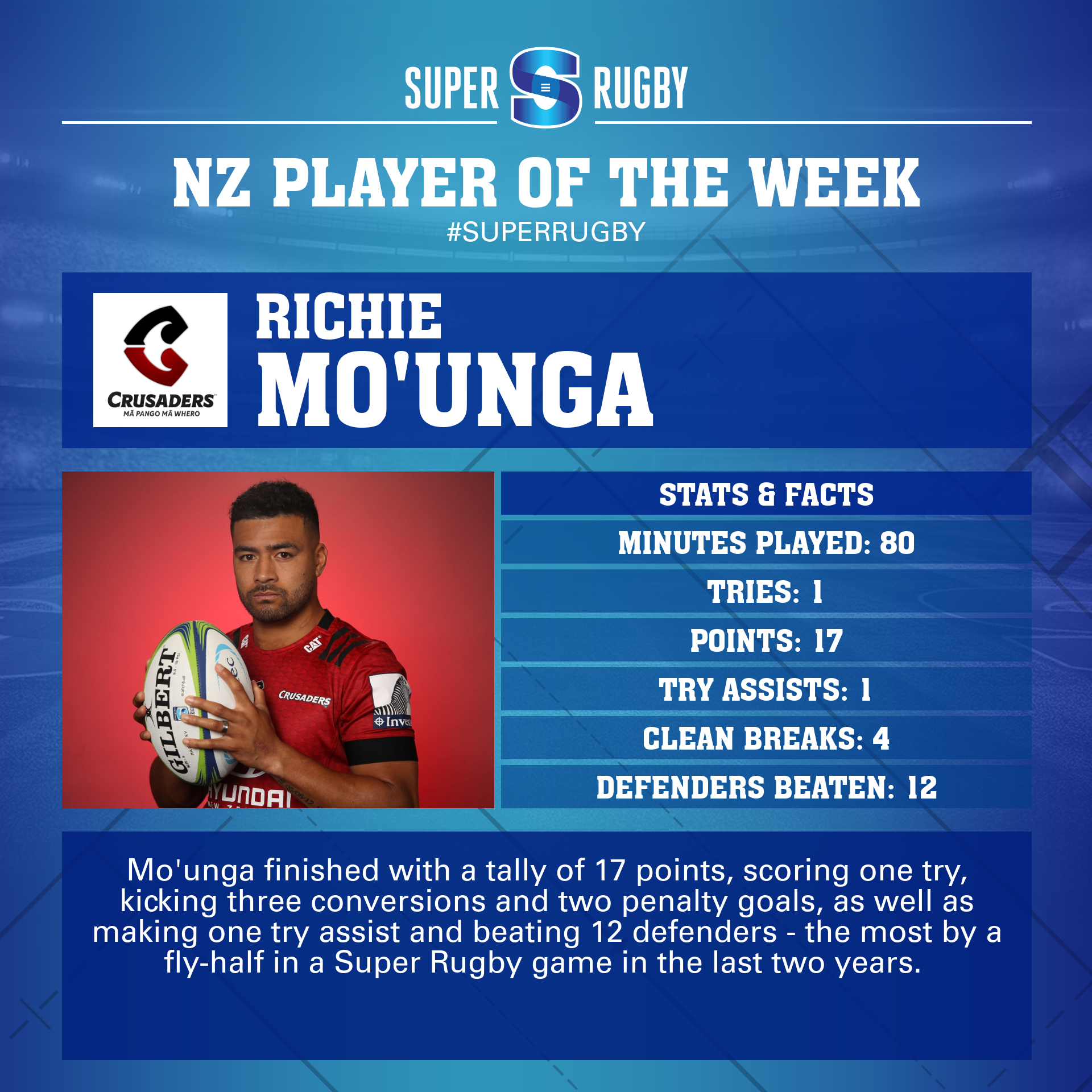 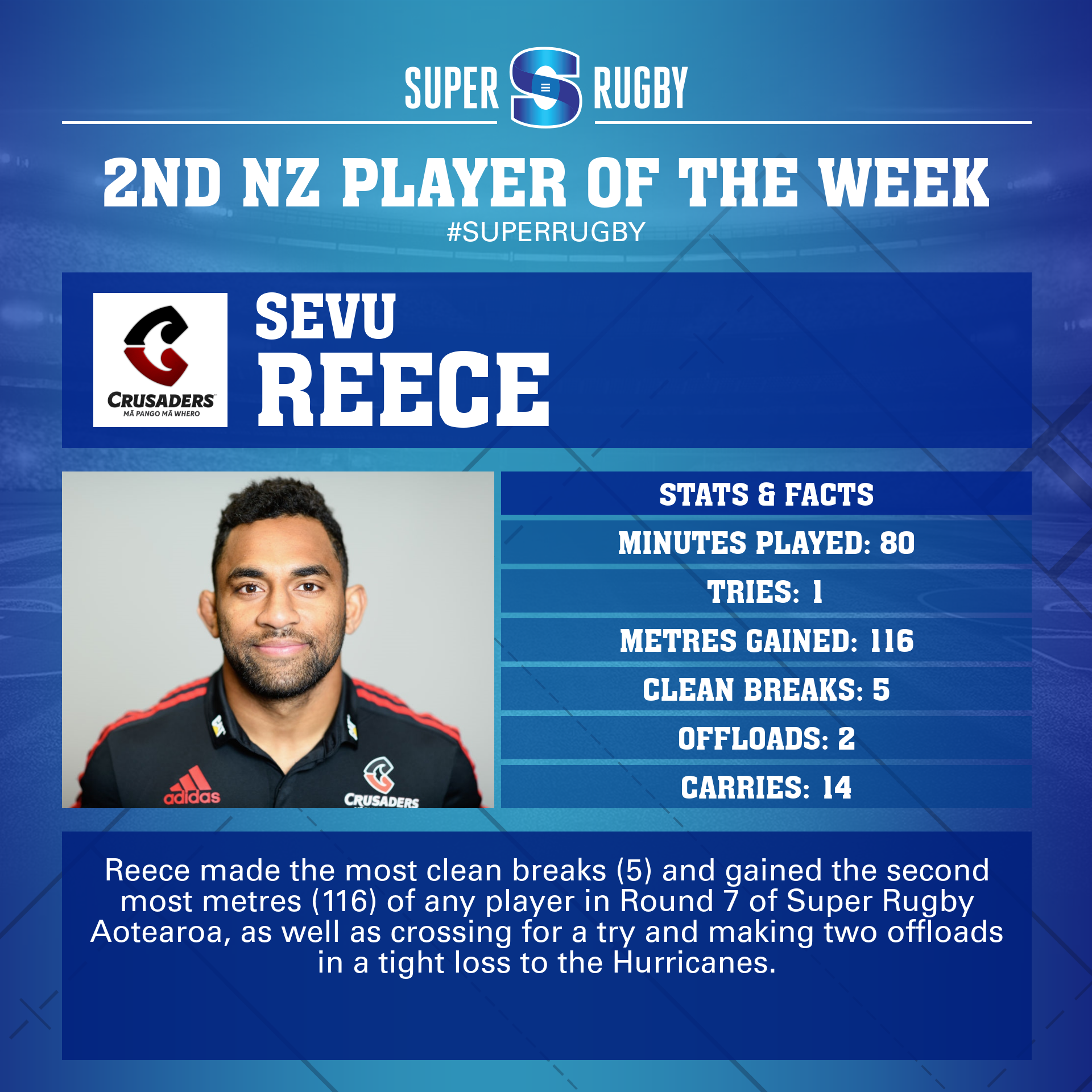 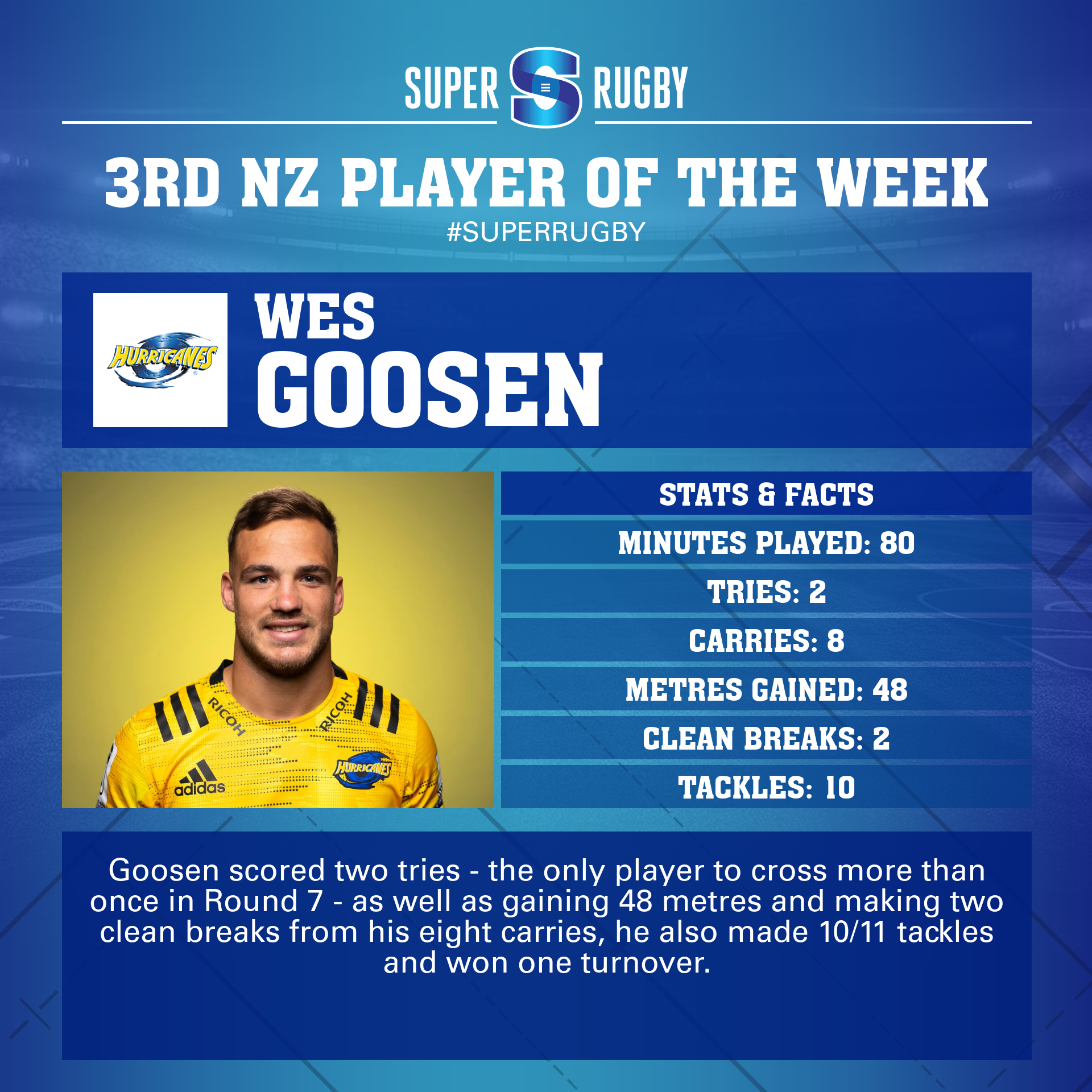 Round #4 saw the Brumbies establish a four-point lead over second place Reds [who had a bye] after a comfortable 24-0 win over the Western Force. The Waratahs defeat against the Rebels means both teams are joint third with any further losses likely to mean a Finals berth is out of the question.

The statistics threw up some interesting data this week but the Player of the Week is in-form Brumbies outside back Tom Wright who scored his second try of the campaign against the Western Force. On his heels are team-mate and fly-half Matt Toomua and Western Force second row Fergus Lee-Warner. 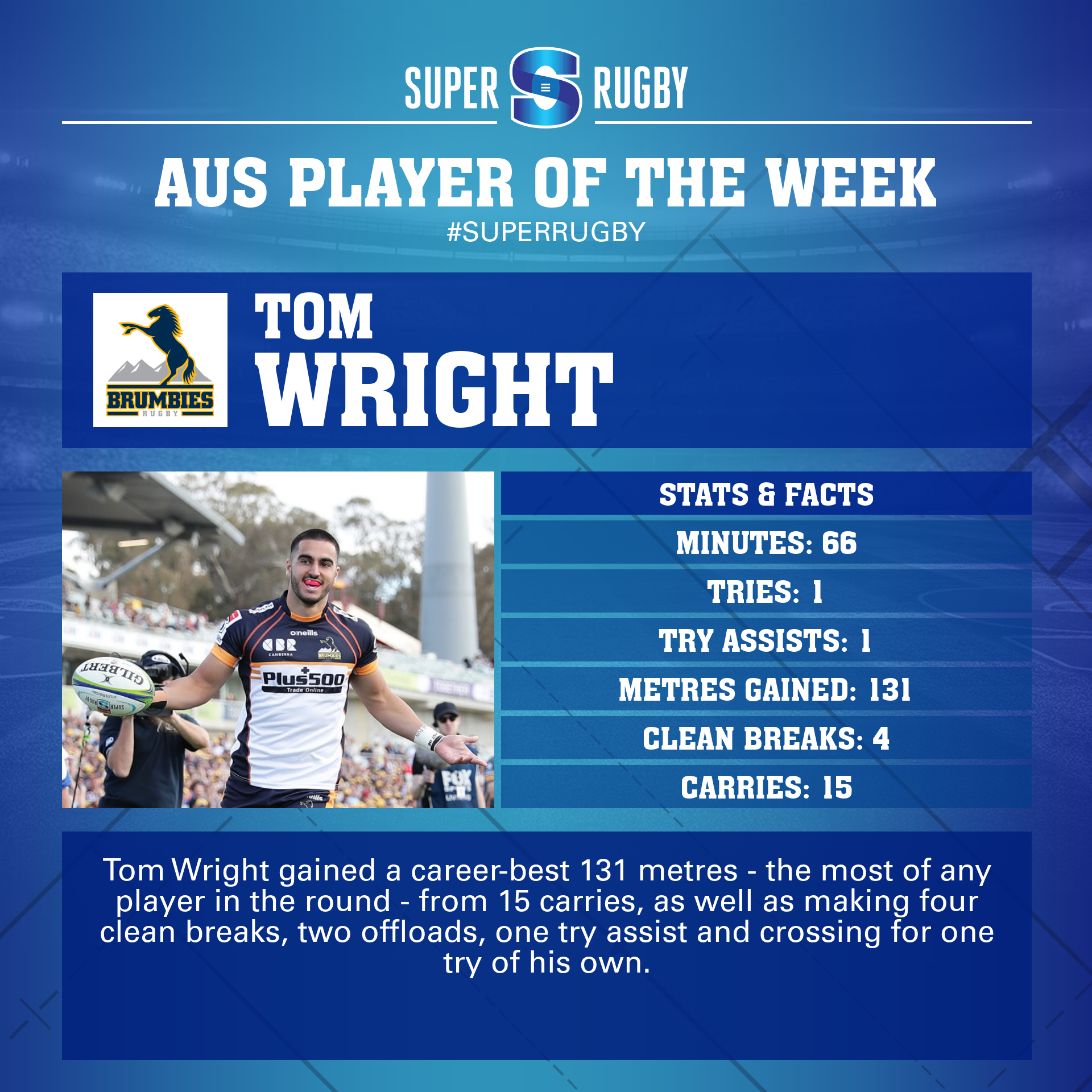 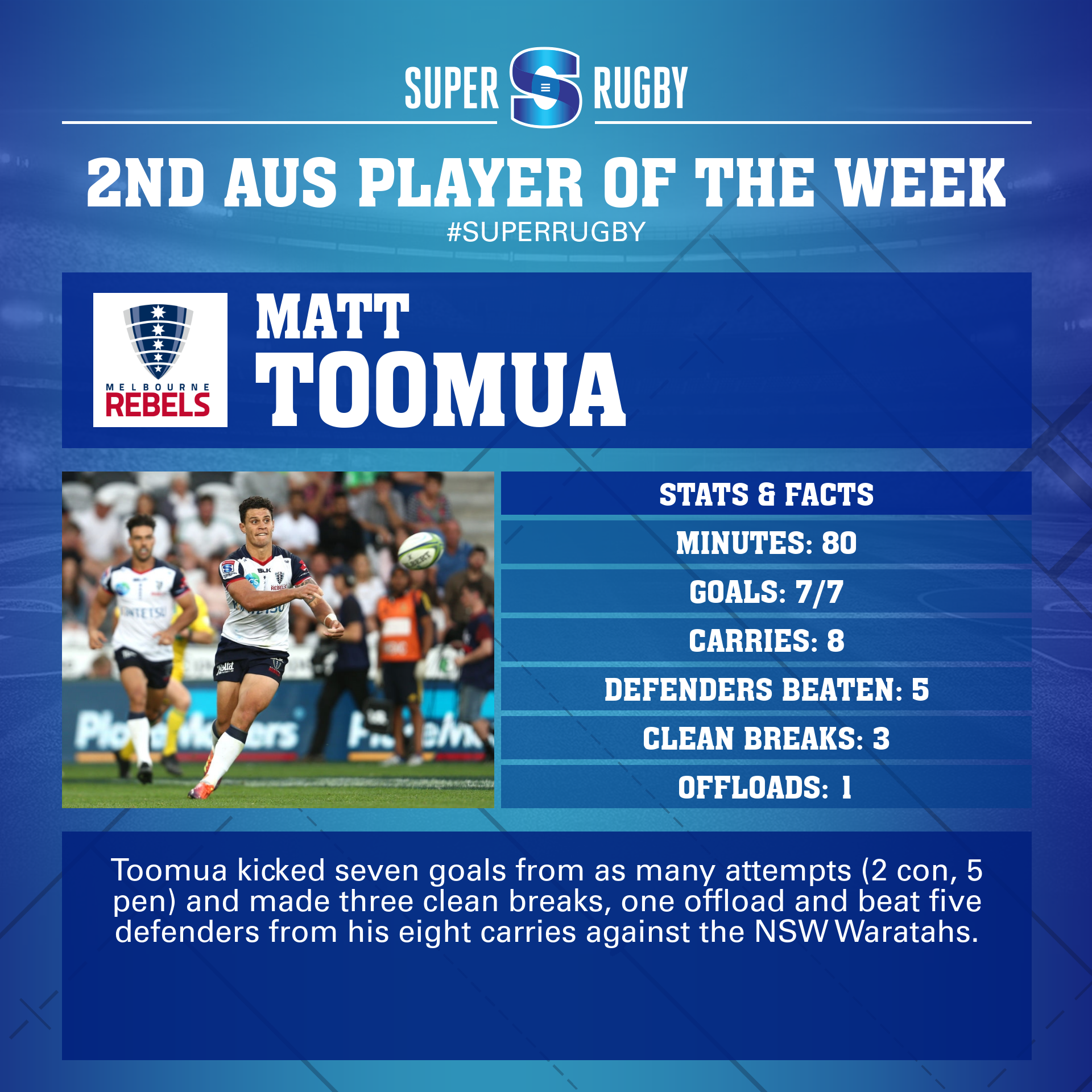 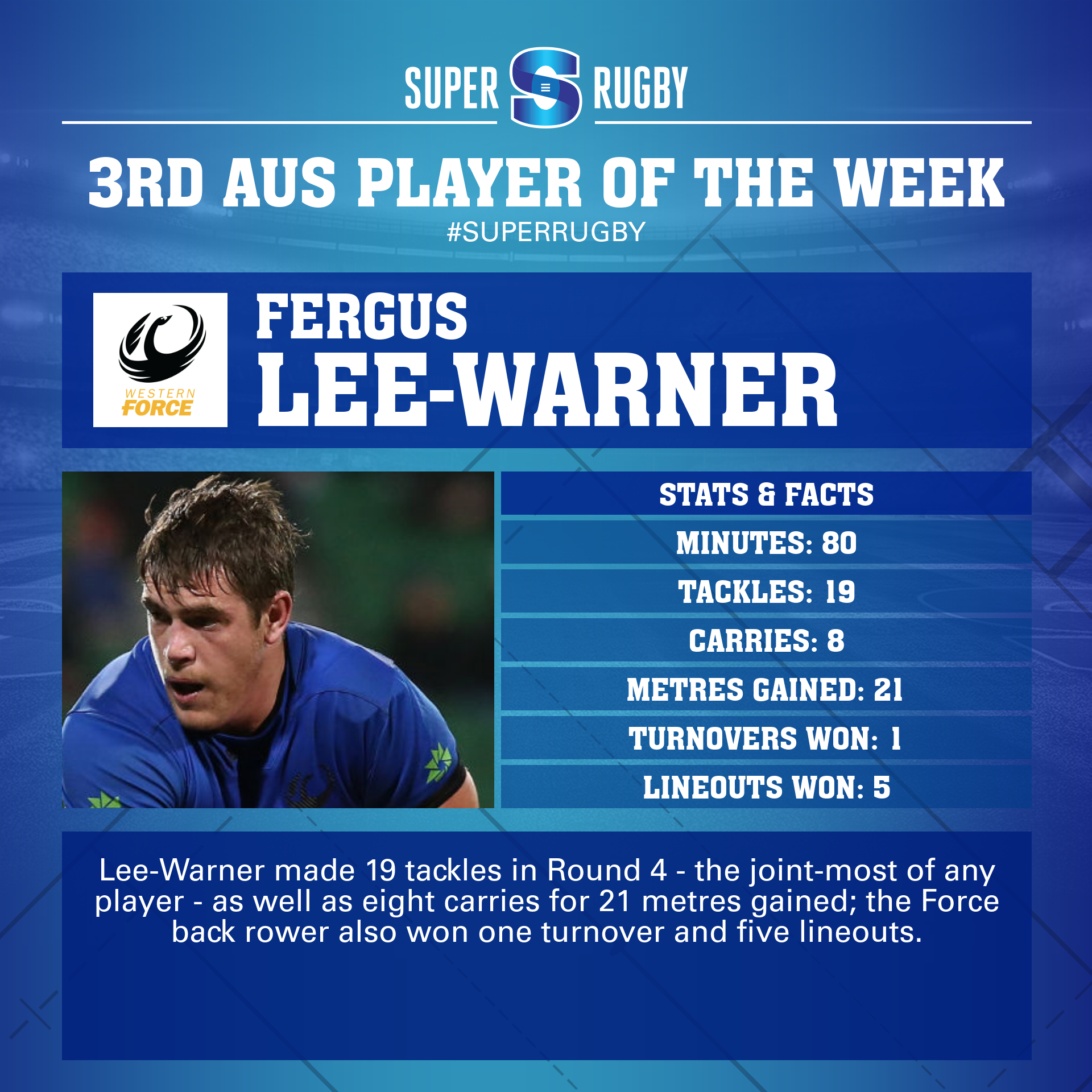