Opta ran the stats and the Player of the Week was Blues' scrum-half  Finlay Christie who was in white hot form against the Highlanders scoring a brace of tries and creating others. He is followed by Crusaders' fullback Will Jordan who makes it into the top three yet again, as does Blues' wing Caleb Clarke who like Jordan scored a try and was a real threat with ball in hand all day. 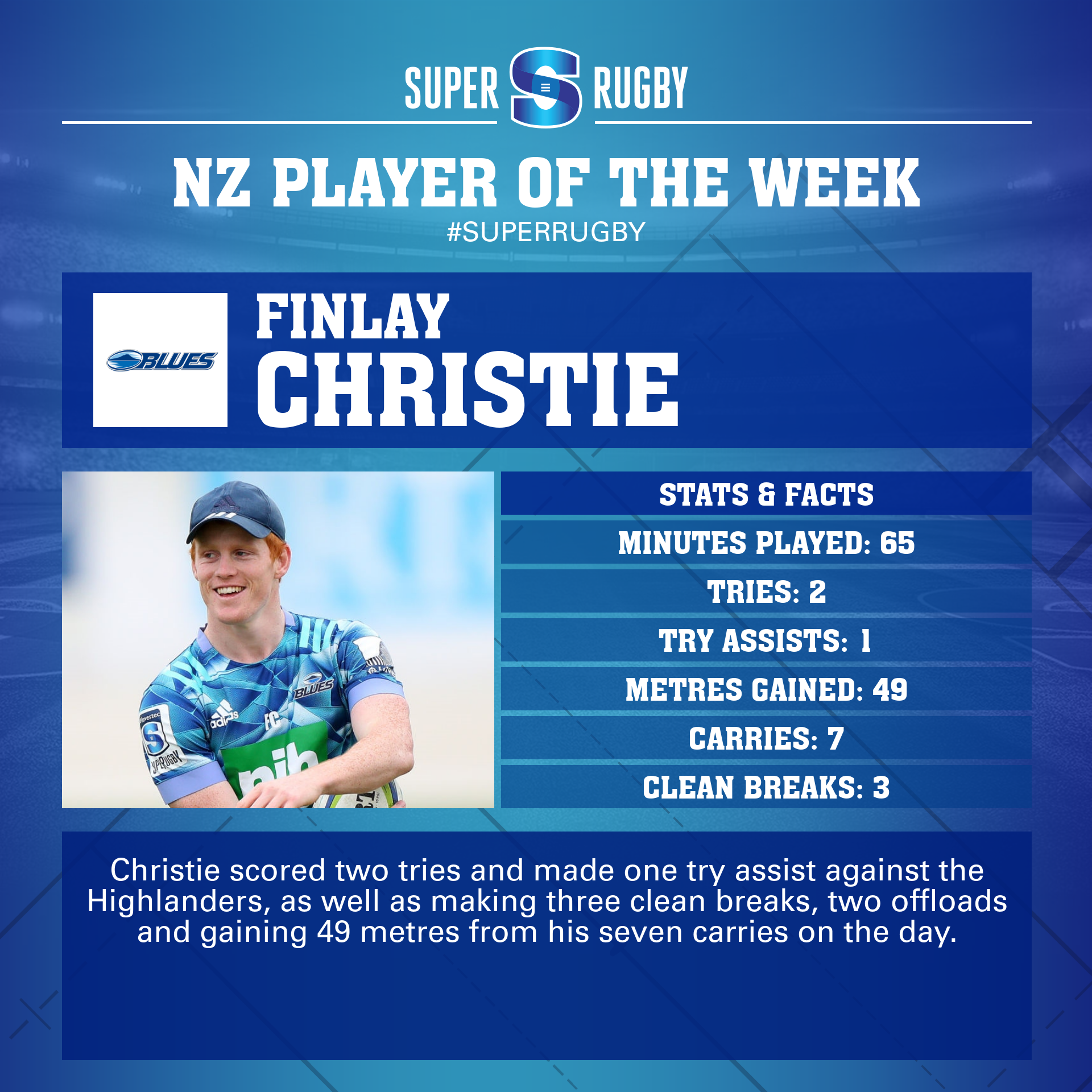 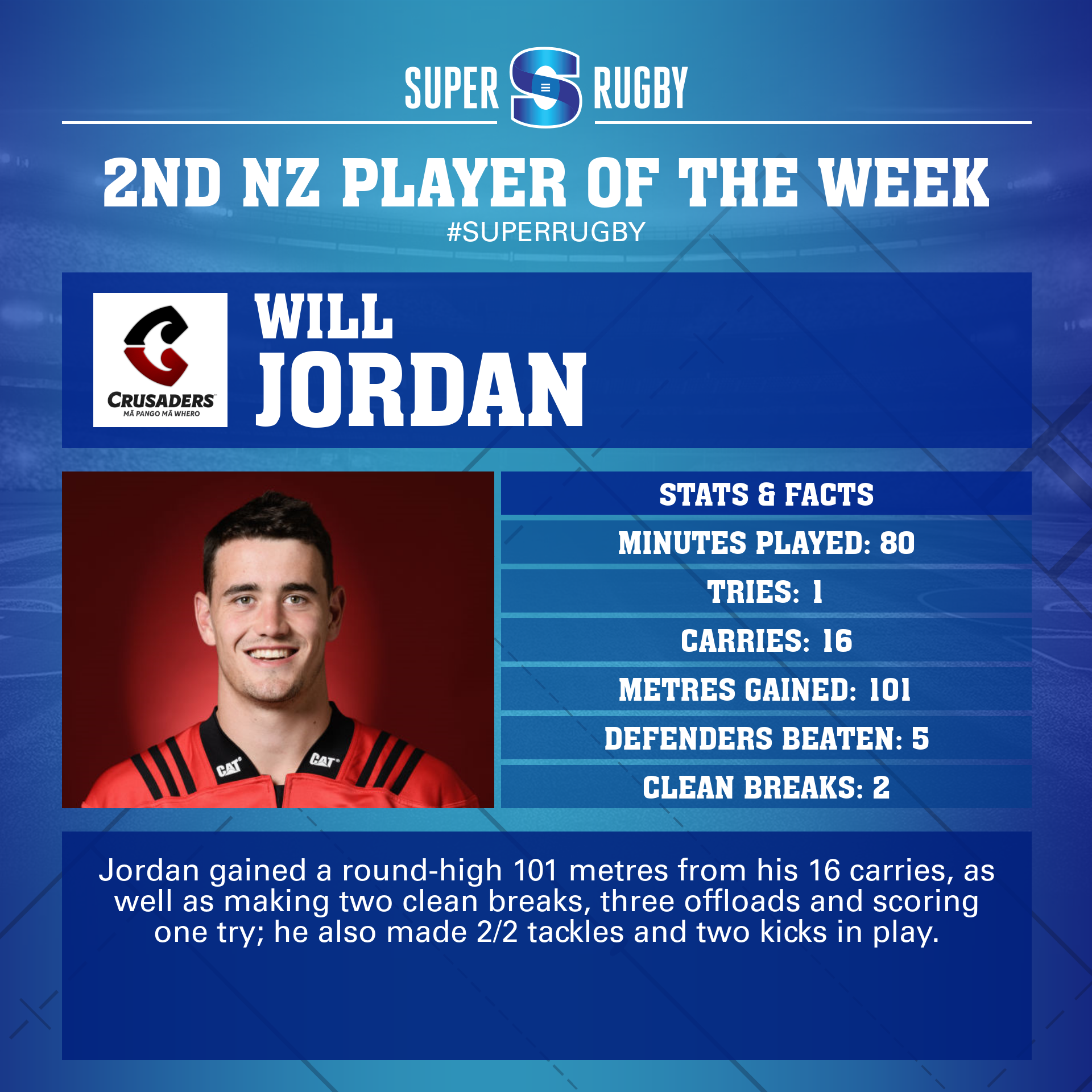 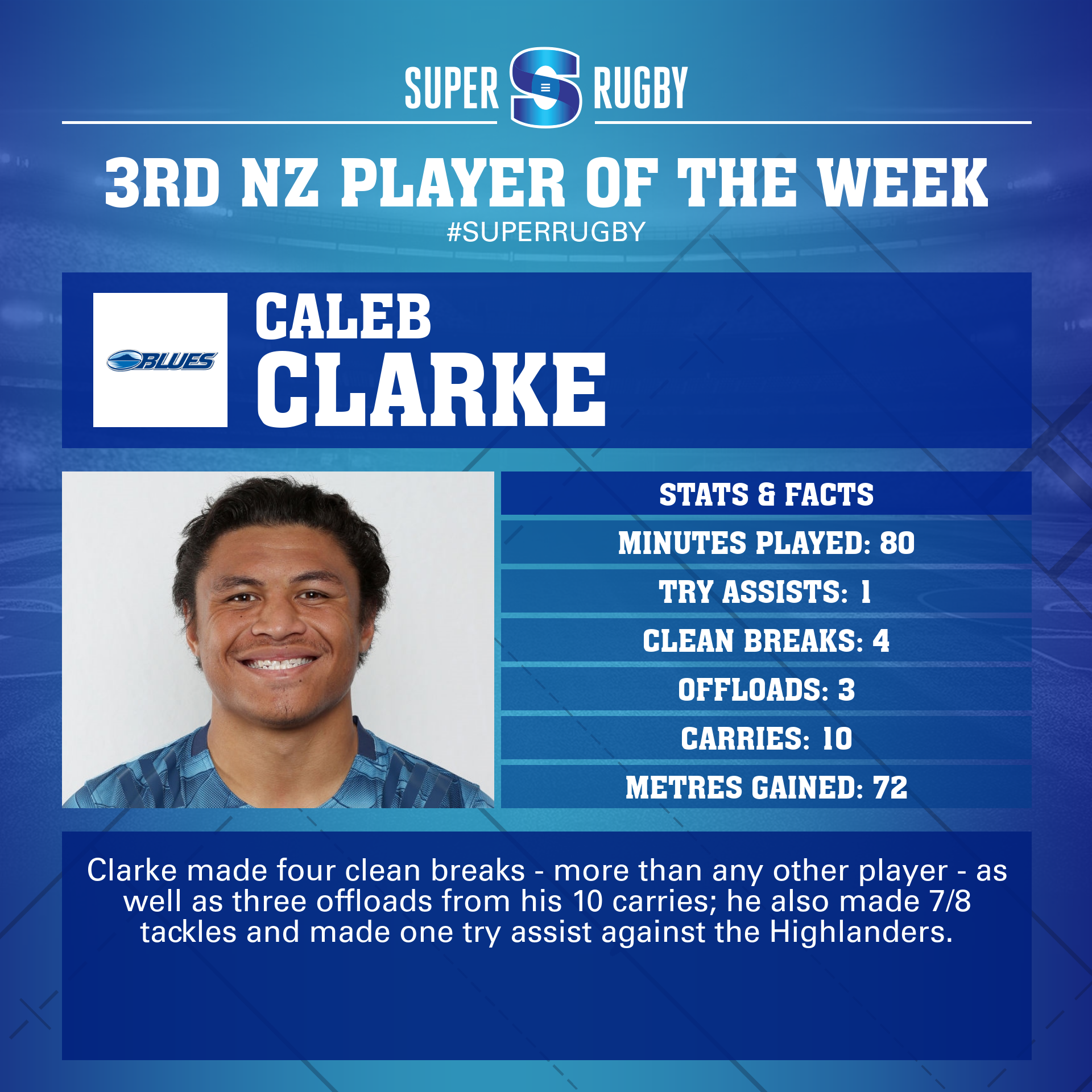 Round #5, the halfway stage before the finals, saw the Brumbies establish a seven-point lead over second placed Reds who they edged in Canberra 22-20 after replacement fly-half Mack Hansen kicked a penalty after the final whistle. They have control of the competition at present while the Rebels are in third just a point behind the Reds after a Super Point victory over the Force. It took an Isi Naisarani try in extra-time to see off the gutsy Force in Sydney.

The statistics threw up some interesting data this week but the Player of the Week is impressive Reds No.8 Harry Wilson who was POTW in RD#2 also. Close on his heels this week is Force lock Fergus Lee-Warner who betters his third place last week. The hard-working forward is starting to turn heads with his consistent performances. In third place is Brumbies centre Irae Simone who had an impressive all-round match against the Reds. 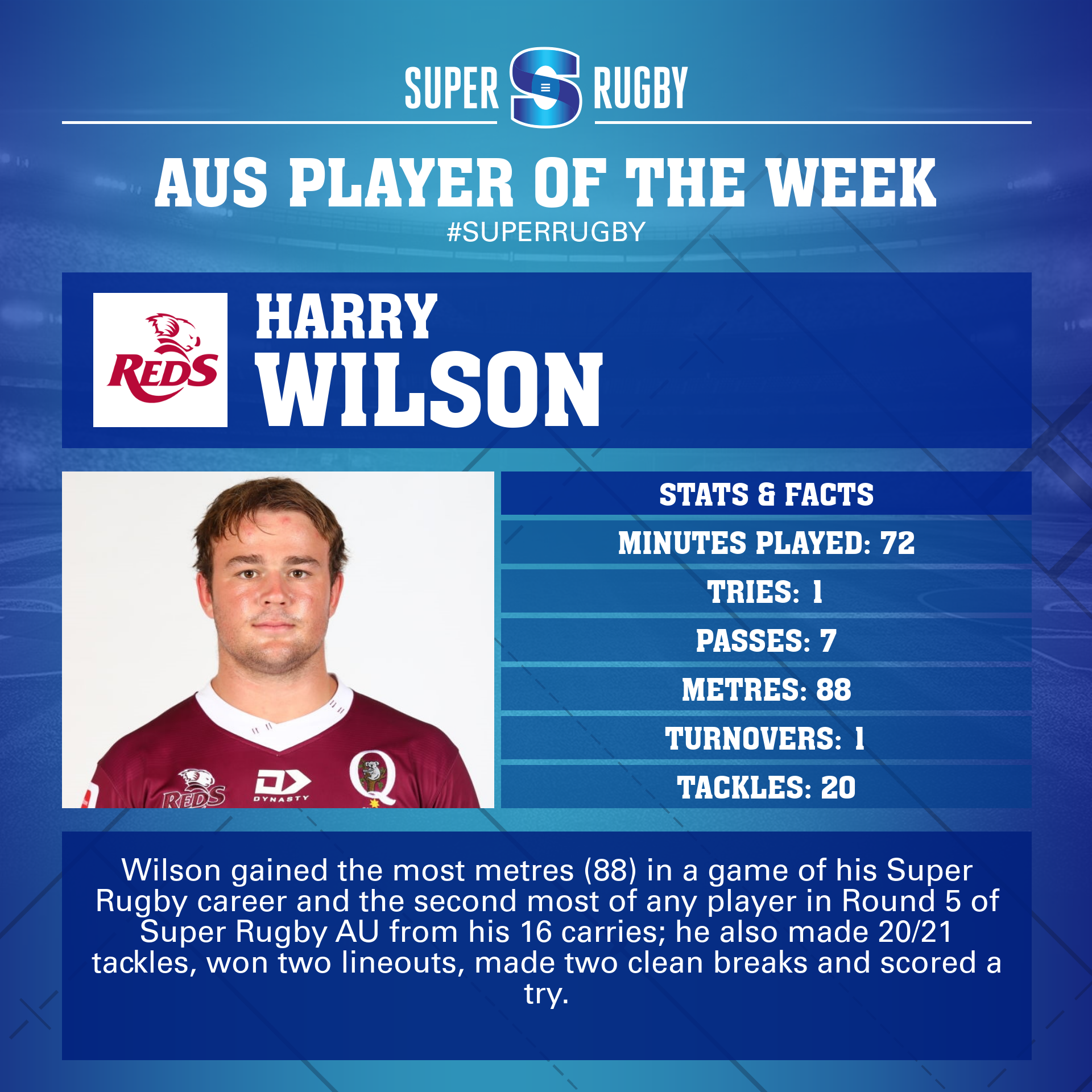 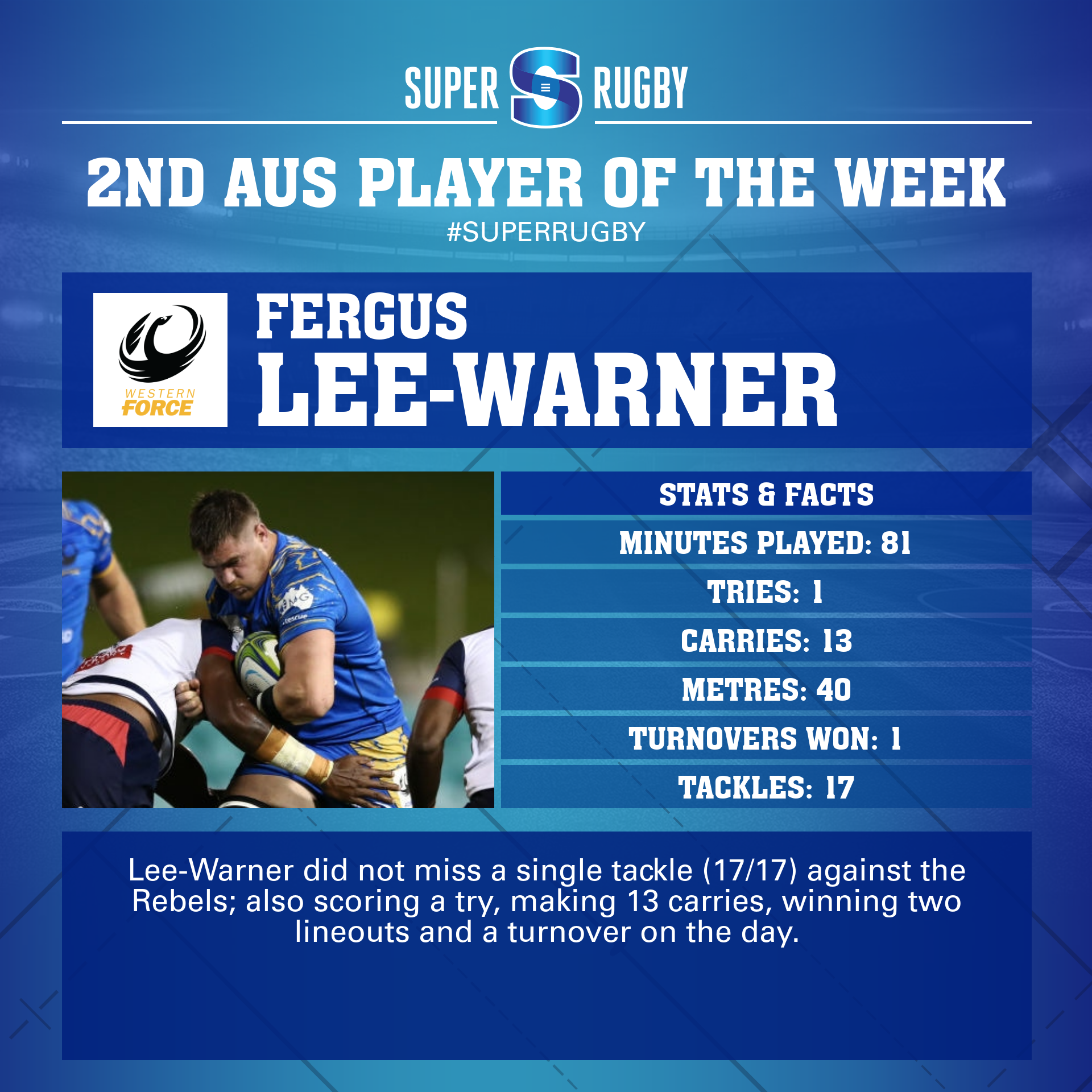 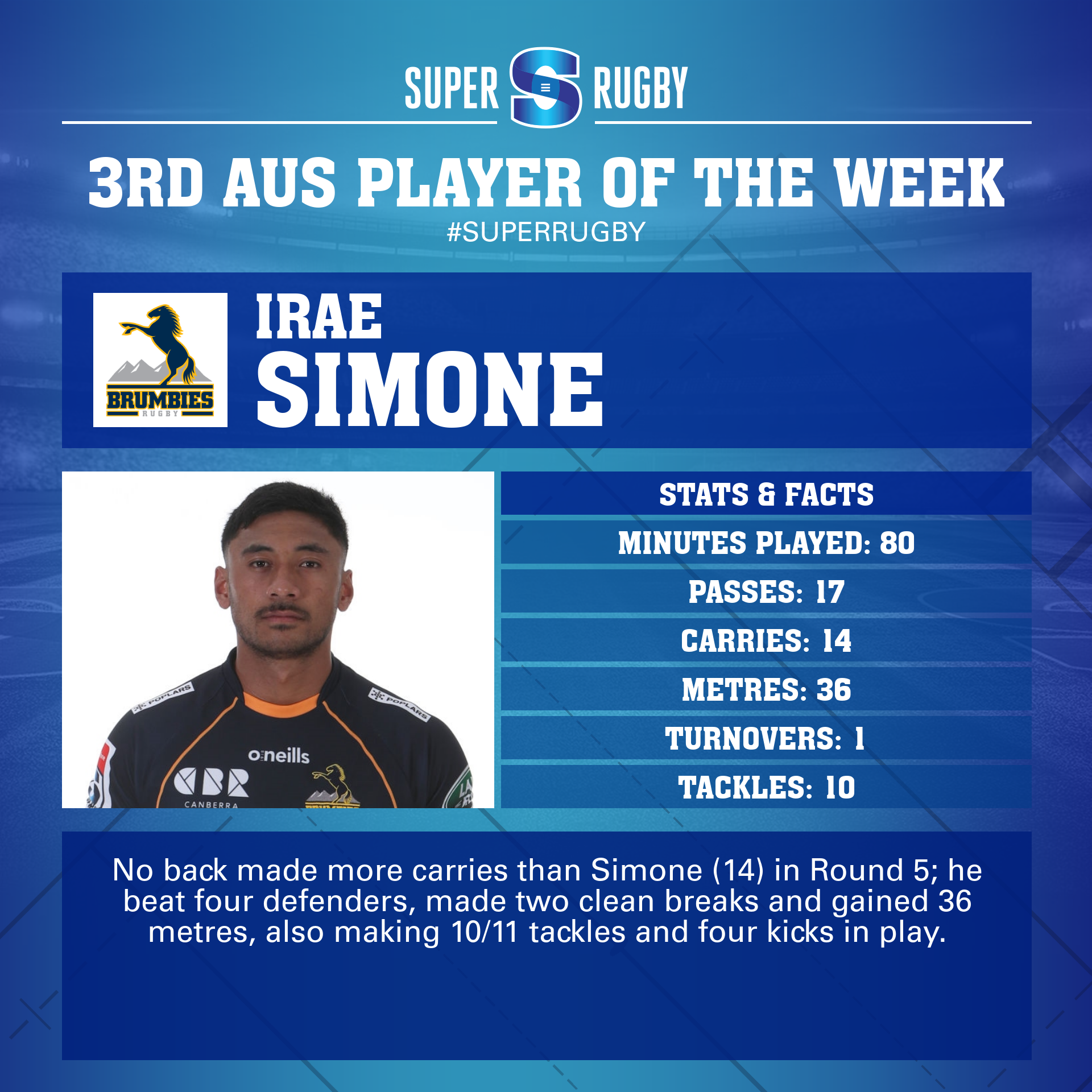