The Crusaders secured the Aotearoa trophy in New Zealand with a round to spare while in Australia the form book was turned on its head...

Round #9 saw the Highlanders push the Crusaders all the way in Christchurch but the home side proved too strong yet again in the final 20 minutes to secure their fourth trophy in four years. Scott Robertson's side scored four tries to three in a pulsating end-to-end match. Meanwhile the Hurricanes had earlier kept their slim title hopes alive by earning a bonus point win over the hapless Chiefs in Wellington.

Opta ran the stats over the action and the Player of the Week was live-wire Crusaders' captain and hooker Codie Taylor who had a massive game in front of his home town fans. Hurricanes' fullback Jordie Barrett lines up in second place after he helped the Hurricanes to that bonus point while Crusaders' in-form fly-half and tactician Richie Mo'unga takes third sport this week after directing his sides come back win against the Highlanders. 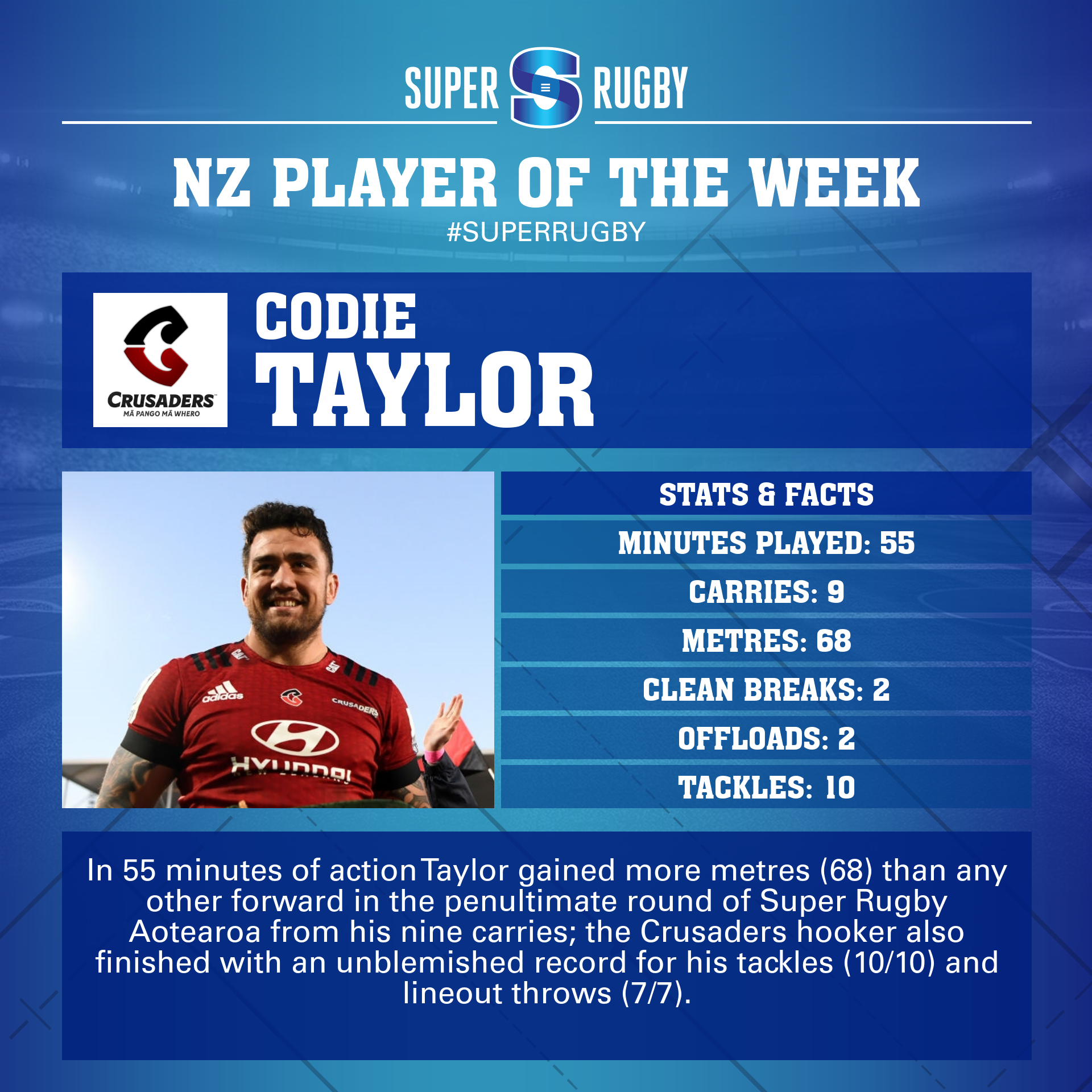 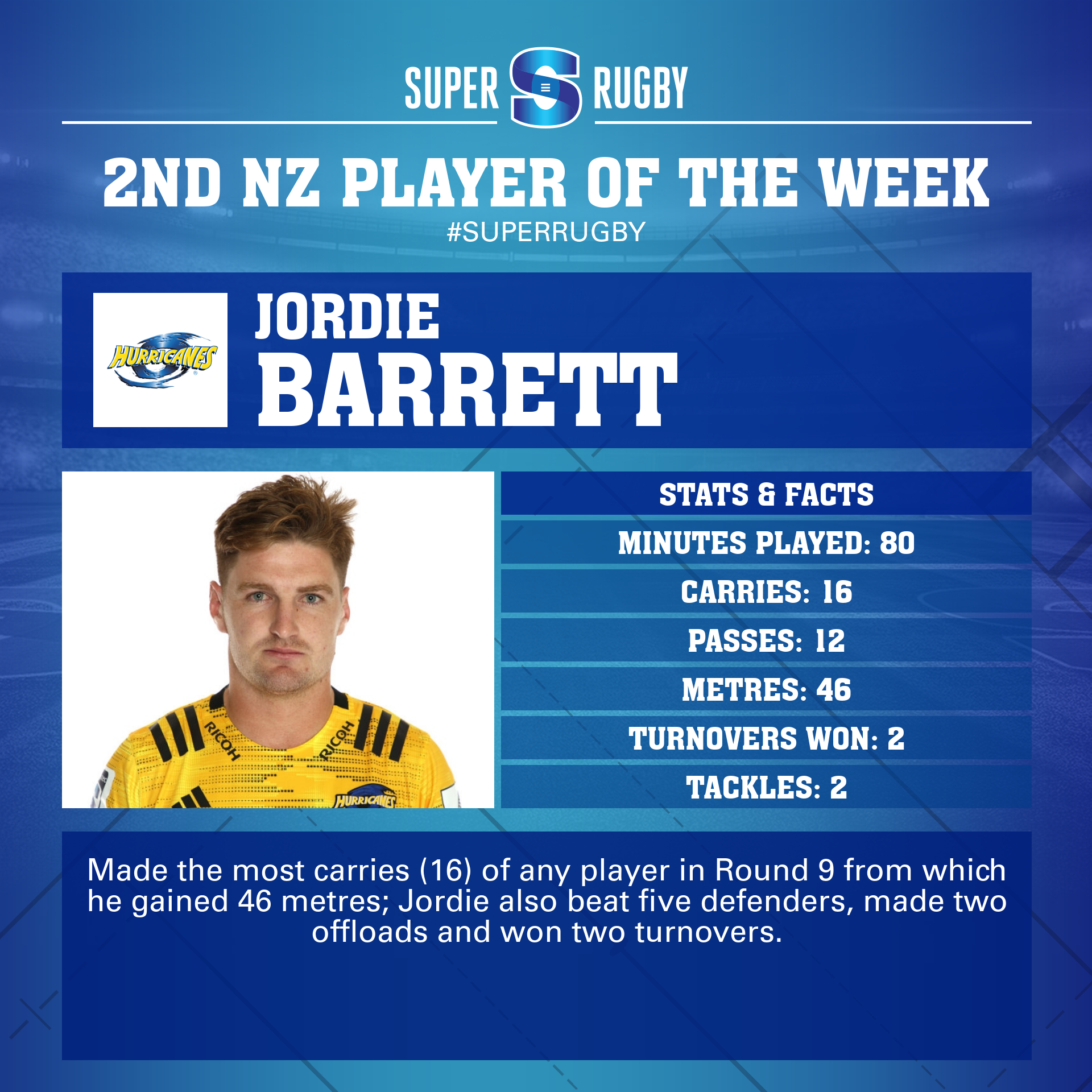 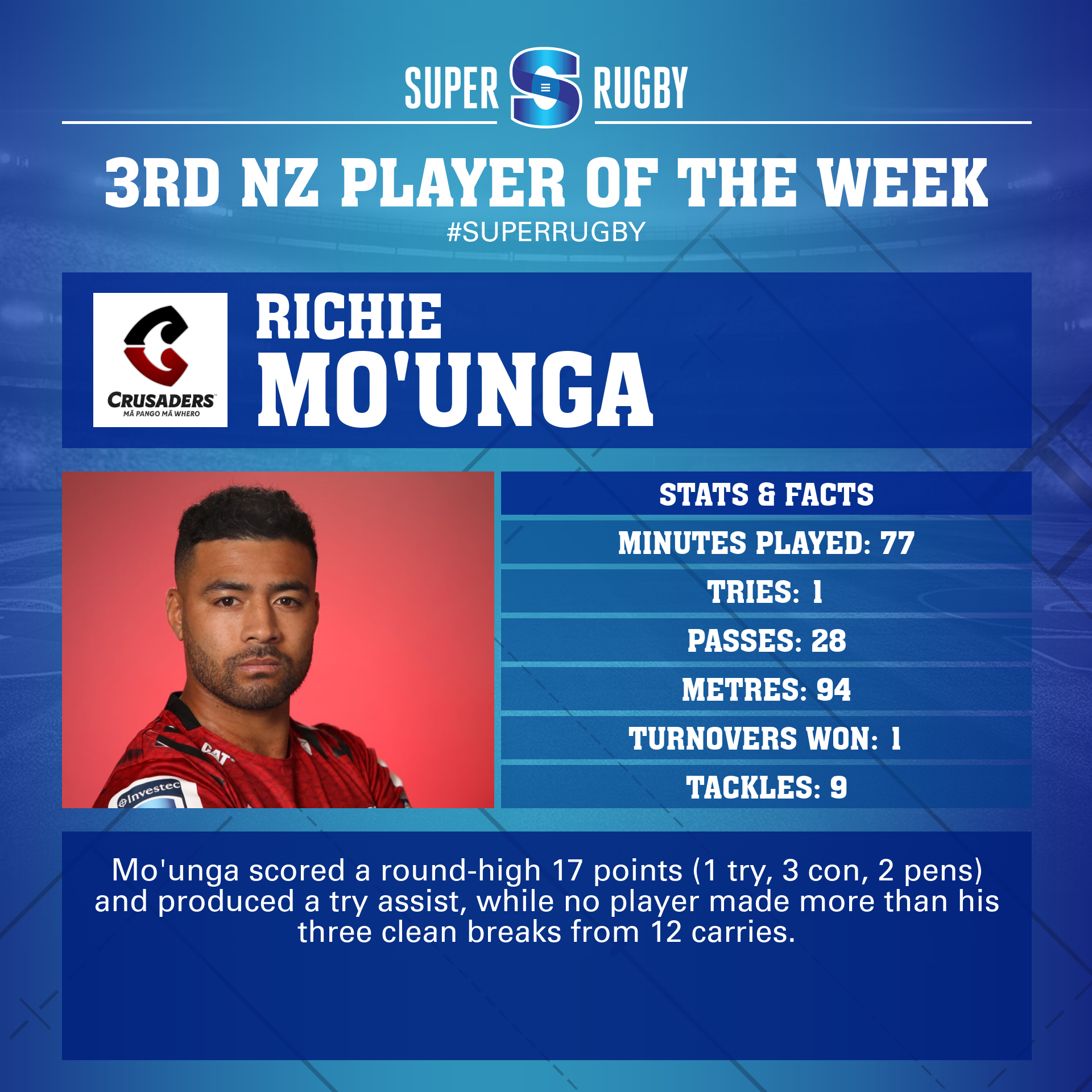 Round #6 saw the form book turned upside down in Australia as first the Rebels comprehensively beat the table-topping Brumbies in Sydney, before the next day the Waratahs smashed the Reds at the Sydney Cricket Ground. The results bring both teams closer to the battle and the competition for the three finals places is now closer than ever. The Brumbies still stay top with a four point advantage with only the Western Force looking out of the qualification equation as only three points separate second, third and fourth spots.

The Opta statistics are not a surprise when it comes to the Player of the Week - Waratahs' scrum-half Jake Gordon scored three tries against the Reds in an all-around great performance. Team-mate Jack Dempsey is second this week, who put in a dynamic backrow performance that was much needed by the 'Tahs. In third spot is Rebels fly-half Andrew Deegan who kicked masterfully against the Brumbies to allow the Rebels to control territory and the tempo of the match. 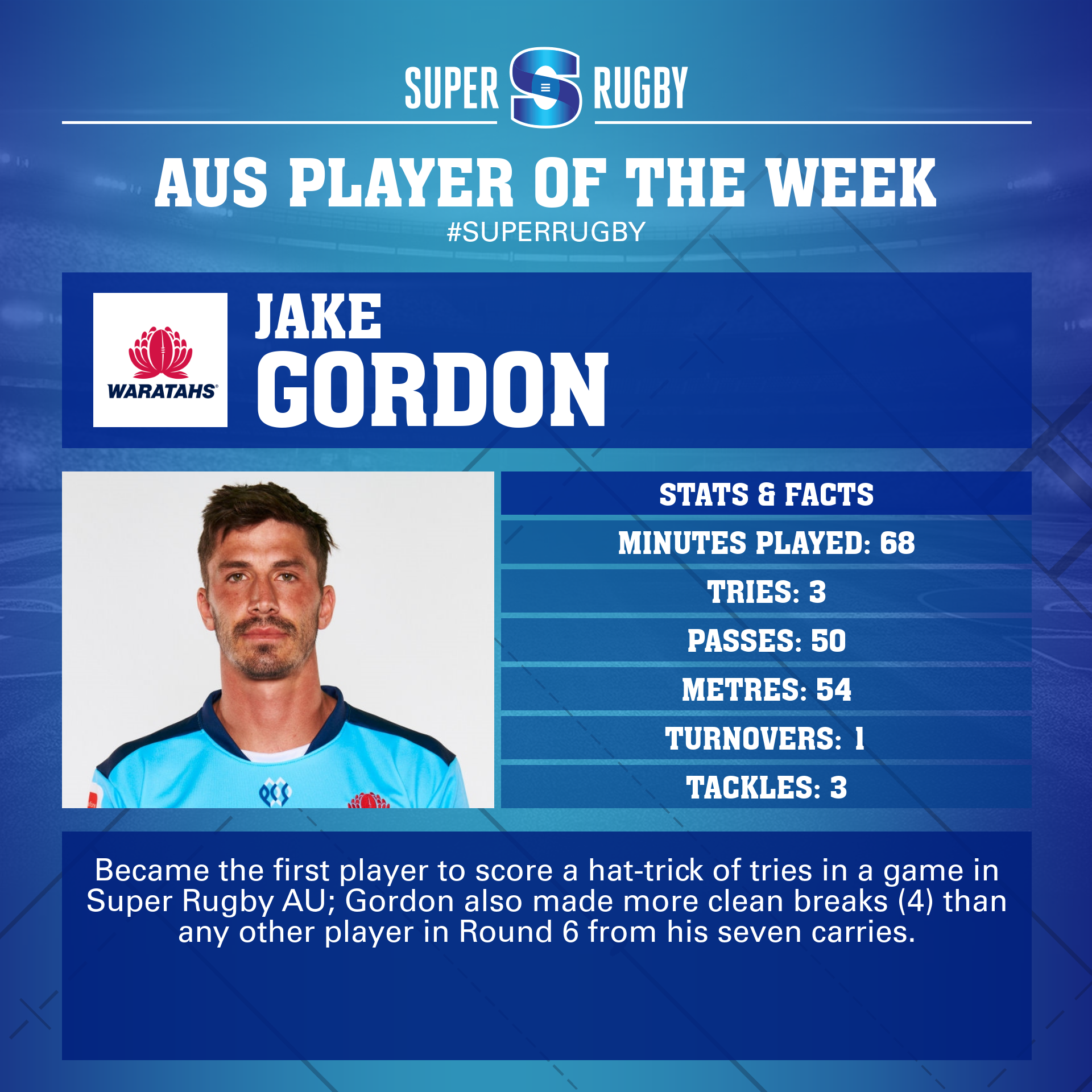 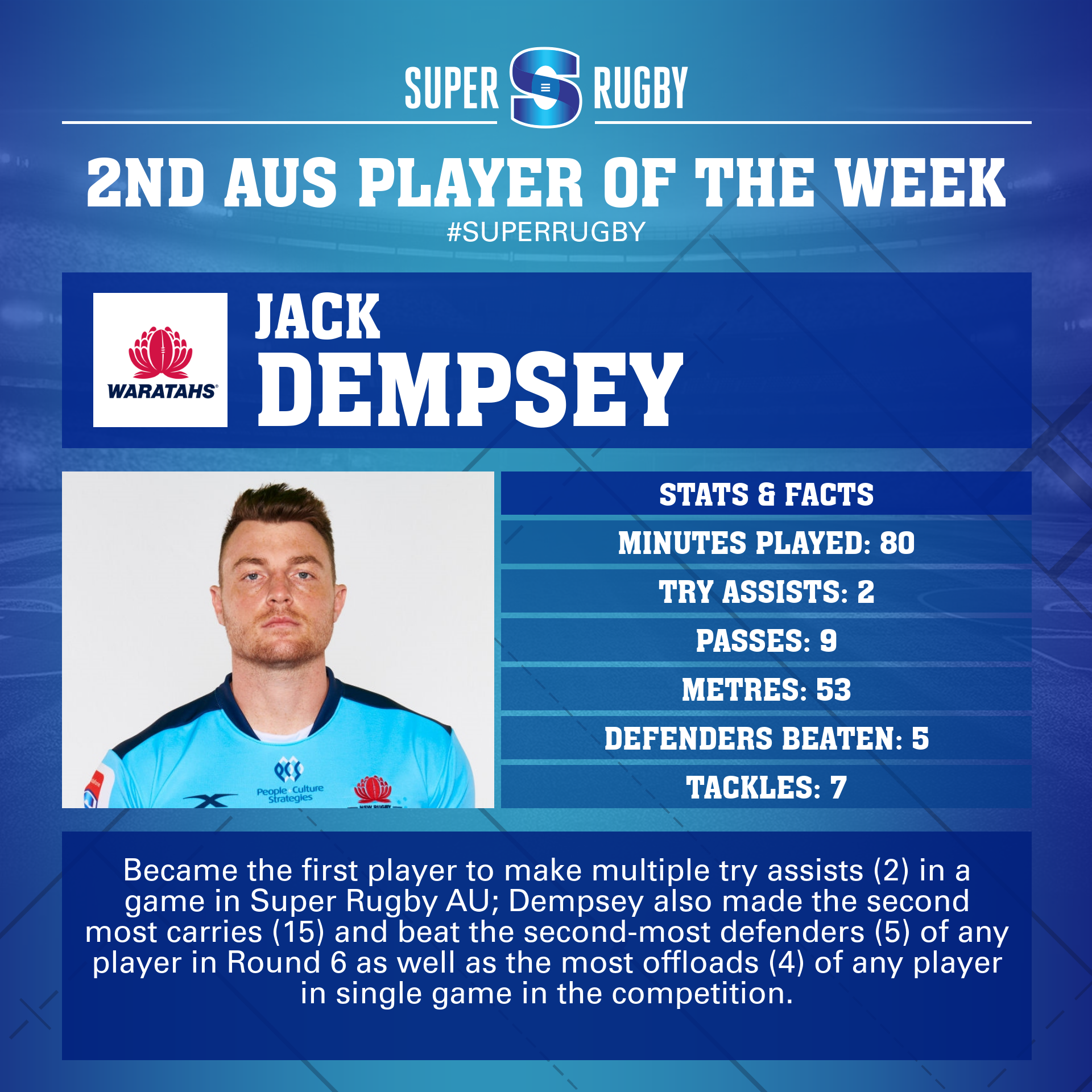 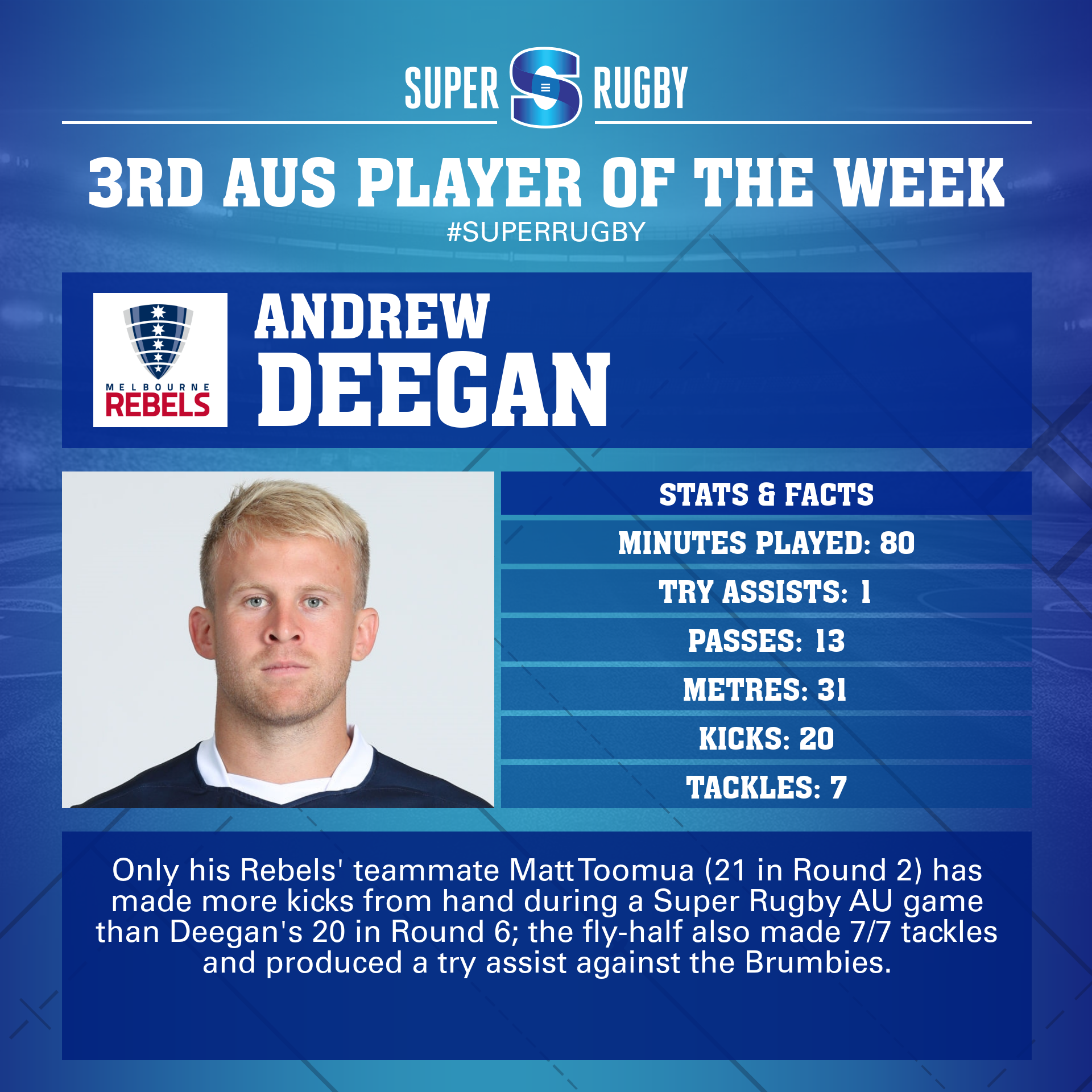