We saw four action-packed quarter-finals that saw the top four seeded teams progress to the semi-finals and they are well represented in the TOTW with Brumbies leading the way...

The Brumbies contribute four players to the team including front rowers Folau Faing'a and Alan Alala'alatoa who were terrific at the set piece and in defence, No.8 Pete Samu and wing Henry Speight [pictured]. Samu was in fine form as he made more clean breaks (3) than any other forward as well as crossing for two tries from just five carries. Wallaby coach Michael Cheika will be pleased with this no doubt as the Rugby Championship looms but it is a shame a hamstring injury has ruled him out of the semi-final against the Jaguares. Speight [pictured] playing potentially his last match in Canberra, as he his heading to the Reds in 2020, scored a try as a farewell to his Brumbies fans. 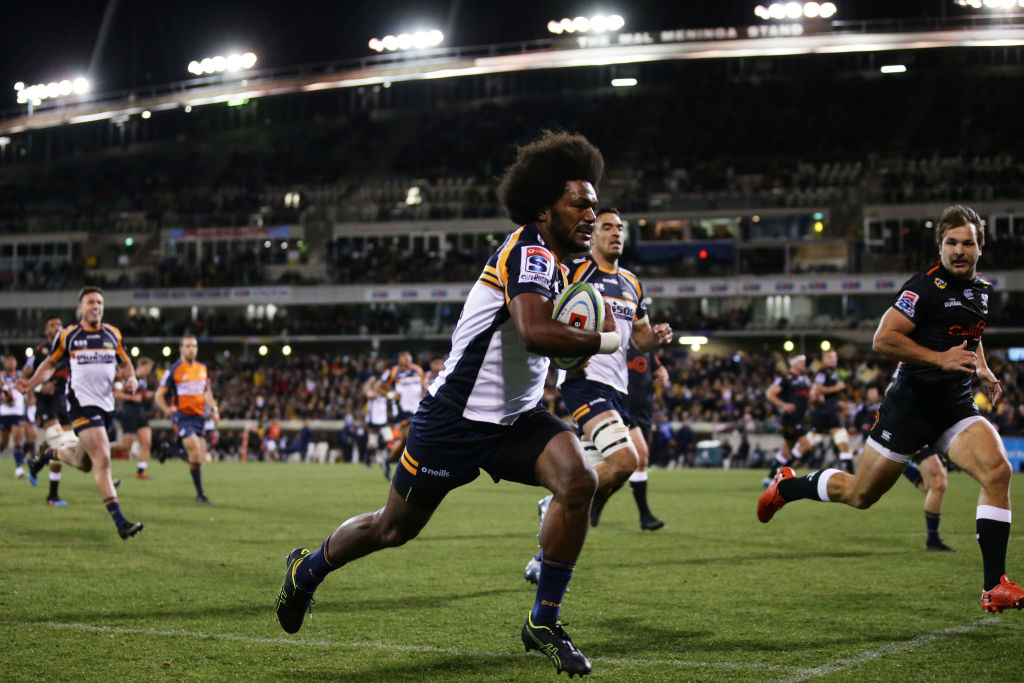 Two of the tournaments most consistent second-row performers are back in the team and make a formidable partnership: Jaguares' Guido Petti Pagadizaval won a round-high eight lineouts (including two steals), made 10/11 tackles, and won two turnovers; while Bulls' RG Snyman made a round-high five offloads - two more than any other player - and won a total of seven lineouts.

The Crusaders defence of their Super Rugby title is still on track and they will be encouraged by the form of fly-half Richie Mo'unga who continues to get better and better and is Player of the Week. In the victory over the Highlanders  he scored two tries and kicked six goals from as many attempts for a round-high points haul of 23 points, as well as providing a try assist, making three clean breaks, and seven kicks in play.

Hurricanes star performers included winger Ben Lam and their experienced scrum-half TJ Perenara. Players who stood out in lost causes include Chiefs and All Blacks flanker Sam Cane who made a round-high 20 tackles without missing a single attempt, as well as winning two turnovers, and making two offloads; and Sharks centre Andre Esterhuizen who made three clean breaks, two offloads, and scored a try from his 16 carries, as well as making 6/6 tackles. 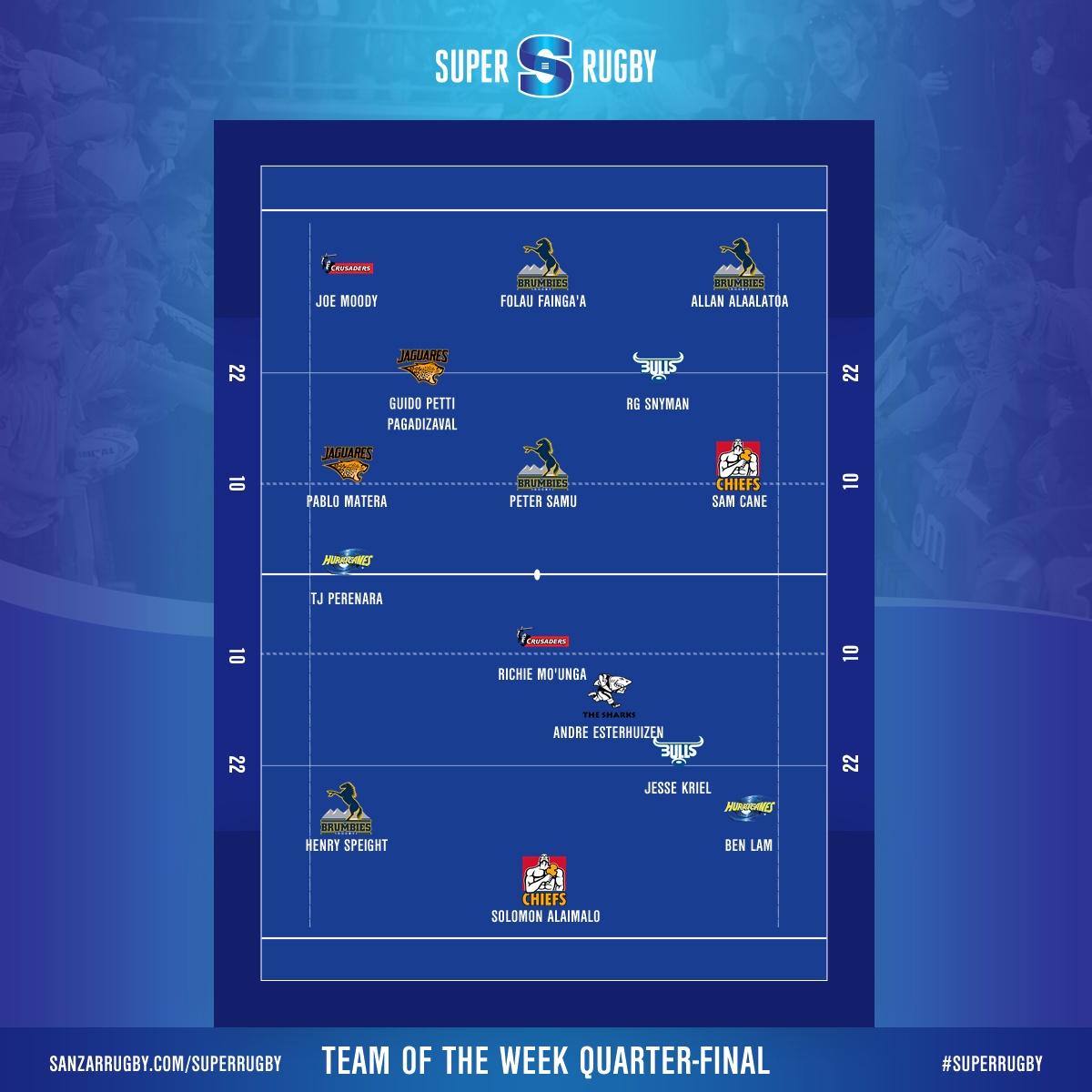 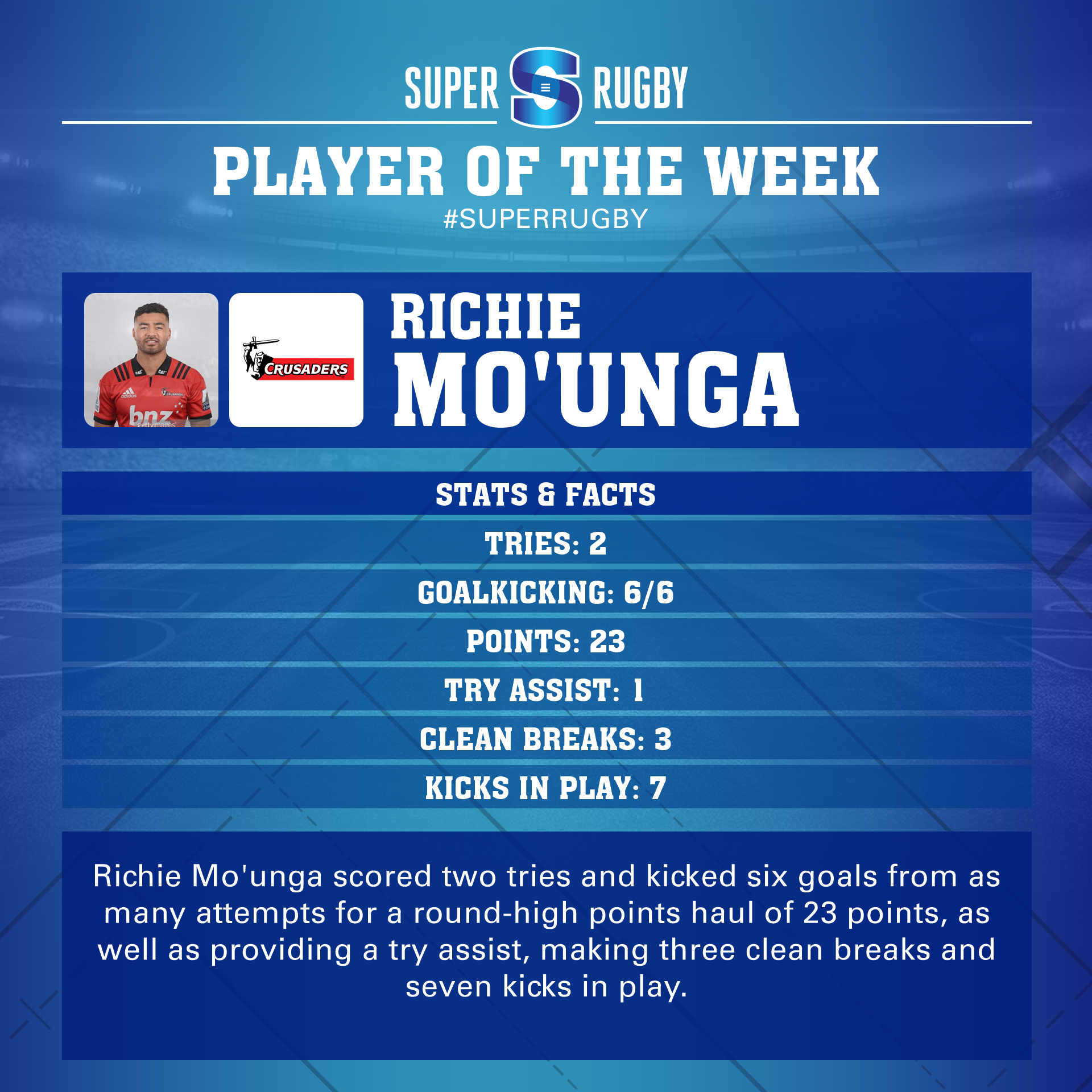