The Super Rugby Team of the Week has players from six of the eight teams reflecting the closeness of the quarter-finals last weekend that eventually saw the home teams advance to the semi-finals. Waratah fly-half Bernard Foley is Player of the Week.

The 'Tahs fly-half scored two tries in his teams' come from behind win over the Highlanders. He also scored 25 points in the 30-23 victory and is currently the tournaments' top points scorer with a tally of 217. 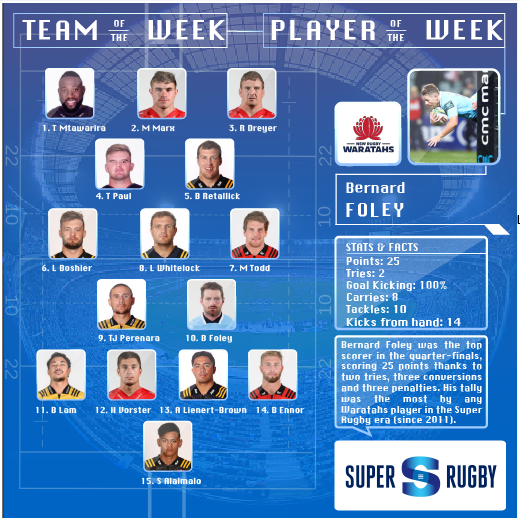