Super Rugby Round #1 Team of The Week

The Super Rugby Team of the Week has representatives from nine of the teams from a round that produced 41 tries and six away wins.

Standout players were Blues No.8 Akira Ioane and Chiefs centre Anton Lienert-Brown while there were several players who crossed the white line more than once. Chiefs winger Etene Nanai-Seturo, Bulls winger Rosko Speckman and Sharks hooker Armand van der Merwe all scored two tries while Lions flanker Marnus Schoeman scored a hat-trick of tries against the Jaguares. He became the first South African forward to score a hat-trick of tries since Adriaan Strauss in March 2018, as well as making 11/12 tackles and winning two turnovers. 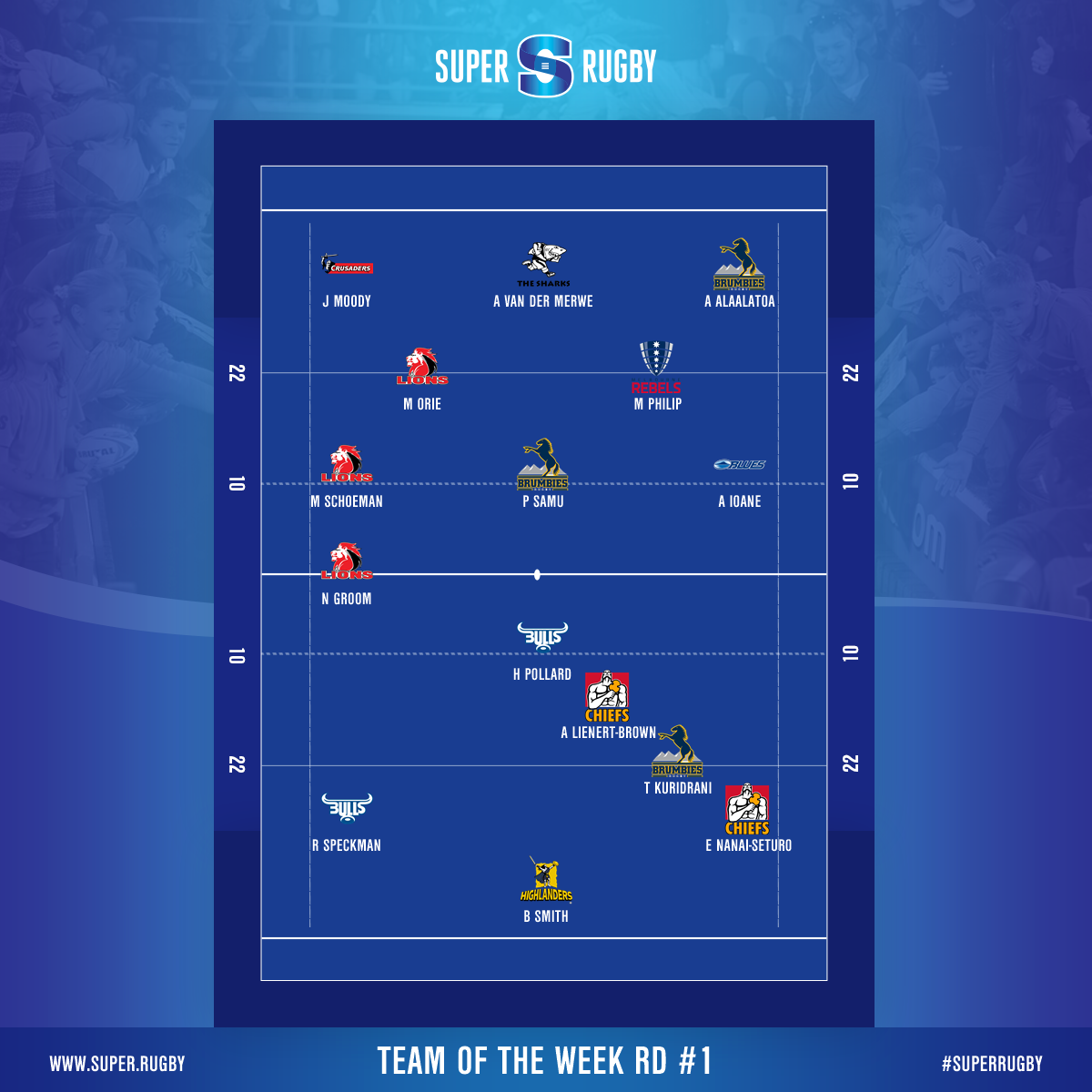