Super Rugby Round #1 Team of the Week

The TOTW has players from eight teams following an action-packed first round that delivered just one away win... with the Jaguares leading the way after a strong home win over the Lions.

Many pundits had the Blues down to start the season strongly but new coach Warren Gatland marshalled his troops well and they overran the home side despite strong performances from wing Rieko Ioane who scored two tries and No.8 Hoskins Sotutu who made three offloads, made 7/7 tackles, beat five defenders, and won five lineouts.

The Crusaders jumped out of the blocks thumping the Waratahs at home with wing Will Jordan scoring two tries while team-mate David Havilii made a joint round-high four clean breaks, beat a round-high 11 defenders, and slotted six goals from eight attempts.

Stormers scrum-half Herschel Jantjies was at his all round best as the Cape Town side kept the Hurricanes scoreless in Africa. 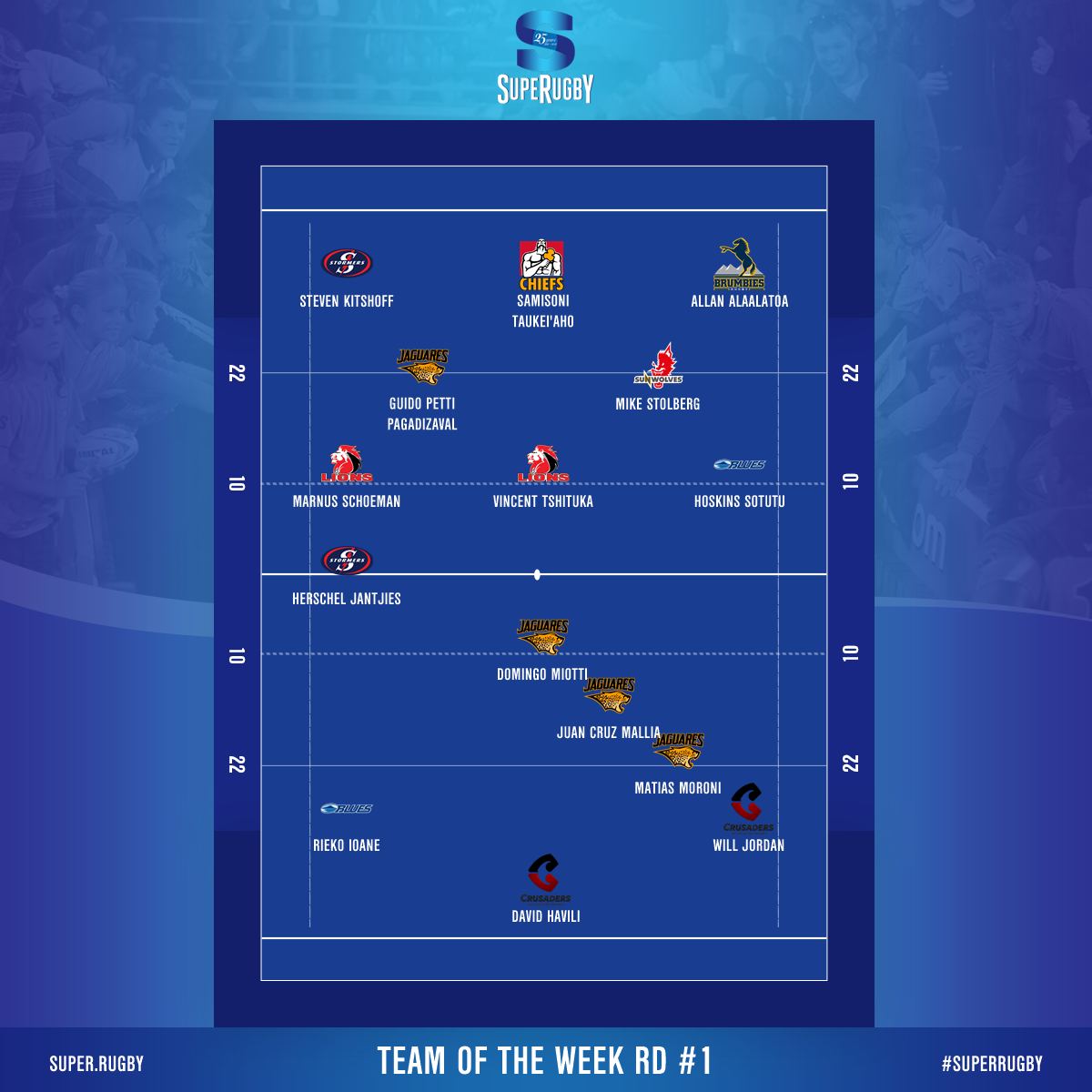 In South America the Jaguares indicated they will be hard to beat this year by thumping the Lions 38-8. It is no surprise that they contribute the most number of players to the Team of the Week. Matias Moroni scored his first ever brace of tries in Super Rugby, while his fellow centre Juan Cruz Mallia made 11 tackles - the most of any outside back to not miss a single attempt - as well as three clean breaks, and one try assist. Up front lock Guido Petti made seven tackles without missing a single attempt, won seven lineouts, gained 20m from seven carries, and beat two defenders.

However, Jaguares fly-half Domingo Miotti was the star of the show in front of a partisan home crowd. He scored a round-high 18 points - just the second Jaguares player to score as many in a game (Nicolas Sanchez). He scored a try and six goals, as well as providing one try assist, and 16 kicks in play. He is the Super Rugby Player of the Week. 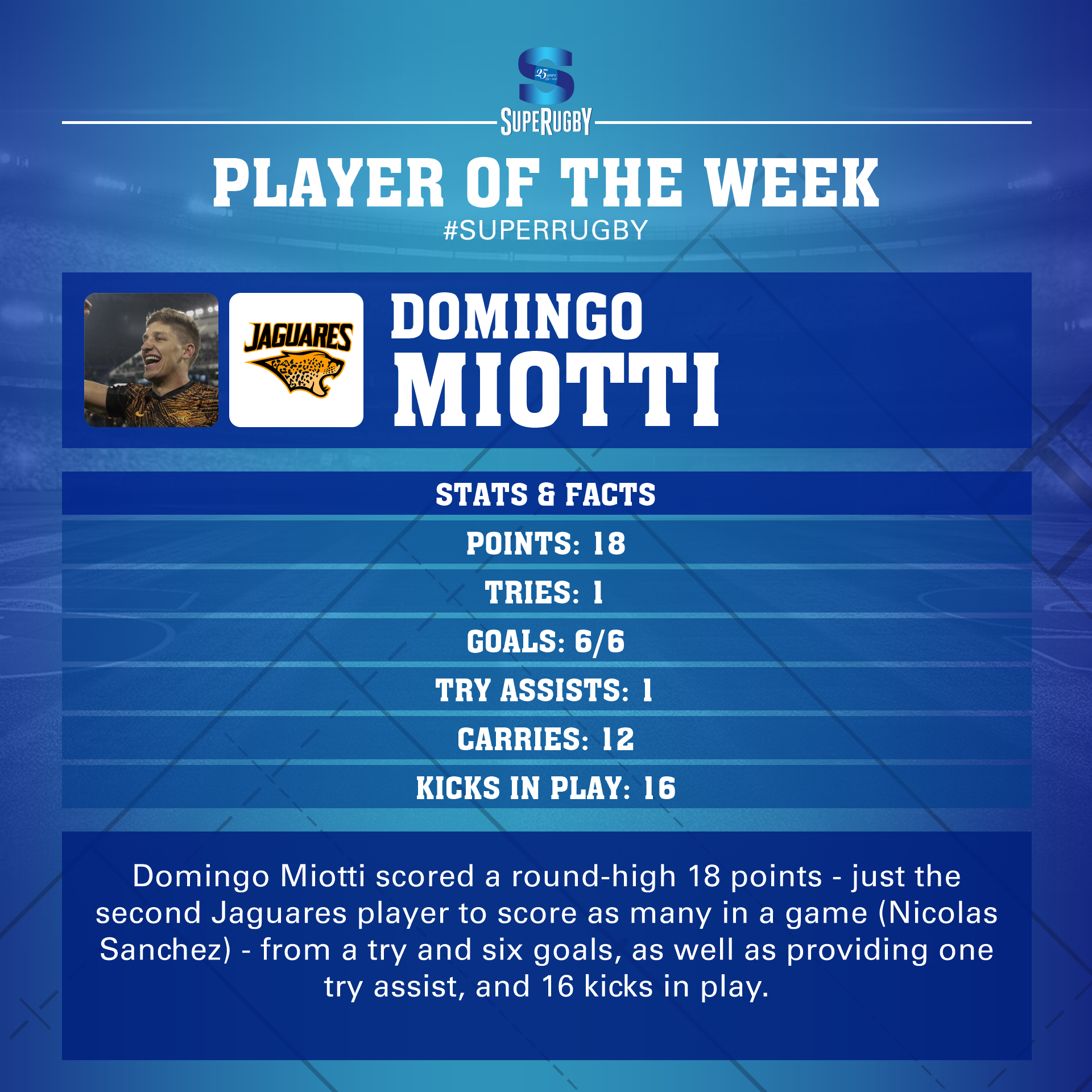