Super Rugby Round #10 Team of the Week

The Super Rugby TOTW has representatives from 10 of the teams following an easter weekend of upsets and very close action. The Lions lead the way with four players after stunning the Chiefs in Hamilton.

The Easter weekend produced some scintillating action and some very close matches as all teams continued to press for Finals places. Five of the six matches saw winning margins of just seven points or less creating losing bonus points that may be valuable as the season unfolds.

In the Australian Conference the top four teams are only separated by six points, with the fifth placed Sunwolves slightly adrift in a season of so near yet so far for them, as they have lost four matches by single point margins this season. In South Africa just four points separates the first placed Bulls and the fifth placed Stormers. In New Zealand the Crusaders and Hurricanes are in strong positions while the Blues, Highlanders and Chiefs are still in the hunt for the Finals but need to win consistently on the run home.

Once again Sunwolves flyer Semisi Masirewa is in the TOTW having gained the most metres of any player in Round 10 (148), making a joint high four clean breaks as well as being the only player to cross the try line more than once. He is joined by Waratah fly-half Bernard Foley, the top point scorer in Round 10 (18), slotting all five of his kicks at goal and crossing for a try, as well as gaining 77 metres from just eight carries and making nine tackles. Hurricanes scrum-half was instrumental in getting his team across the line against the entertaining Sunwolves, making the most carries, metres and clean breaks of any scrum half as well as crossing for a try in Tokyo.

The Lions front row of Sithembiso Sithole, Malcolm Marx and Carlu Sadie was super strong in Hamilton creating a great platform for an away victory while team-mate and flanker Cyle Brink was one of just five players to hit double figures for both carries (13) and tackles (12) in Round 10, as well as winning three lineouts.

Player of the Week is Brumbies lock Rory Arnold who made 24 tackles, four more than any other player in Round 10, as well as winning eight lineouts and being the only forward to both score and assist a try at the weekend. 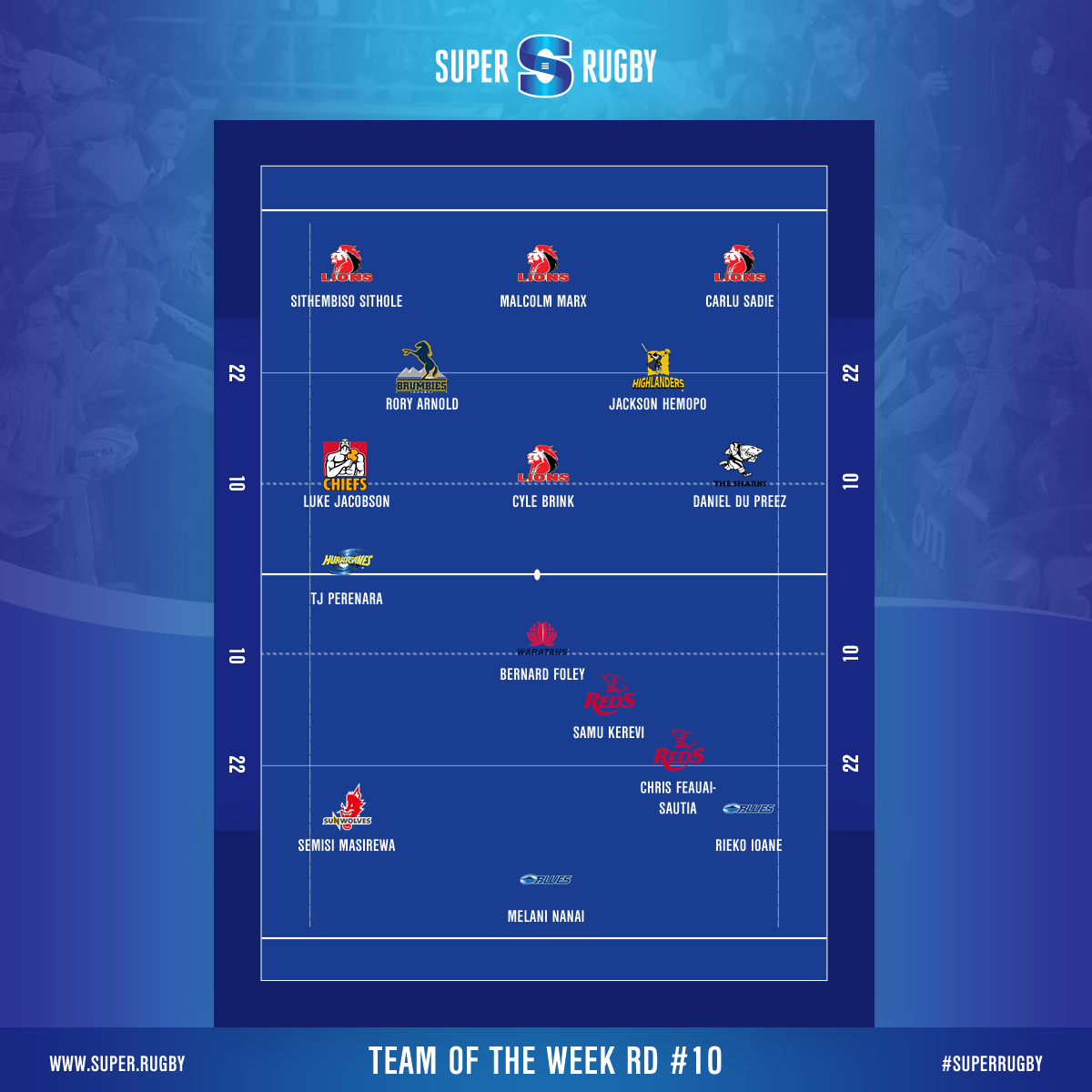 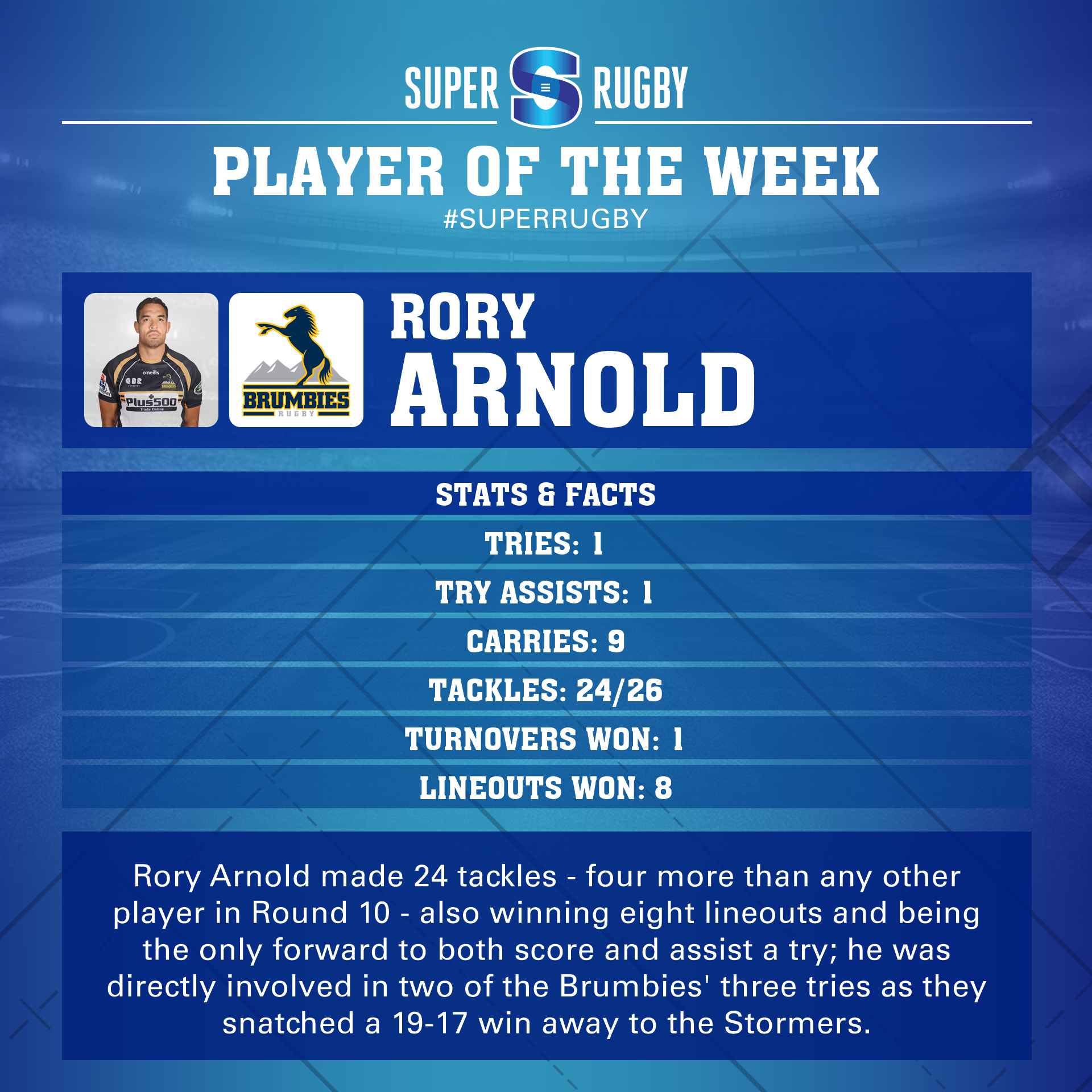