Super Rugby Round #11 Team of the Week

The Super Rugby TOTW has representatives from 10 of the teams following another intriguing round of matches with the forward pack made of eight players from eight of the teams.

The results have led to the South African conference being really close with only four points separating first to fifth place. The Crusaders and Hurricanes now dominate in New Zealand, while Australia still looks wide open...with just the Sunwolves starting to fade out of Finals contention.

It is some forward pack and includes the form flanker of the tournament Ardie Savea who made 17 tackles, beat five defenders, made two clean breaks and scored a try from his six carries. He is joined in an impressive backrow by the imposing Jaguares skipper Pablo Matera who made four more carries than any other forward and won two turnovers, and Daniel du Preez - one of three Sharks' players to make 10+ tackles and 10+ carries, he also crossed for a try and made two clean breaks.

Brumbies hooker Folau Fa' ainga continues his push for international honours this year making a round-high 13 successful throws, 11/11 tackle attempts and he crossed for a try from his 10 carries. Another pushing his Test chances is Crusaders winger Sevu Reece who made four clean breaks, beat 10 defenders and crossing for a brace of tries.

Young fly-half Josh Ioane makes the TOTW for the first time after steering the Highlanders to victory over the Chiefs while the team has a formidable centre pairing in All Black Anton Lienert-Brown from the Chiefs and up-and-coming talent Brendon Ennor from the Crusaders.

Hurricanes utility back Jordie Barrett also impressed at fullback and is Player of the Week. He gained a round-high 196 metres - the most of any player in a game this season - beat 10 defenders, provided two try assists, and scored two tries of his own as his Hurricanes ran out to a 47-19 win over the Chiefs. 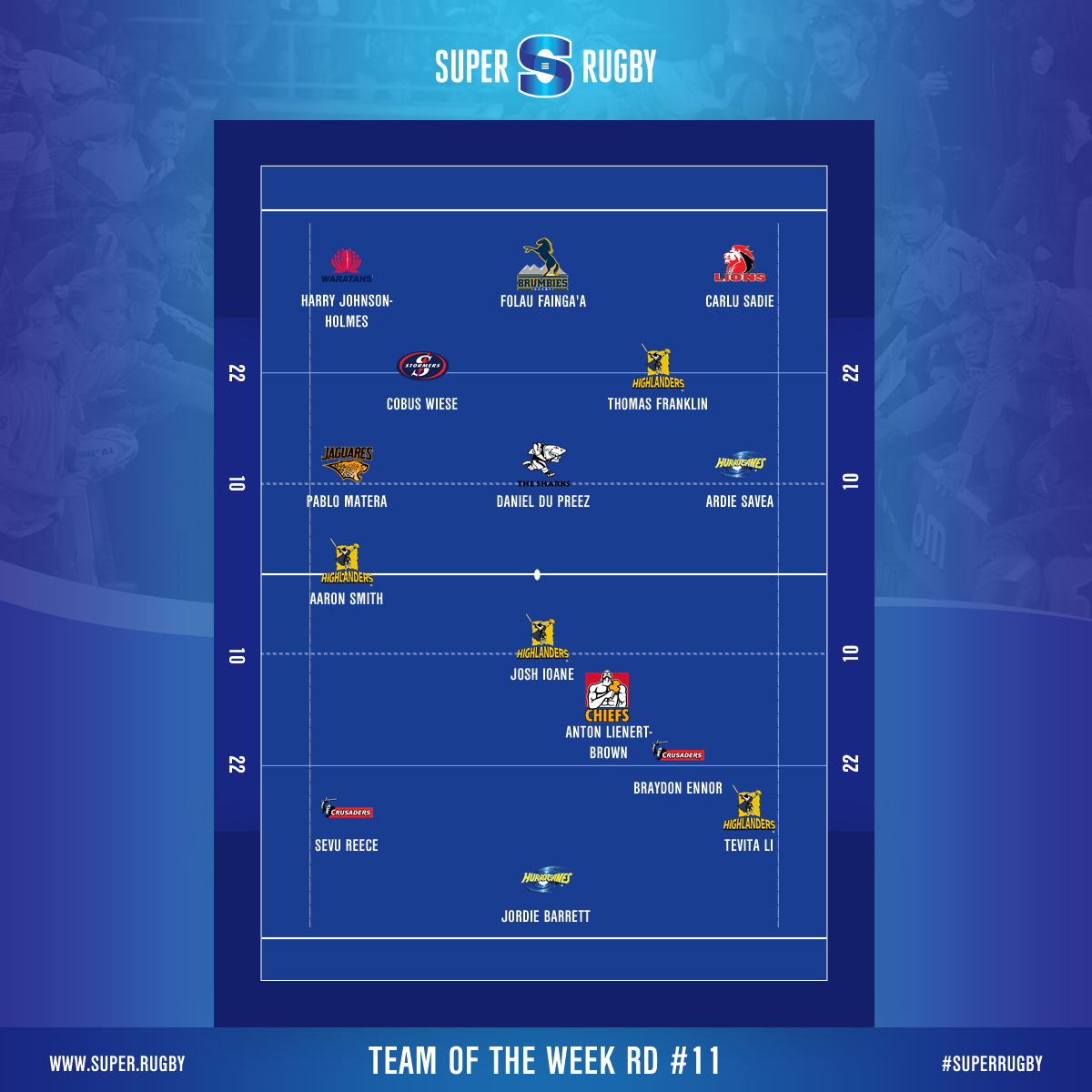 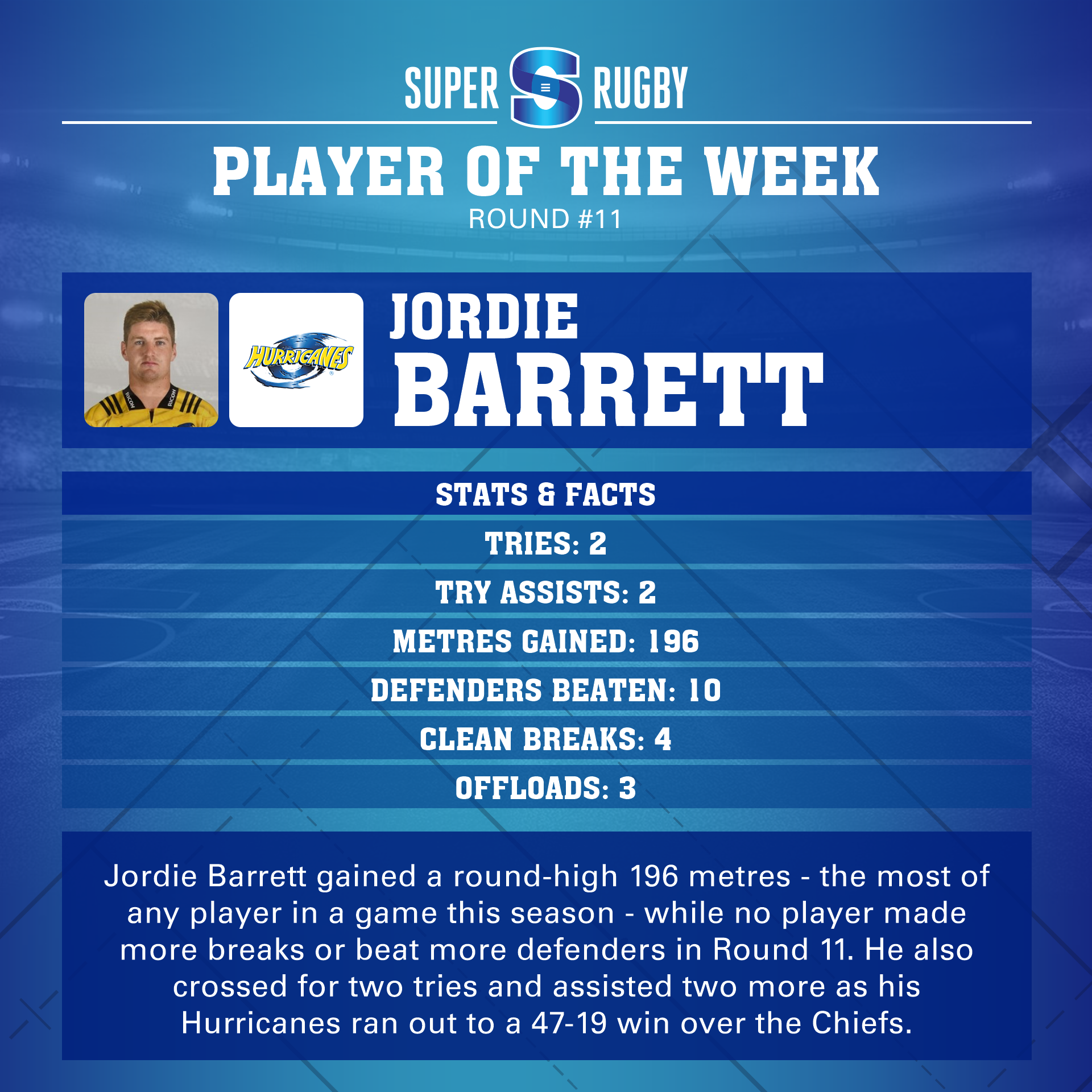