Super Rugby Round #12 Team of the Week

The Super Rugby TOTW has representatives from 8 of the teams following another action packed round that saw two draws and five home wins as away teams struggled on the road.

The results have added to the already competitiveness of this year's tournament: the Australian Conference now has joint leaders (Rebels and Brumbies) with just three points separating first and fourth (Waratahs); in South Africa six points separate first [Bulls] and fifth [Lions]; in New Zealand the Crusaders and Hurricanes look a safe bet for Finals but Highlanders, Blues and Chiefs all still in Finals reckoning.

Brumbies hooker Folau Fa' ainga appears for second week running and continues to impress - he became just the second hooker to score a hat-trick of tries in Super Rugby in the last nine seasons alongside Adriaan Strauss (Rd 7, 2018) and is now the top try scorer with 10 tries.

The Highlanders have four players in this week including: lock Jackson Hemopo who beat the joint-most defenders of any forward (5), as well as making three offloads, winning two turnovers, and making three clean breaks; and young fly-half Josh Ioane who is another to make it two weeks in a row as he continues to mature at the top level - he made three clean breaks, beat five defenders, and finished with a personal tally of 16 points for the game, kicking 5/5 goals and scoring a try.

Player of the Wek is Chiefs flanker Luke Jacobson was instrumental in his teams fight back against the Highlanders in Dunedin with a mighty all-round performance - he made the joint-most clean breaks (3) of any forward, as well as making two offloads and gaining 58m from his 10 carries, completing 15/16 tackle attempts, winning two turnovers, and crossing for a try. 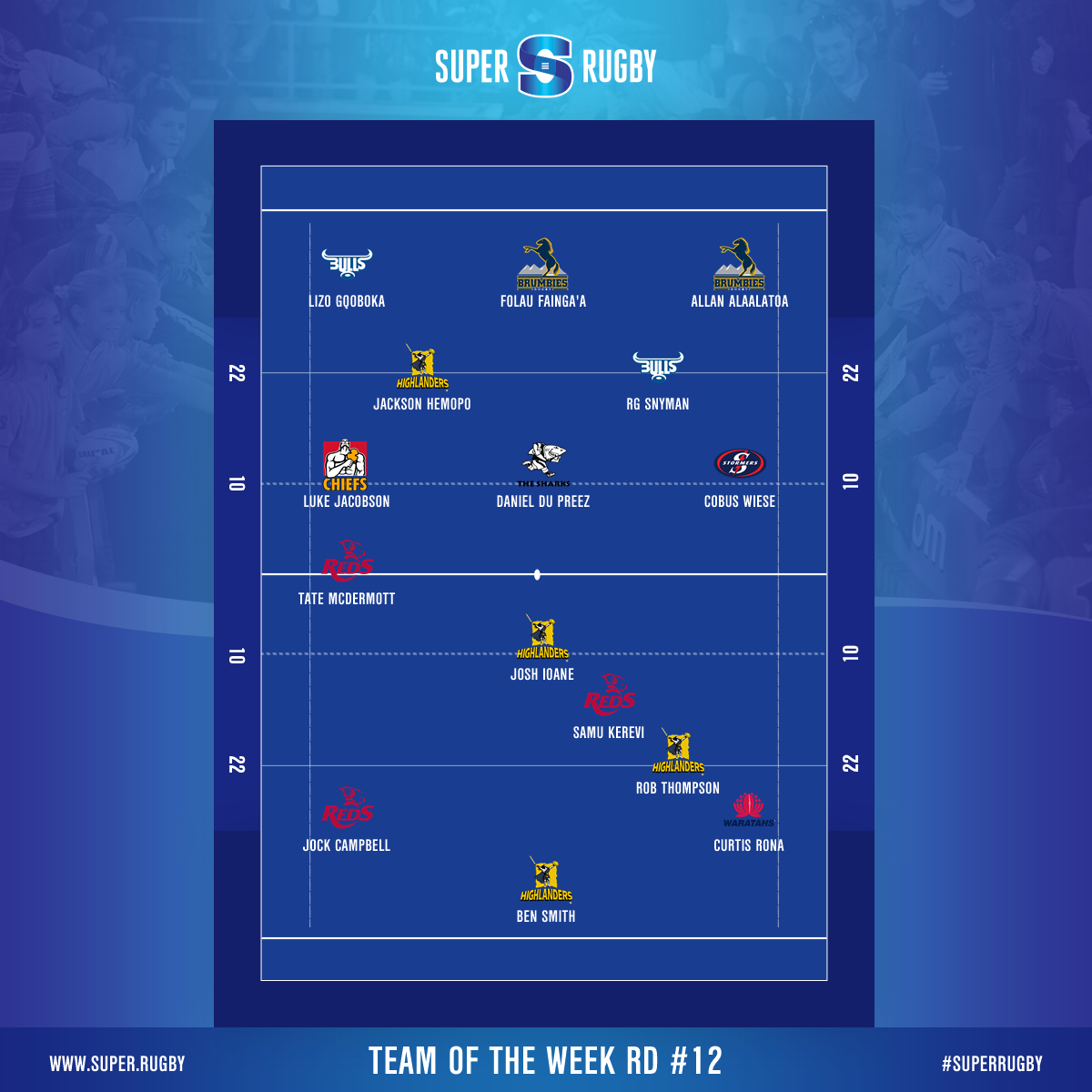 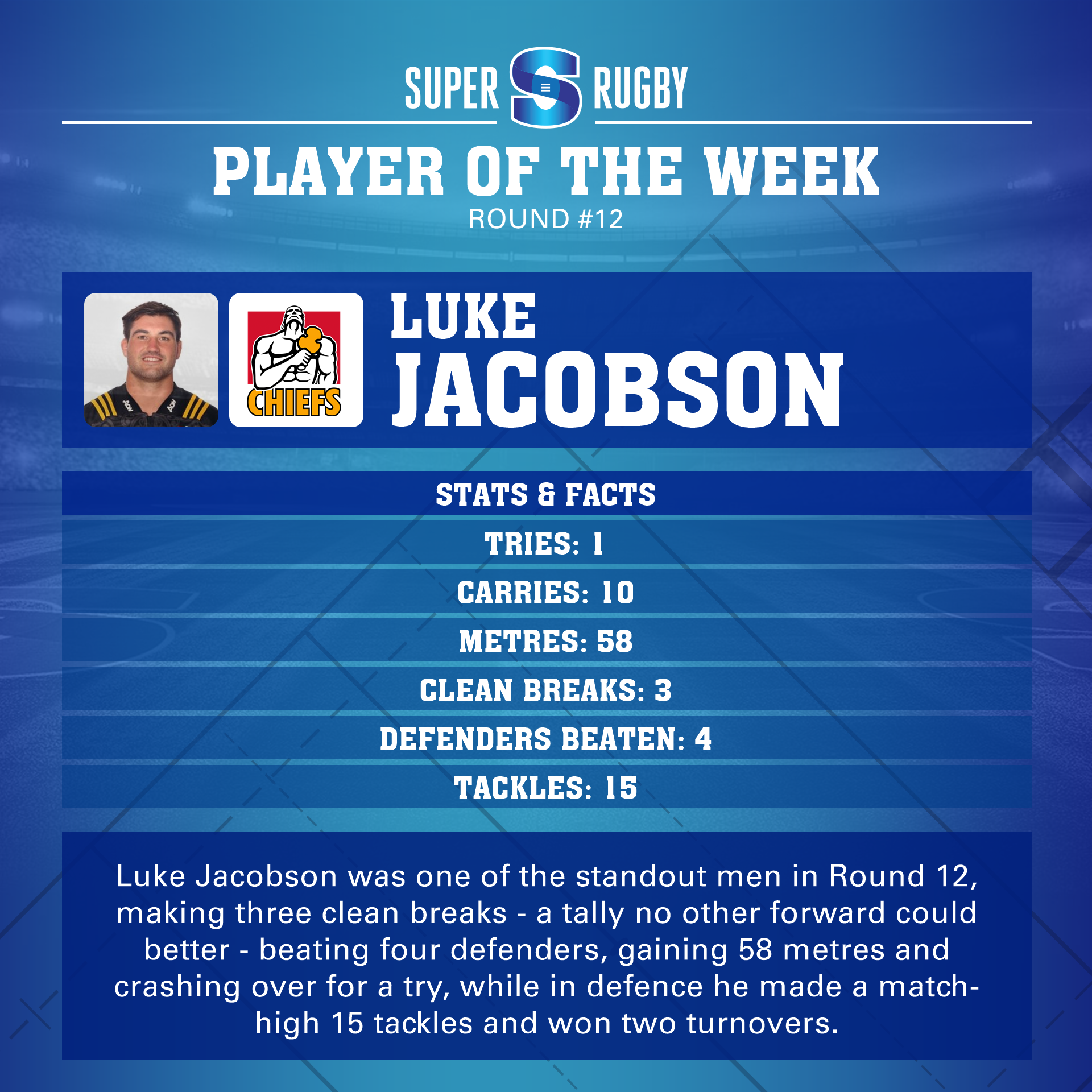