Super Rugby Round #13 Team of the Week

The TOTW has representatives from nine of the teams following another action-packed round that saw the Crusaders and Hurricanes further strengthen their Finals ambitions.

As we approach Round 14 it is clear that the Crusaders and Hurricanes appear to be the teams to beat this year, while Finals positions in Australia and South Africa are still wide open. The battle for Conference top spots is as close as ever with all five South African teams still capable of finishing in first spot to guarantee a home quarter-final. In Australia, the Sunwolves have lost ground but the Brumbies, Rebels, Reds and Waratahs can all still finish first.

Round #13 saw several players lift their game as the Finals approach and selection for The Rugby Championship and Rugby World Cup looms. Hurricanes fly-half Beauden Barret was back to his imperial best as the only No.10 to pass double figures in tackles (13), while still contributing a try and the third-most running metres in his position (64). Brumbies centre Tevita Kuridrani produced his best game of the season with the most try assists (3), as well as making the second-most running metres by an outside centre (78) and beating three defenders from just six carries.

No fullback made more offloads (3), kicks in play (8) or beat more defenders (7) than Waratah fullback Kurtley Beale who didn't miss a single tackle either. Crusaders wing George Bridge made seven clean breaks - three more than any other player - and made the most carries of any back (17) and also assisted a try. Player of the Week is Lions wing Aphiwe Dyantyi who scored a try, was one of only three players in his position to run for over 100 metres (103), made two offloads, two clean breaks, beat five defenders and made five tackles on defence.

The Lions versus Waratahs match was a tough, no-holds-barred cliff-hanger in Johannesburg and the match statistics led to eight players from the match earning a spot in TOTW! Including Lions hooker Malcolm Marx who played 80 minutes as he made the joint-second most carries by any player (17), made the second-most running metres by a forward (84) and won the joint-most lineout throws (13). Waratahs captain Michael Hooper beat five defenders and made three clean breaks  - no forward could better either tally - while he also gained the third most metres of any forward (69) and crossed for a try. 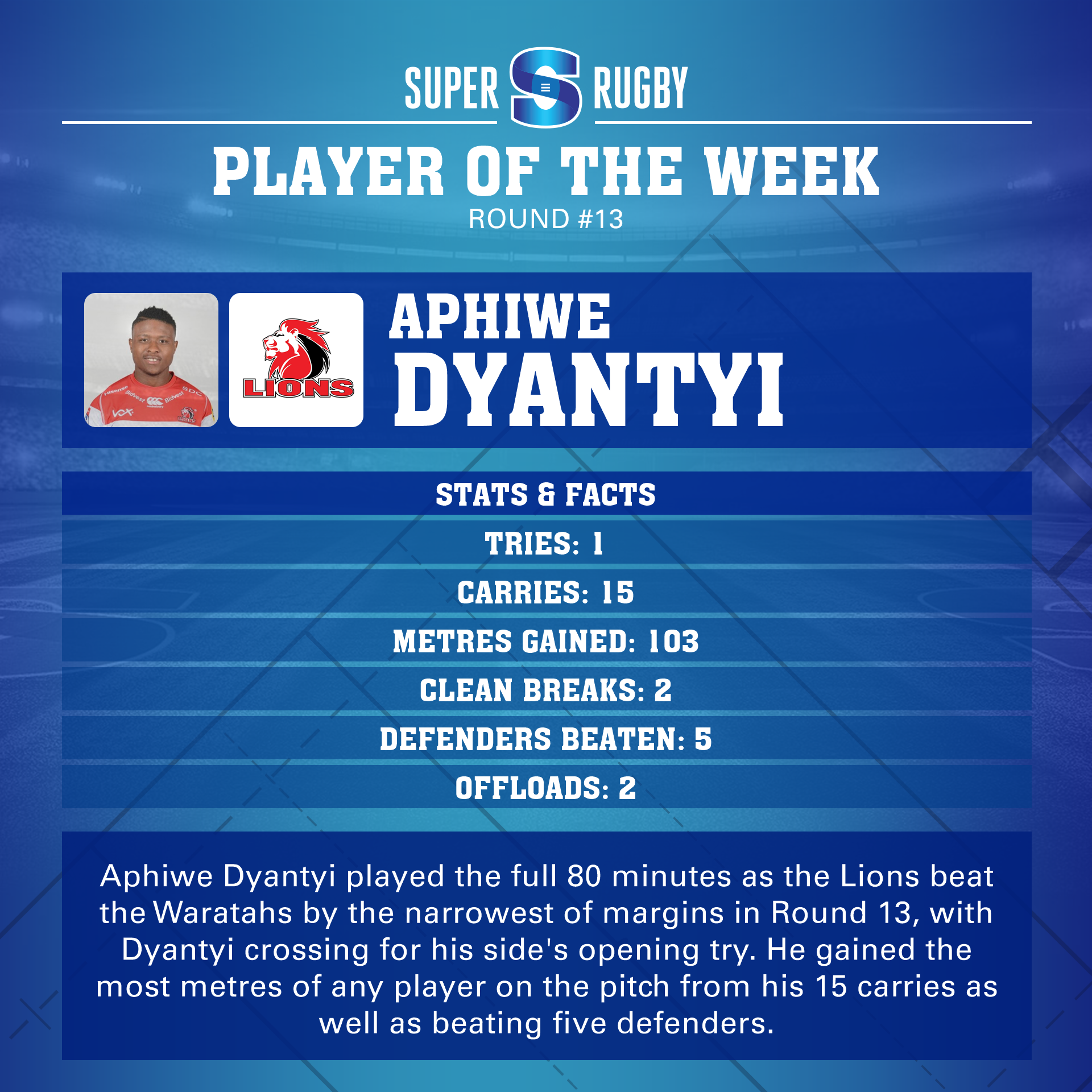 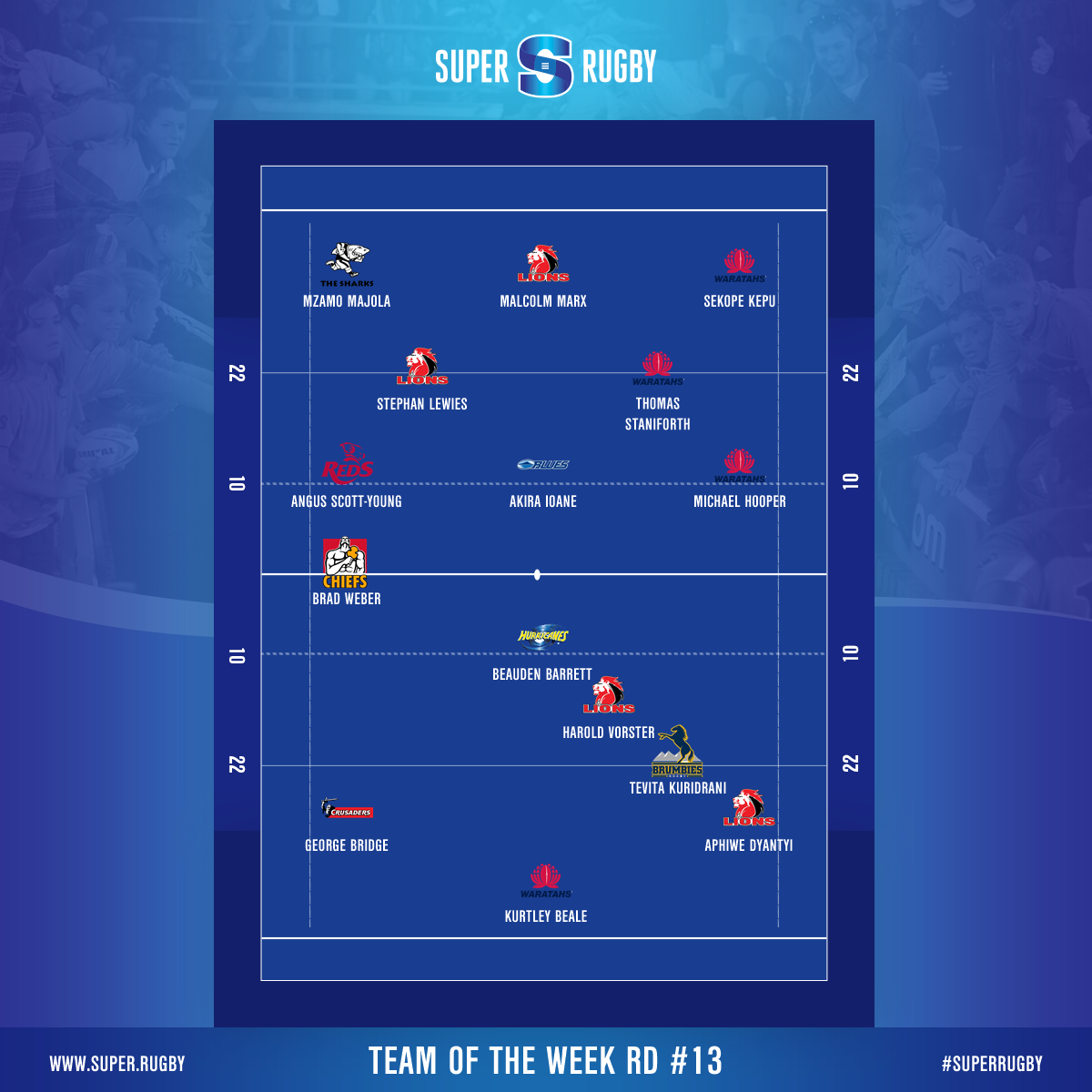