Super Rugby Round #14 Team of the Week

The TOTW has representatives from nine of the teams following two away wins and a draw as leaders Crusaders and Hurricanes stumbled.

It was quite an opening to round 14 on Friday when the Hurricanes and Rebels both lost at home as the Jaguares and Bulls showed they are potential contenders this year - with both now joint leaders of the South African Conference. With four rounds to go all points are vital and any loss could be very damaging to a teams' finals ambitions.

Waratahs fullback Kurtley Beale impressed again in absence of Folau as he made the most carries of any player in Round 14 (18) and also assisted in a try as the Waratahs beat the Reds. Jaguares centre Jeronimo De La Fuente [pictured] beat eight defenders, two more than any other player in the Round, gained 51 metres and crossed for an important try; while Rebels wing Marika Koroibete was one of just four players to cross the try line twice at the weekend, he also gained 69 metres from his 12 carries and made seven tackles. Player of the Week is Rebels team-mate Will Genia who crossed for a try, while he also made the most carries (13), metres (53) and beat the most defenders (4) of any scrum half in Round 14.

Up front Reds hooker, Alex Mafi reminded Wallaby coach Michael Cheika of his abilities as he didn't miss any of his lineout throws (4/4), made 12 tackles without missing and also crossed for a try. The Tahs' Michael Wells put in a big shift at No.8 as he crossed for two tries and hit double figures for both carries (10) and tackles (11).

In the pulsating Stormers v Crusaders draw in Cape Town flanker Matt Todd again showed his consistency with three offloads while he also crossed for a try from nine carries and in defence made 11 tackles.  Meantime the Bulls impressive victory in Melbourne was led by the pack and lock RG Snyman who also made three offloads, made 13 tackles and won six lineouts, including one steal.  Off the back of the pack fly-half Handre Pollard scored 17 points thanks to a try, three conversions and two penalties - as well as gaining 44 metres and beating three defenders from just eight carries. 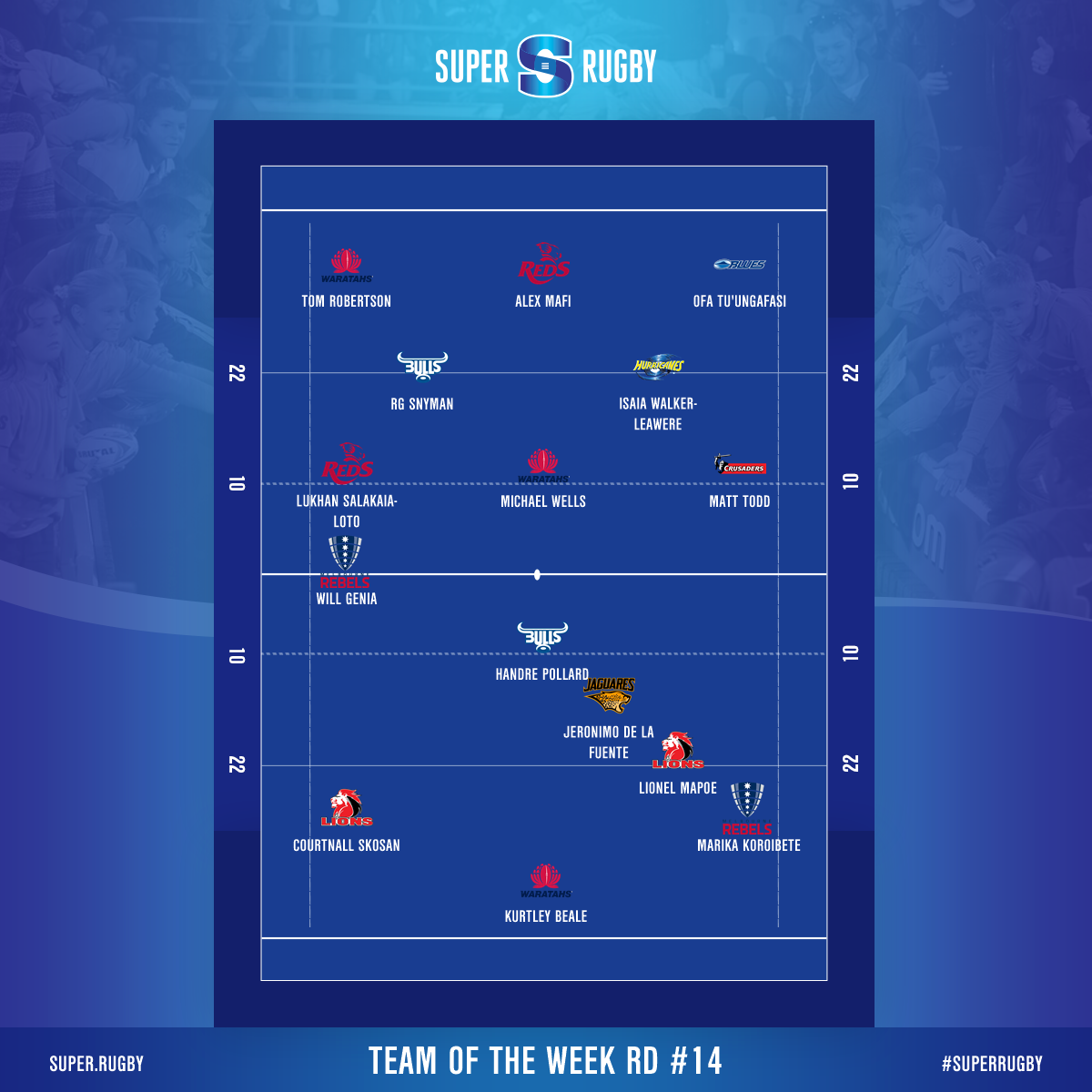 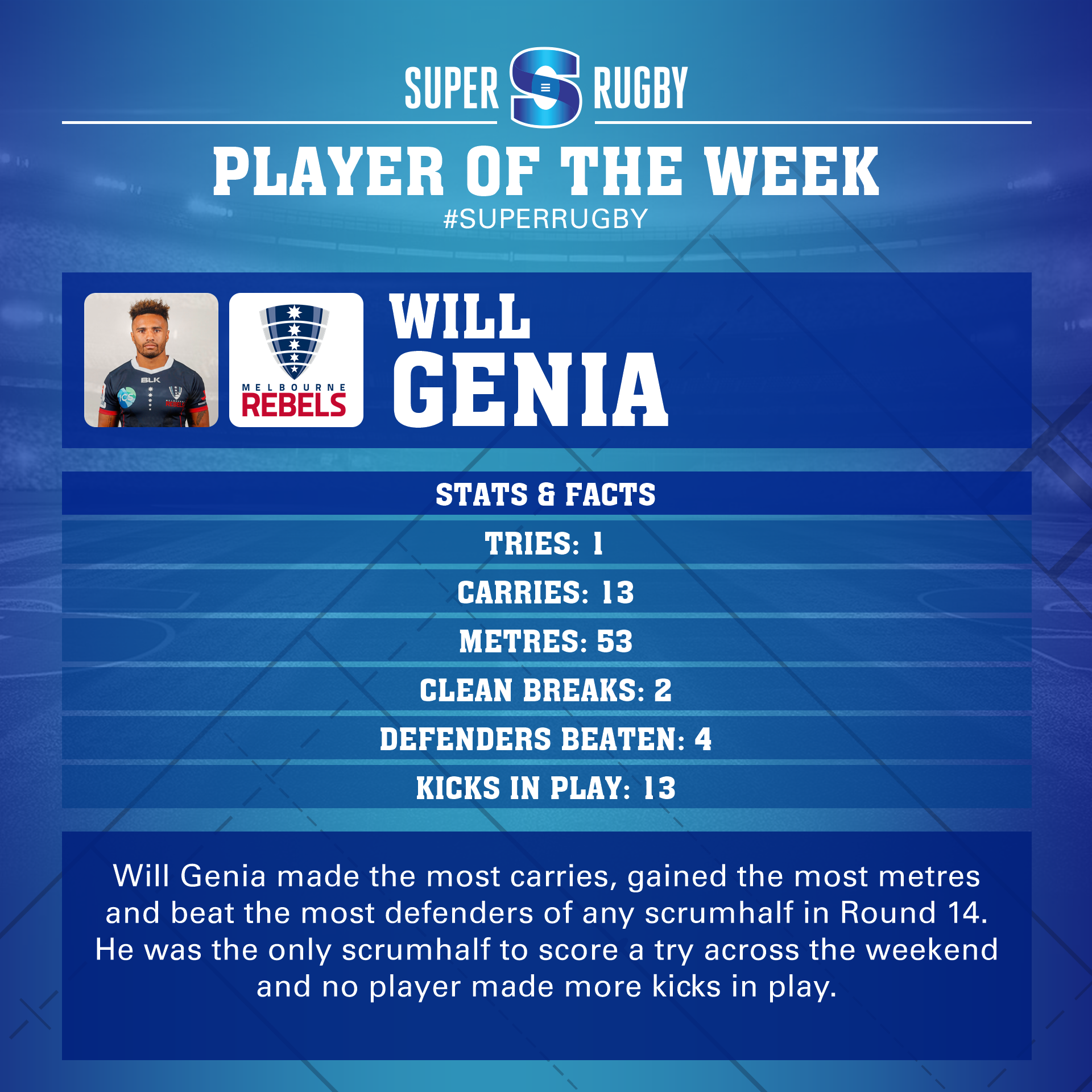