Super Rugby Round #15 Team of the Week

The TOTW has players from seven teams following two away wins, as Crusaders, Jaguares, Rebels, Brumbies and Sharks all won to strengthen their push for the Finals ....

It was a good weekend for the top two teams in the Australian Conference with the Brumbies and Rebels both securing wins and the TOTW backline reflects this: Rebels fullback Dane Haylett-Petty and wing Marika Koroibete both feature as try scorers against the Sunwolves, while fly-half Quade Cooper created the joint-most try assists (2) by any player, landed the most conversions (6) and made the most tackles by a No.10 (12).

Player of the Week is Brumbies centre Tevita Kuridrani who was in even better form and was the only player to score a hat-trick (3 tries) in Round 15 and his 4 clean breaks were second-most of any player. Meanwhile, Highlanders winger Waisake Naholo returned to the field and form and scored a try, made the most carries (16) by a winger, gaining 104 running metres and winning the equal-most turnovers by any player (3).

Bulls lock RG DSmyman again features up front, he won the joint-second most lineout throws (8) of any player, while no second-rower won more turnovers (2) or beat more defenders (2). He is fast becoming a must-have for the Springbok pack. Joining him the second-row is Stormers' Cobus Wiese who won five lineouts, made 9/10 tackles, and gained 33m from eight carries, as well as crossing for a try.

The Chiefs hard-working pack has been rewarded with the inclusion of prop Atunaisa Moli and two impressive backrow forwards. Flanker Lachlan Boshier made the second-most tackles (22/25) and won the equal-most turnovers (3) of any player, as well as winning three lineouts. No.8 Pita Sowakula made the most tackles (27) of any player, scored a try and was the only forward in the round to make multiple clean breaks (2). 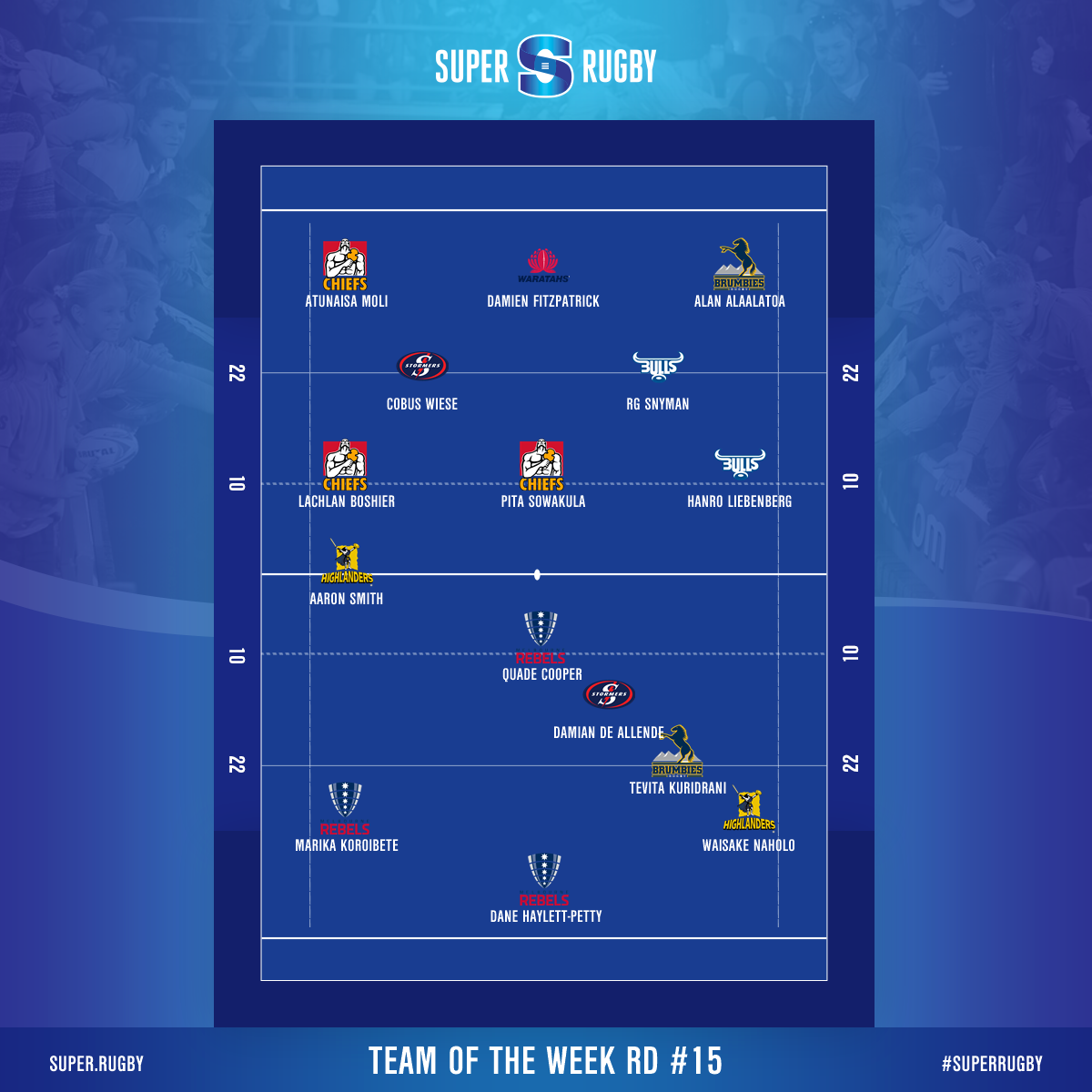