Super Rugby Round #16 Team of the Week

The TOTW has players from nine teams following another action-packed round that delivered another draw and four away wins...two rounds to go and a dozen teams in quarter-finals mix.

The Lions were big winners in round 16 jumping back to second spot in the South African Conference after beating the Stormers. Young flanker Vincent Tshituka makes his first TOTW while No.8 Kwagga Smith was in fine form winning three turnovers, making three clean breaks and crossing for a brace of tries. Team-mate and hooker Malcolm Marx is back in the team - he made more carries (11) gained more metres (62), made more clean breaks (3), and made more tackles (14/14) than any other hooker.

Bulls lock RG Snyman continues to impress making the TOTW for the third week in a row and is joined in the second row by young Reds lock Angus Blyth who made 13/13 tackle attempts, won one turnover, and won eight lineouts - the joint second-most of any player. 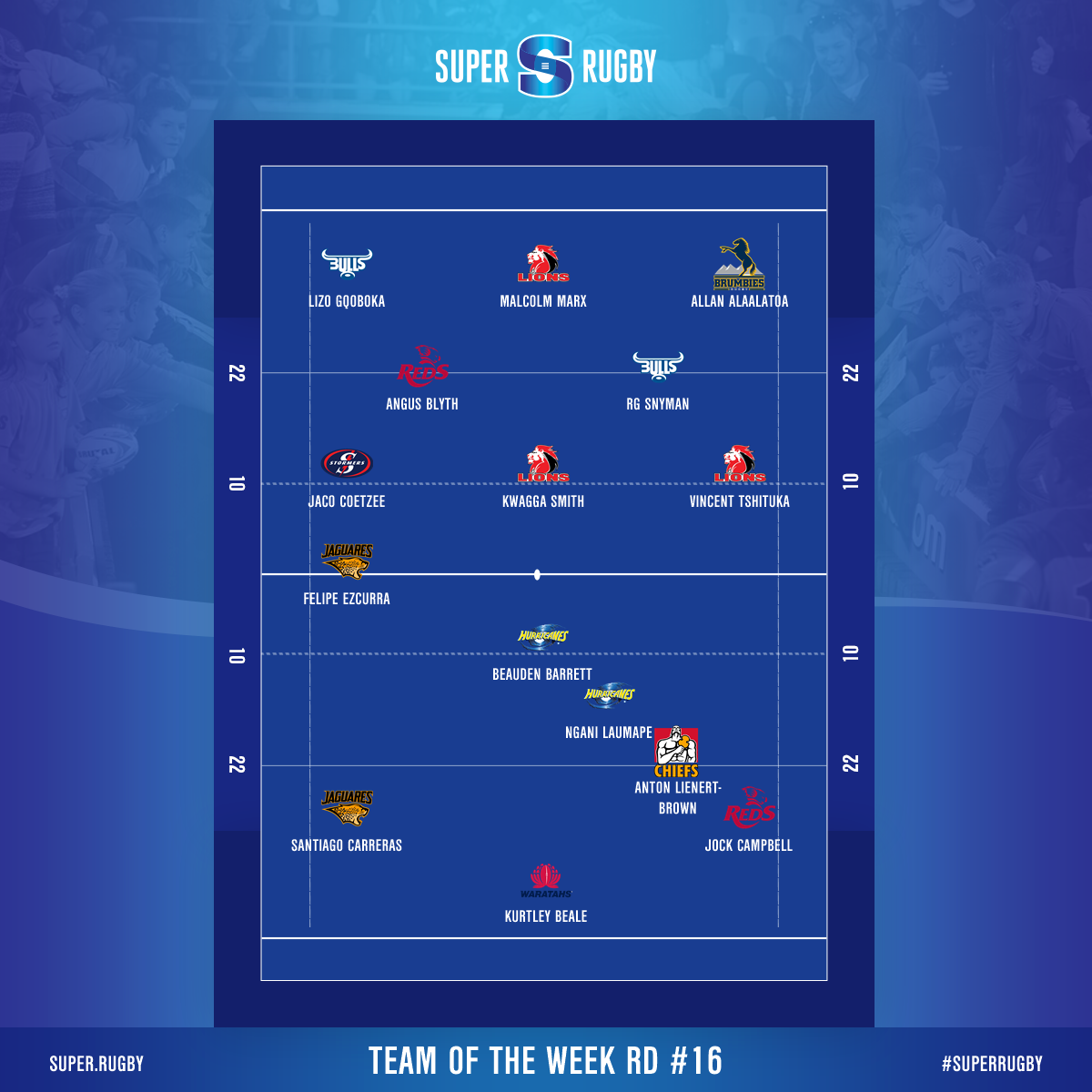 There is a lot of talk about who should play fullback for the Wallabies this year but Waratah fullback Kurtley Beale produced another fine performance - he beat a round-high 11 defenders, and made a joint round-high four clean breaks, as well as gaining 123m from 15 carries. One of Super Rugby's standout backs this year, Anton Lienert-Brown of the Chiefs, is in the lineup after making the second-most carries of any player (19), making three clean breaks, two offloads, and beating four defenders.

The halfbacks are an interesting partnership with All Black and Hurricanes fly-half Beauden Barrett joined by up and coming Jaguares scrum-half Felipe Ezcurra. Barrett is Player of the Week and steered the 'Canes around in their win over the Sharks and scored 15 points, while Ezcurra made 12 tackles (four more than any other scrum half), scored a try, and provided a try assist. 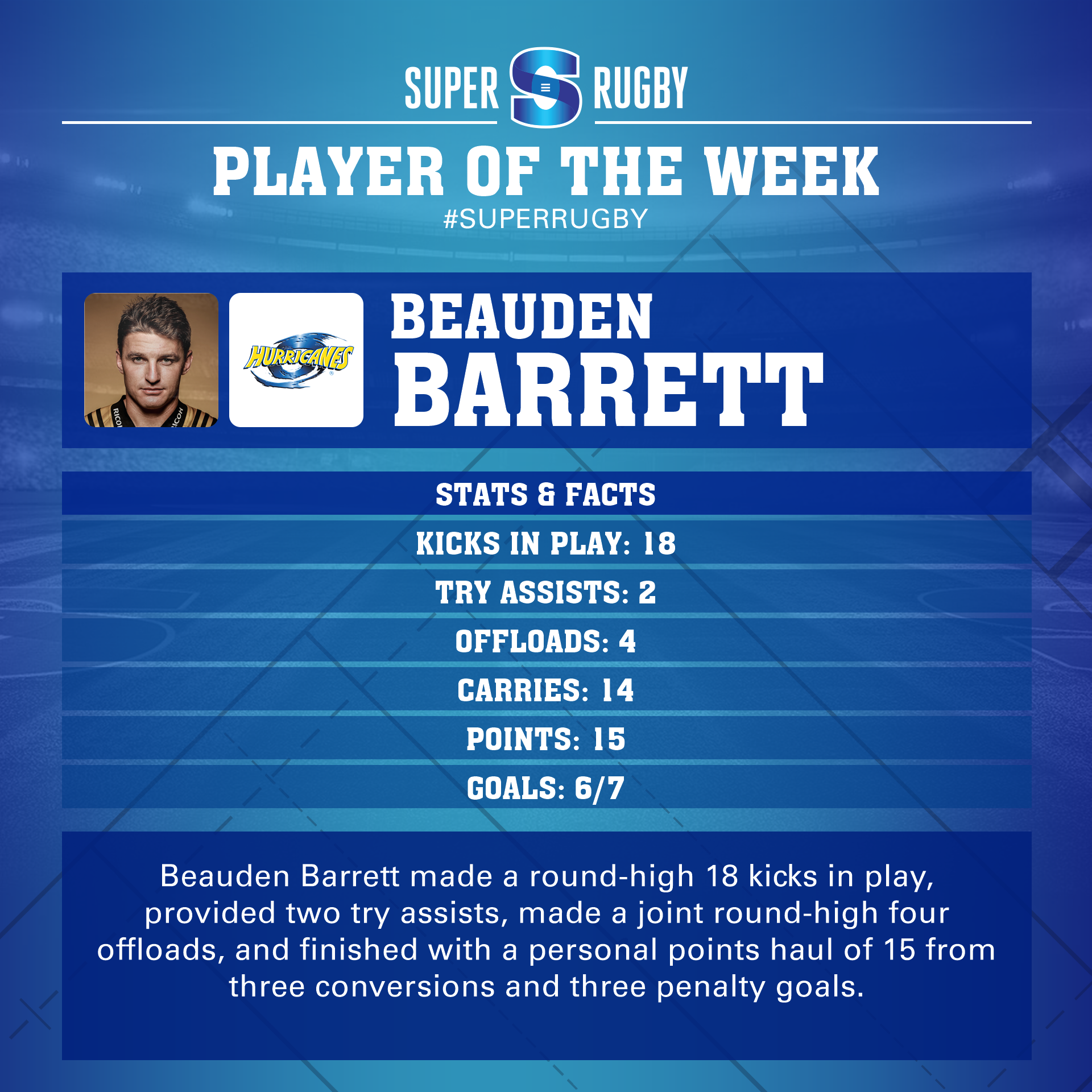