Super Rugby Round #17 Team of the Week

The TOTW has players from just six teams this week and is dominated by Crusaders, Highlanders and Brumbies after results locked in the four home quarter-finalist and left eight teams fighting for the final four spots.

The Crusaders were in irresistible form in Round 17 despatching the Rebels in Christchurch by 66-0. The backs ran riot after the pack took control of the match with wings Braydon Ennor and Sevu Reece scoring three tries each; center Ryan Crotty scored a try, beat the second most defenders (9) of any player while making the most metres (90) in his position; fly-half Richie Mo'unga kicked 7/8 conversions, produced four try assists, and ran for the second-most metres (73) by a No.10.; and Player of the Week fullback David Havili scored two tries, made the most carries (19) of any player, ran for the most metres (177), making three clean breaks and beating six defenders.

The Brumbies secured top spot in the Australian Conference with a solid win in their derby against the Waratahs in Sydney. In the front row Alan Ala'alatoa made seven carries and 10/11 of his tackles, while hooker Folau Fainga scored a try, nailed 11/11 lineout throws and made the most running metres (53), clean breaks (4) and defenders beaten (4) by a hooker. Meanwhile lock Rory Arnold scored a try, made 7/7 tackles, and won nine lineouts (incl. one steal), the most of any player in Round 17. 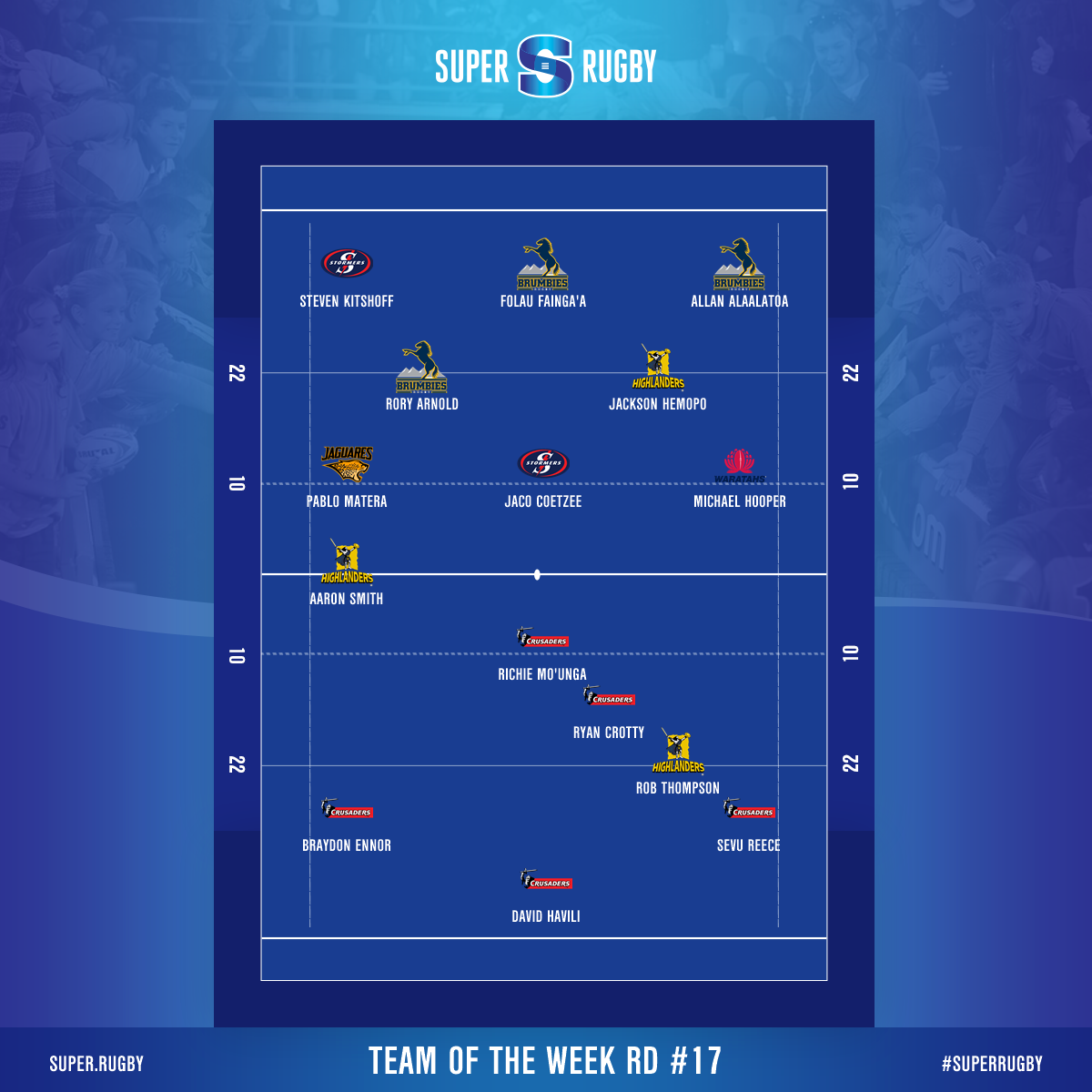 Despite playing out a thrilling draw with the Bulls the Highlanders has some standout performers including scrum-half Aaron Smith who made 10/10 tackles, lock Jackson Hemopo who made three off-loads and won three turnovers and centre Rob Thomson who beat 10 defenders, the most of any player in the Round.

Other notable performers were: Jaguares flanker Pablo Matera in Buenos Aires, no player in his position made more carries (11), offloads (3) or won more turnovers (3); Stormers No.8 Jaco Coetzee who scored two tries and was the only No.8 to win multiple turnovers (2) and beat five defenders. 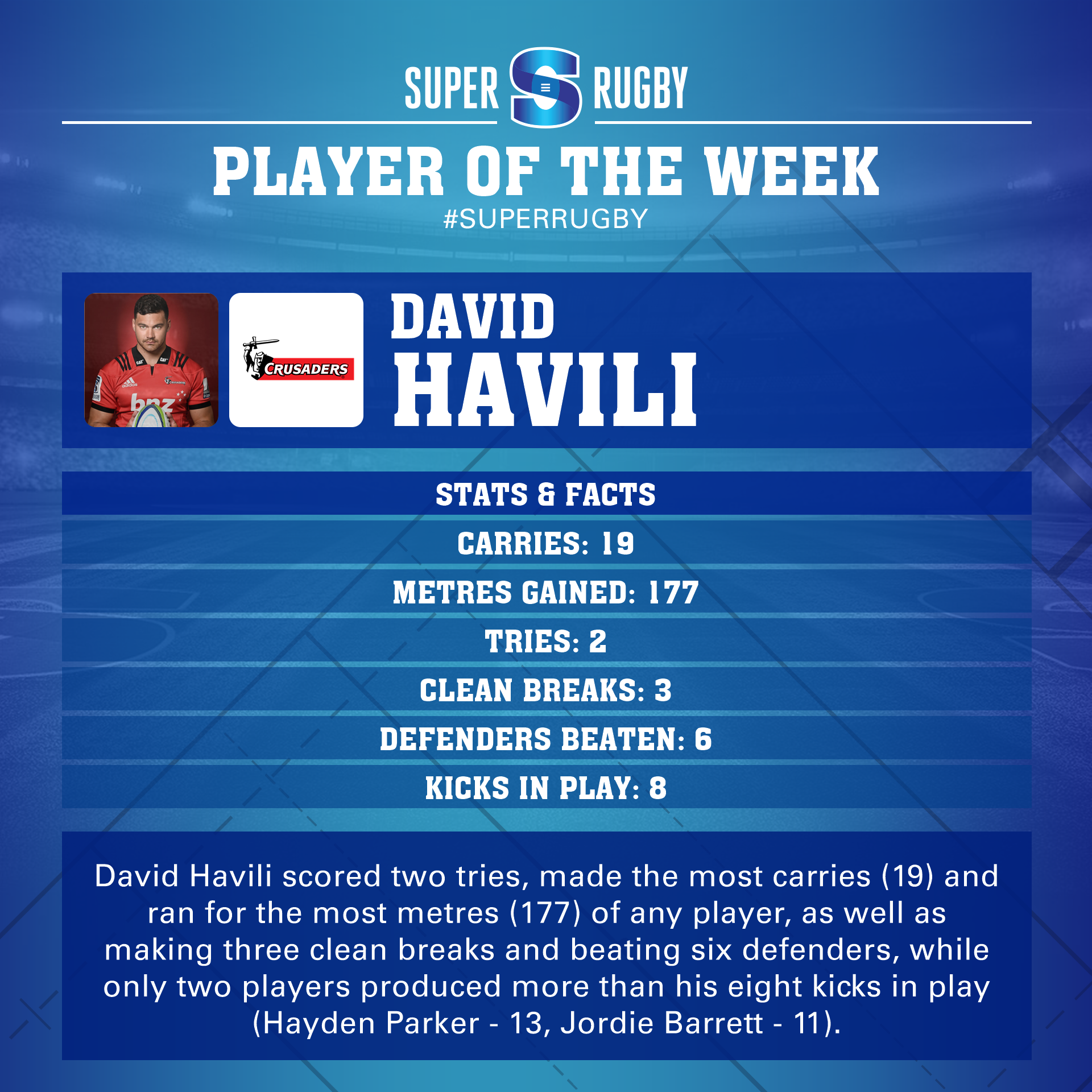