Super Rugby Round #18 Team of the Week

The final TOTW of the regular season is dominated by the Chiefs who won their last three matches to qualify for the Finals, including a last round win over the Rebels in Melbourne.

The Chiefs contribute a third of the team while the Jaguares, on a five-match winning streak, provide three players including winger Sebastian Cancelliere who gained the most metres of any player in Round 18 (169) thanks to a joint round-high five clean breaks, while he scored two tries and assisted another. Hooker and team-mate Julian Montoya scored a try, made 14/14 tackles and produced a 100% record with his lineout throws (16/16).

The five Chiefs are prop Angus Taavao-Matau, backrow forwards Lachlan Boshier and Sam Cane, centre Anton Lienert-Brown and wing Shaun Stevenson. Cane cored a try and made 17/17 tackles - the most by any player to not miss a single hit. Lienert-Brown scored a try, ran for the most metres by any centre (114), made four clean breaks and beat a joint round-high eight defenders. Player of the Week is Stevenson scored three tries, produced a try assist, made five clean breaks and beat five defenders while running for 161 metres. 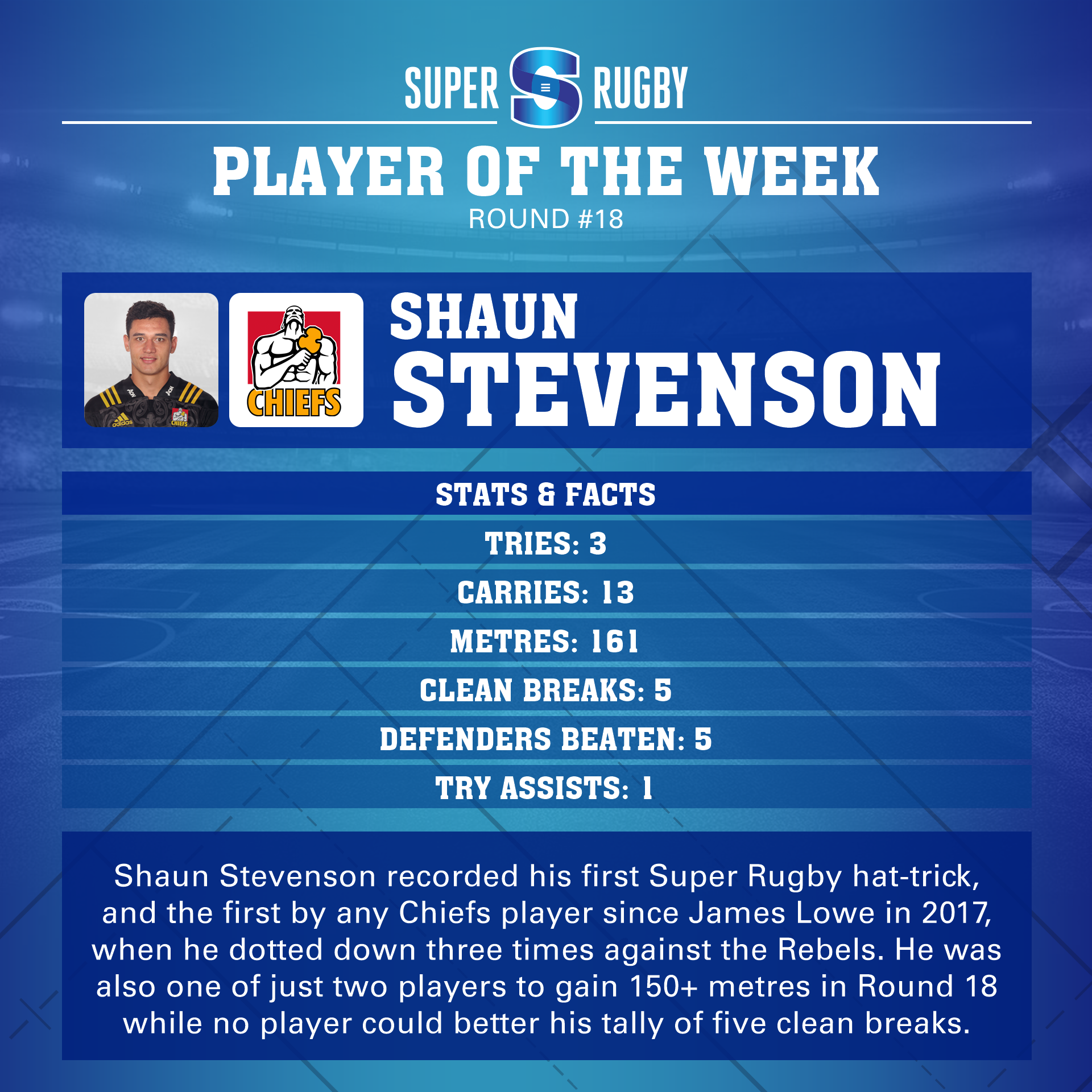 Players who stood out in lost causes include Rebels No.8 Isi Naisarani who gained the most metres (75) by a forward from his 17 carries, as well as making 13/13 tackles; and Reds fullback Bryce Hegarty who scored a try, made 4/4 with his goalkicking, made two clean breaks, beat three defenders and didn’t miss a single tackle (5/5). 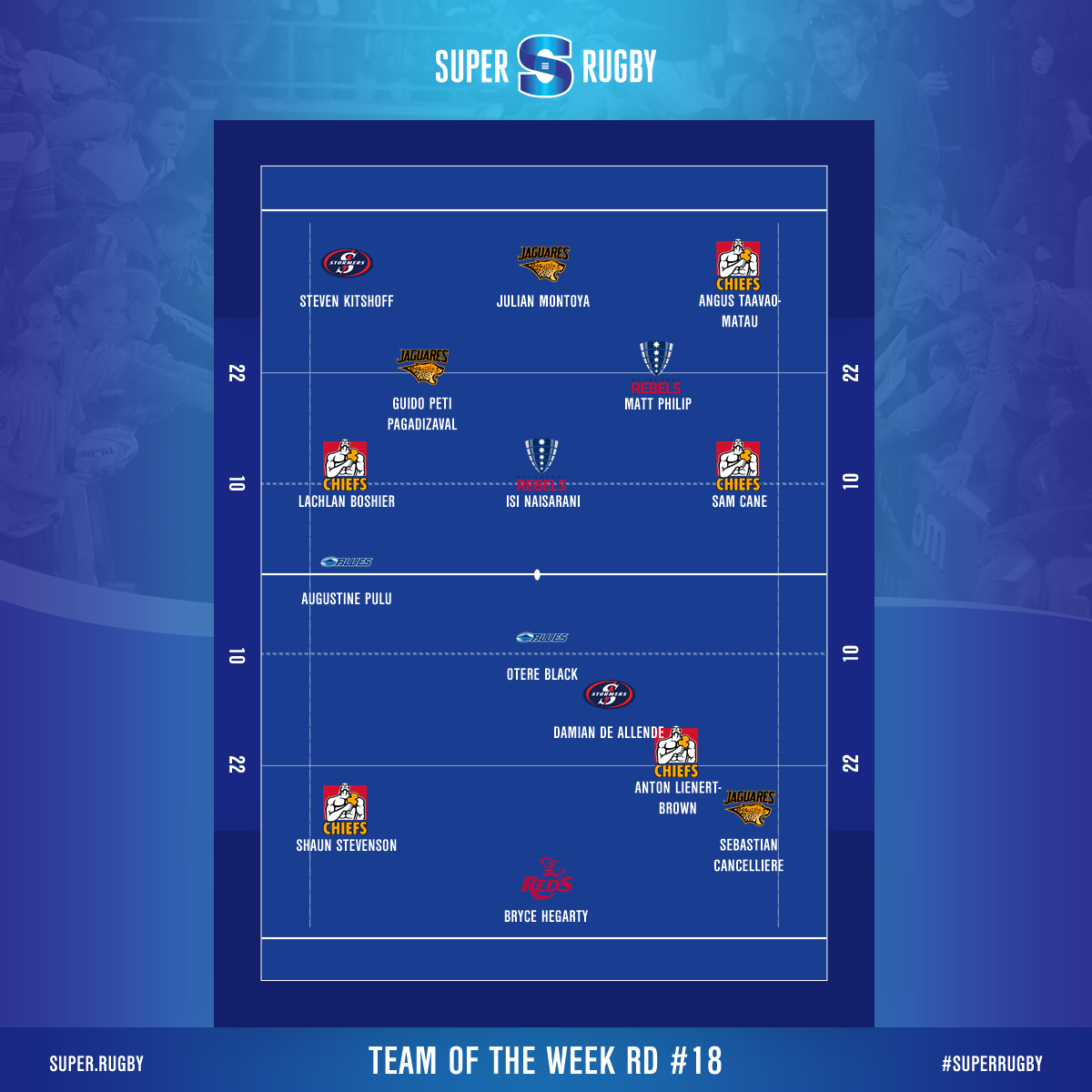