Super Rugby Round #2 Team of the Week

The Super Rugby Team of the Week has representatives from eight of the teams from a round that produced six home wins which was a turn around from week one when there were six away wins!

The Crusaders and Waratahs contribute three players each after their wins on the weekend. Standout players were Sunwolves winger Gerhard van der Heever who scored two tries in Tokyo; Crusader lock Scott Barrett who also scored a brace of tries and was a workaholic against the Hurricanes; Highlanders backrow forward Shannon Frizell who was another to score twice and who made 11 from 11 tackles; and Waratah fullback Israel Folau who made five offloads, four clean breaks and scored two tries.

Israel Folau put his name into the Super Rugby record books after breaking Joe Roff's record as Australia's highest all-time try scorer in the competition. The Wallabies star came into the match on 56 tries, one behind Roff's career tally of 57 tries and now sits just one try behind New Zealand legend Doug Howlett as the all-time Super Rugby try scorer.

Only four teams remain unbeaten after Round #2: Sharks Crusaders and Highlanders, and Rebels who had a bye; while the Waratahs, Brumbies, Stormers and Jaguares recorded their first wins. 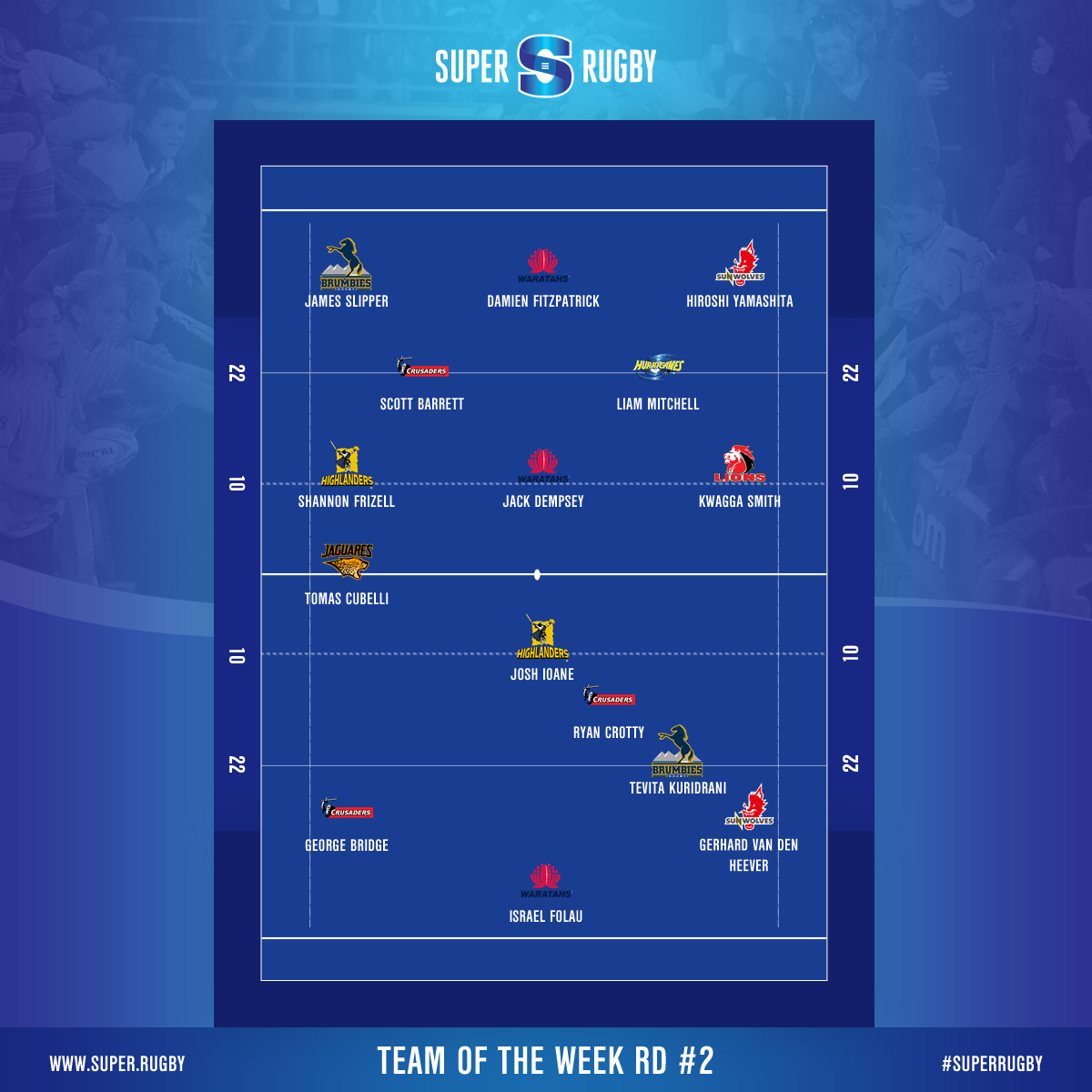