Super Rugby Round #2 Team of the Week

The TOTW has players from nine teams following an eventful round that delivered three away wins while Sharks fullback Aphelele Fassi is POTW.

The Sharks have started the season in red hot form and are unbeaten following a strong victory over the Highlanders. Flanker James Venter is learly enjoying his new team and won two turnovers, made 15 tackles and scored a try. His teammate Aphelele Fassi was electric and scored two tries, made four clean breaks, beat seven defenders and made 7/8 tackles. He is the Player of the Week.

The statistics gave us an all-Australian prop pairing with Reds' JP Smith and Brumbies Alan Alaalatoa strong in defence, while Crusaders hooker Codi Taylor was in fine form. He made more tackles (14) than any other hooker - and didn't miss a single attempt - as well as making six successful lineout throws and beating two defenders. 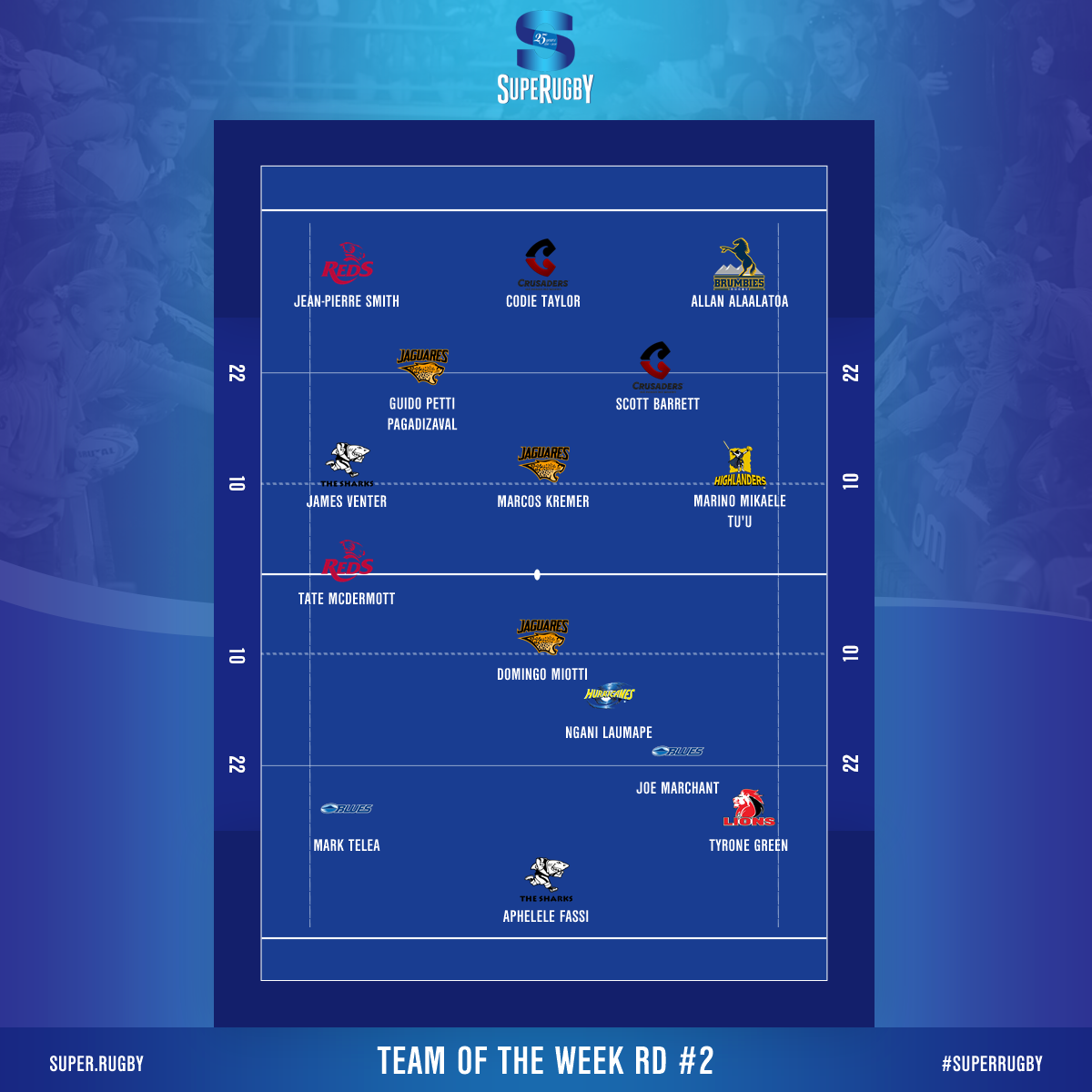 Despite losing on the bell to the Hurricanes in Buenos Aires, the Jaguares contribute three players: Lock Guido Petti makes the team for the second consecutive week, as one of only four players to make 10+ tackles and carries, as does fly-half Domingo Miotti who kicked five goals and completed 8/10 tackles - the most of any fly-half. They are joined by Marcos Kremer who made 18 tackles - the second most of any player - from 20 attempts and crossed for a try. 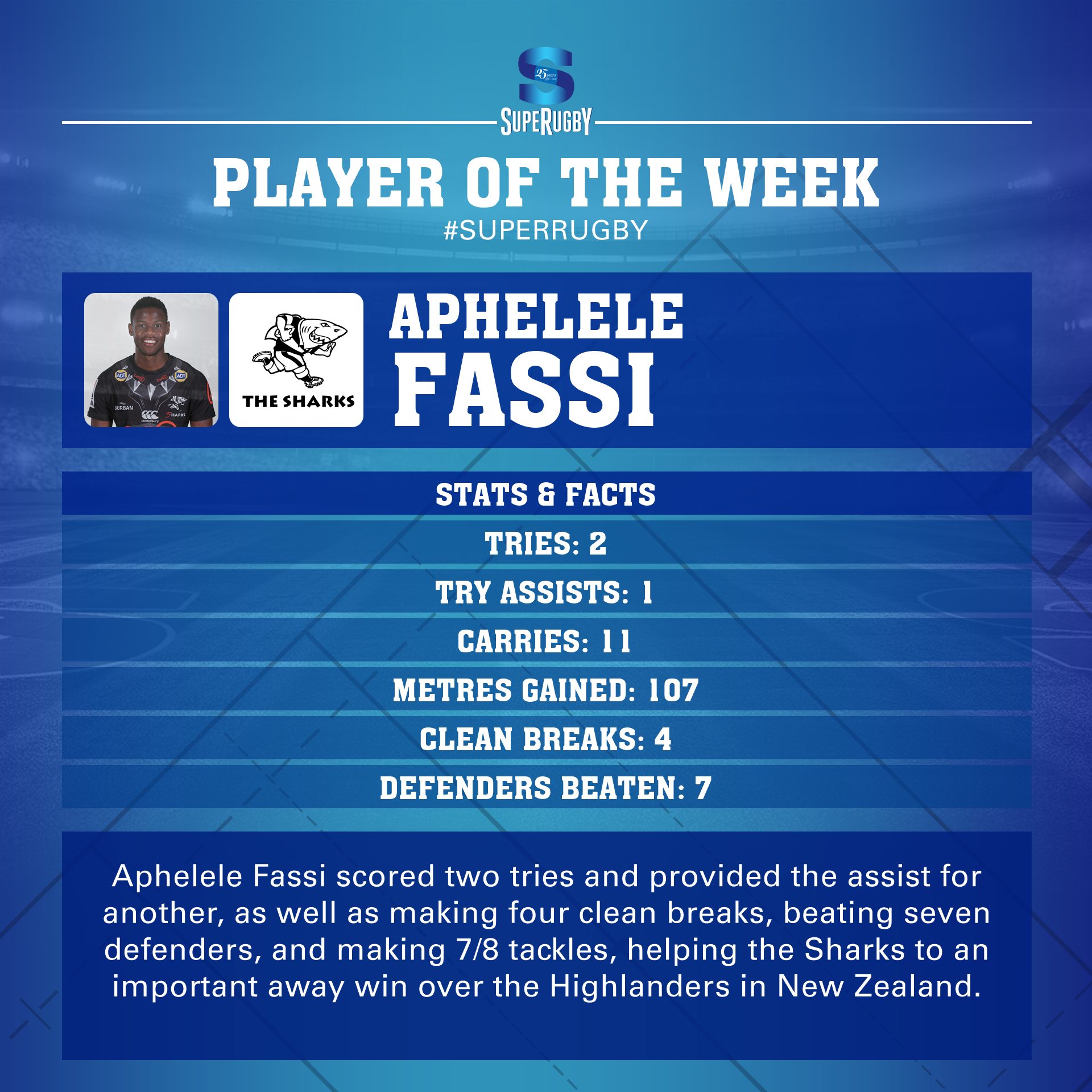